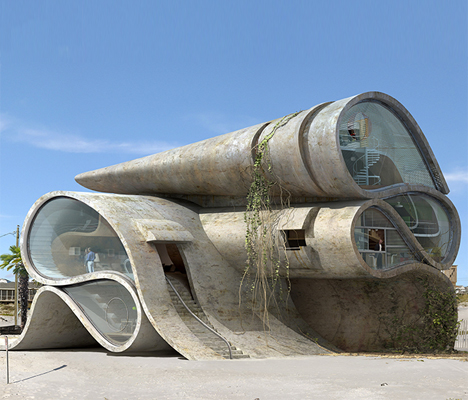 Some spots are such beautiful potential locations for a home, yet repeated natural disasters make them inhospitable for all but the strongest and most durable of dwellings. Architect Dionisio Gonzales imagines just how creative we could get in building disaster-proof structures with ‘Architecture for Resistance,’ a series of surrealist fantasies that often take their cues from natural shapes like shells. 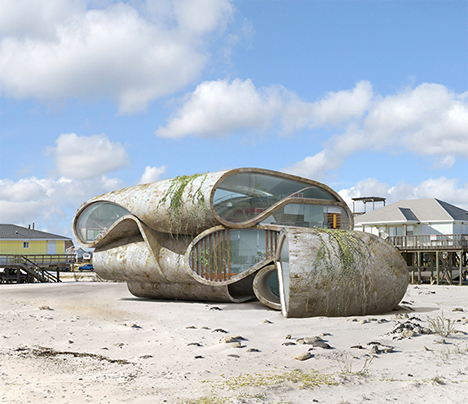 Individual collections envision architecture for a particular location. ‘Dauphin Island’ is a series of hurricane-resistant designs for the island of the same name, located just south of Mobile, Alabama. The island has been hit by one hurricane after another. Gonzales believes that sustainable architecture could stop nature’s cycle of destruction with a dramatic change in the way our houses look. 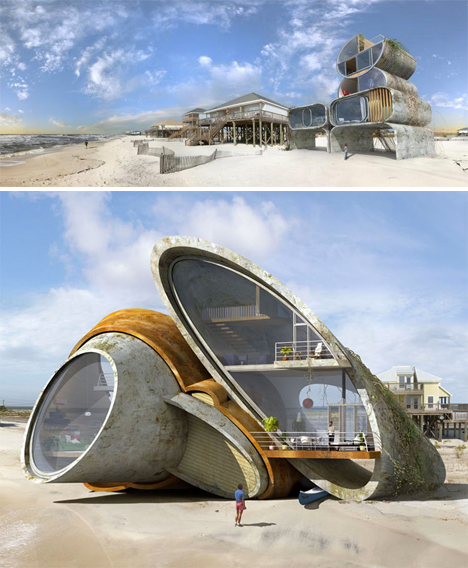 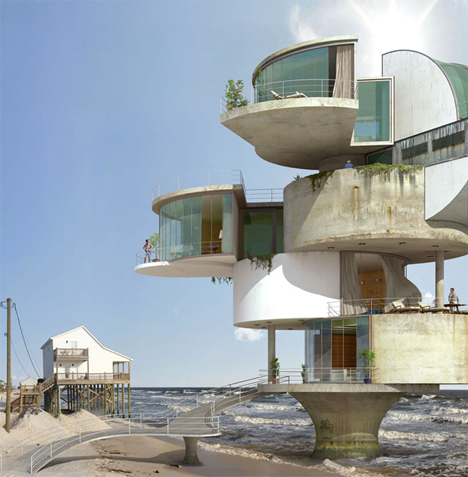 The Dauphin Island creations are “real futuristic forts made of iron and concrete,” with shapes that call to mind sea shells, crustaceans and other marine organisms. It’s easy to imagine these structures closing up like forts to guard against high winds and flooding. 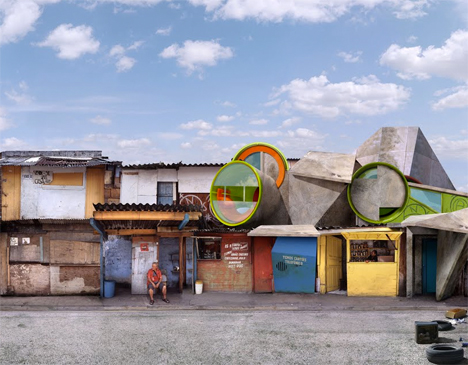 Gonzales also designed bizarro-world versions of Brazil’s favelas and the shabby settlements in the hills of Busan, South Korea, making a commentary on the coexistence of the wealthy and the very poor. The designs bring visually disjointed, futuristic structures into neighborhoods that are already chaotic in an attempt to legitimize the architectural vernacular of each location.