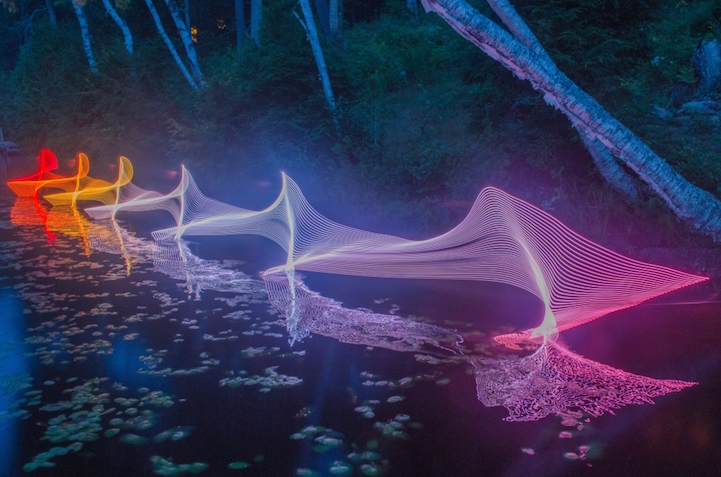 Strange undulating patterns of colored lights seem to slink across the surface of water like living entities in this captivating series of images by Ontario-based photographer Stephen Orlando. In a variation on the art of light painting, Orlando attaches LED lights to the oars of kayaks and canoes, literally spotlighting their movements as they cut through rivers and lakes. 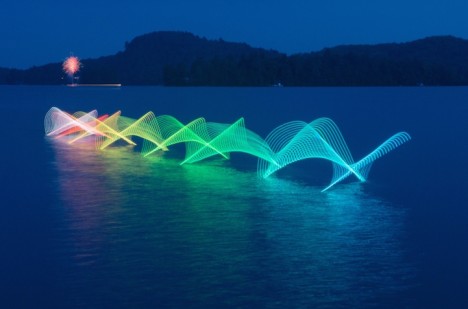 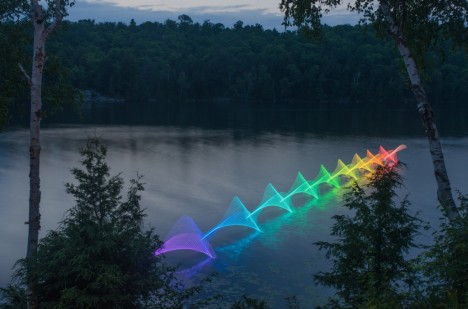 Long exposures capture nothing but the lights as the subjects move against the backdrops, erasing the kayaks and the humans piloting them. The result is surreal, as if bioluminescent alien creatures were gliding on the surface of the water. 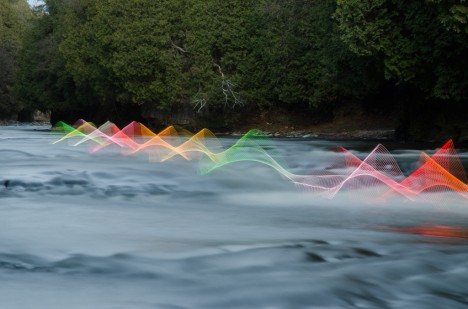 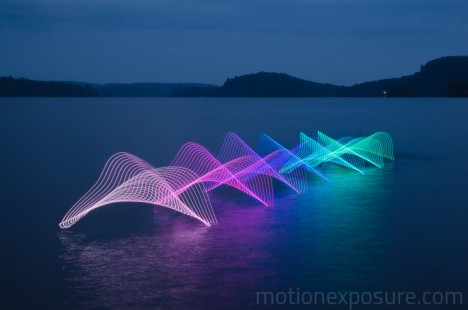 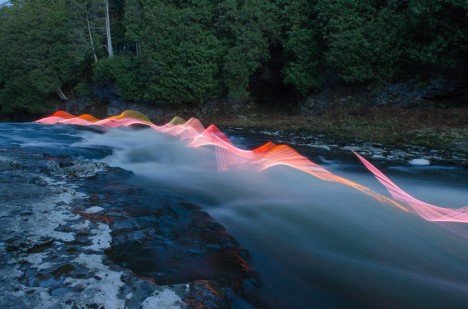 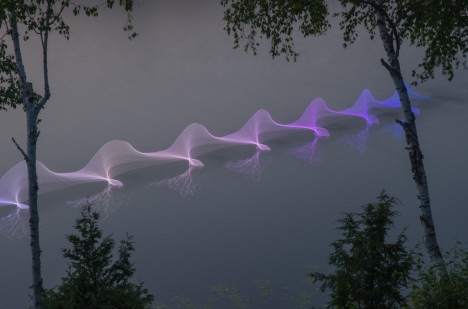 “This technique reveals beautiful light trails created by paths of familiar objects. These light trails have not been artificially created with Photoshop and represent the actual paths of the objects.” 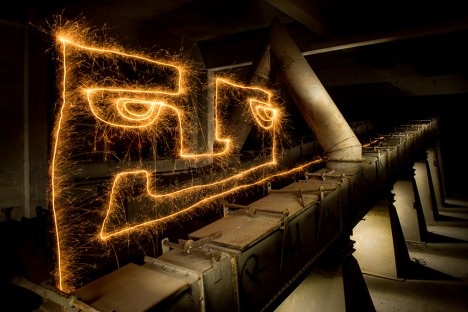 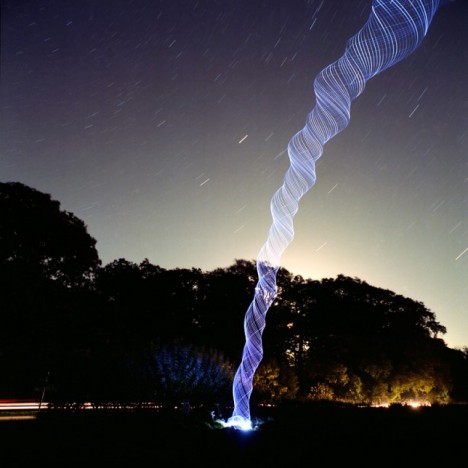 Another project takes light painting to a more urban setting, with painter Diliz capturing faces in sparks. Cyclones of light also appear to break through the surface of the earth and bodies of water in stunning works by Martin Kimbell.