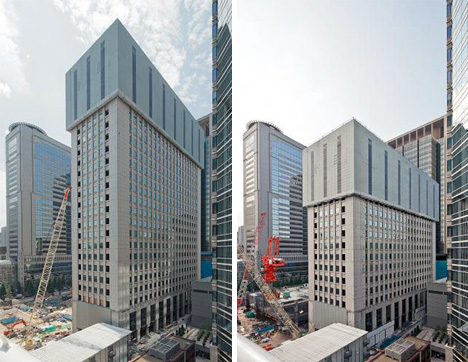 Japanese culture is commonly thought of as being centered around quiet politeness and public respect. If so, this may be a physical representation of that interpretation – a remarkably subtle and deferential structure-destroying process with many levels of conscientious thought behind it (not to mention a brilliant visual effect, per the video below). 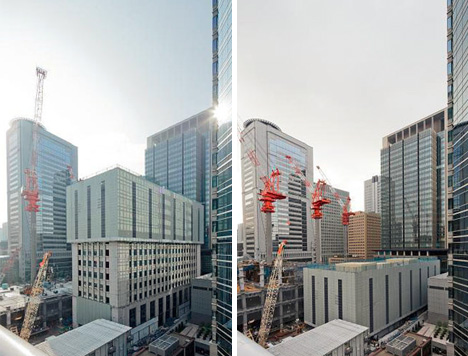 This elegant form of razing is “reverse engineering” in a much more literal sense – taking apart what has been put together with equal care. The strange structure that seems to move down the building does just that: at each stage, it is held up, then strategically lowered as the process unfolds, making it appear as if the building is shrinking (perhaps imperceptibly to pedestrians, but noticeable as time lapses).

Demolition might be too strong a word: Taisei’s Ecological Reproduction System (aka Tecorep) caps buildings and proceeds to disassemble them piece by piece and level by level in order to reuse intact components and materials. While the approach is not entirely unique to Japan, the lengths gone to in these cases to dampen sound and reduce construction clutter are particularly pronounced. 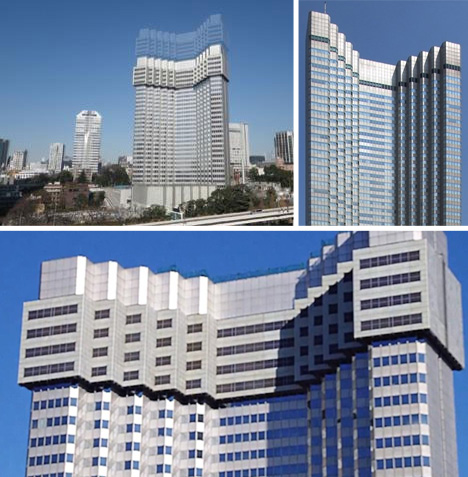 The process does more than just aid in reuse – it lower environmental impact, from dust and debris to sound, all of which are buffered. And as elements are dropped down by crane, the power generated by that release of potential energy serves to generate electricity for the deconstruction efforts. The entire system is, in short, incredibly considerate and extremely well thought-out.