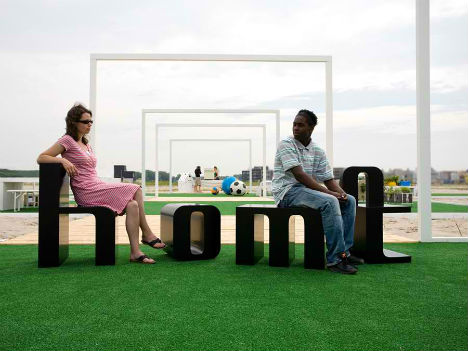 Each of Roeland Otten’s 26 ABChairs is shaped like a letter of the alphabet, and can be placed in groupings to spell out words. Otten plans to have the chairs manufactured in molded plastic so they’re light, affordable and suitable for outdoor use.

Alphabet Drawers by Kent and London 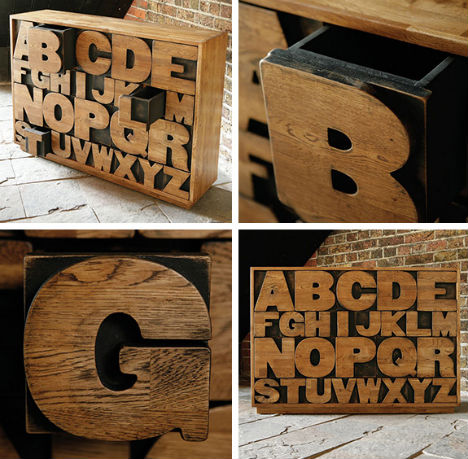 Inspired by vintage printing blocks, this solid oak chest by Kent and London has – you guessed it – 26 drawers. 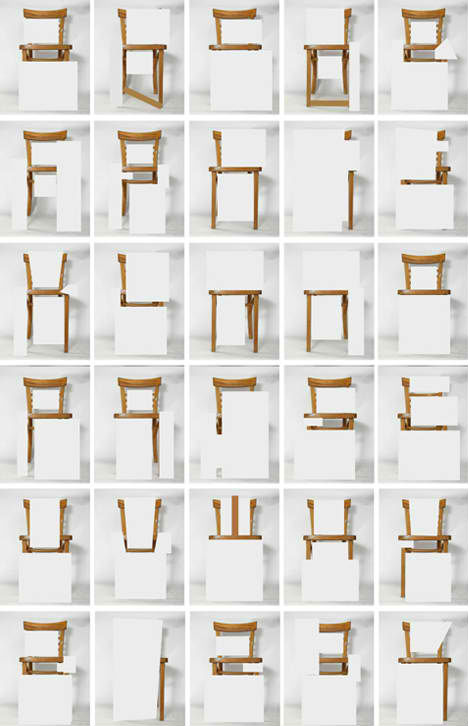 Artist Amandine Allesandra plays with the line between alphabetic and ideographic writing with this series, which reveals and conceals the letters of the alphabet in the various parts of an ordinary wooden chair. 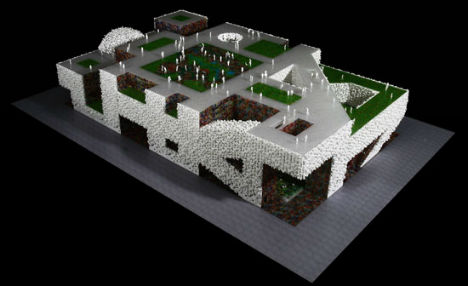 Says architecture firm Mass Studies of its 2010 Korean Pavilion at the Shanghai Expo, “Using ‘convergence’ as the main theme, the Korean pavilion is an amalgamation of ‘sign’ (symbol) and ‘space’: signs become spaces, and simultaneously, spaces become signs.  Han-geul, the Korean alphabet, is the prime element of ‘signs’ within the pavilion. The overall volume, lifted 7.2 meters above ground level, is created by converging these han-geul letters.” 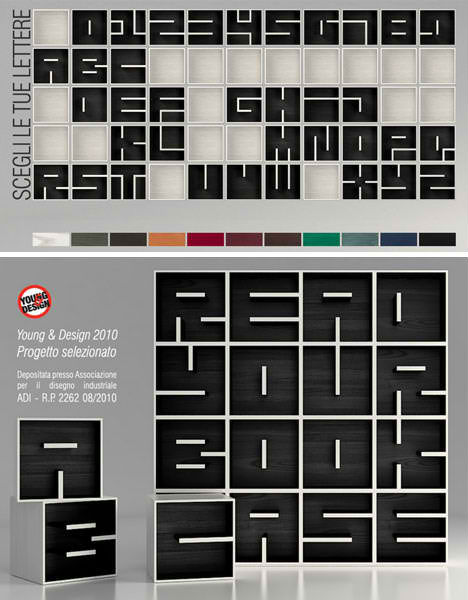 At first, you may not even realize this clever bookcase has a hidden message within its design. Individual stackable cube units shaped like letters and numbers can be grouped together to spell anything you want, for a subtle effect. 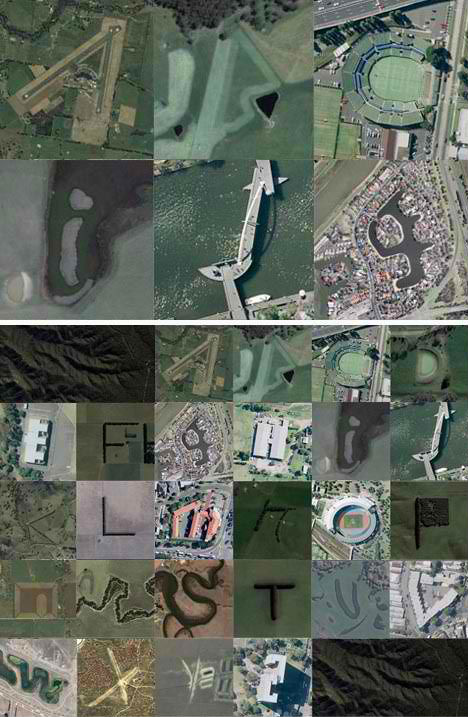 Designer Rhett Dashwood spent several months searching Google Maps for buildings resembling letter forms, and then put together an alphabet of his findings.