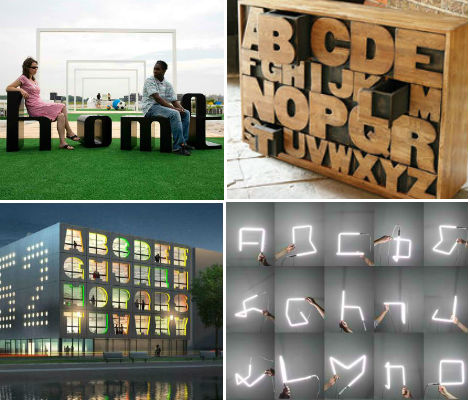 For those in love with letters, typography is – or should be – virtually everywhere, from furniture to office buildings. These 13 designs indulge typophiles with three-dimensional typefaces in functional objects including hand fails, bookcases, chairs, pavilions and fun concept architecture. 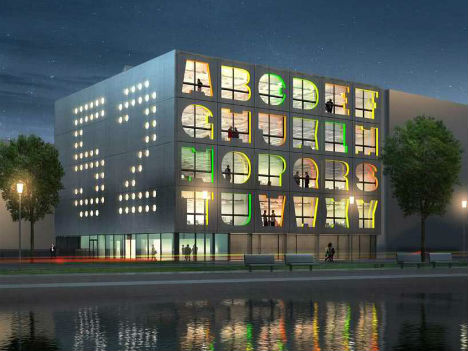 Architecture firm MVRDV has given their Alphabet Building a facade of 24 unusually-shaped windows that spell out most of the alphabet (curiously, I and Z are missing.) The building provides office space for small to mid-size creative agencies in Amsterdam, with a series of spacious loft-like units. 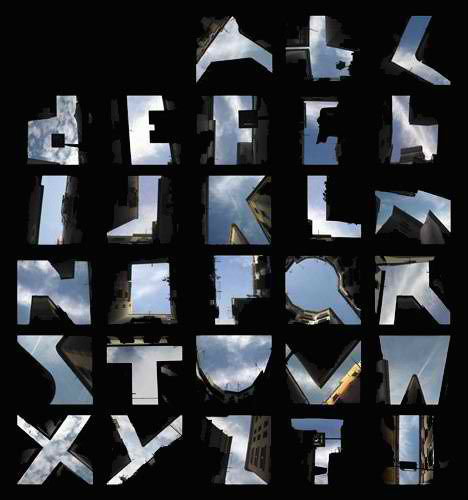 Berlin-based photographer and illustrator Lisa Reinermann captured the entire alphabet in the negative space between buildings in Barcelona. “I loved the idea of the sky as words, the negative being the positive. If I could find a ‘Q’, other letters should be somewhere around the corner.” 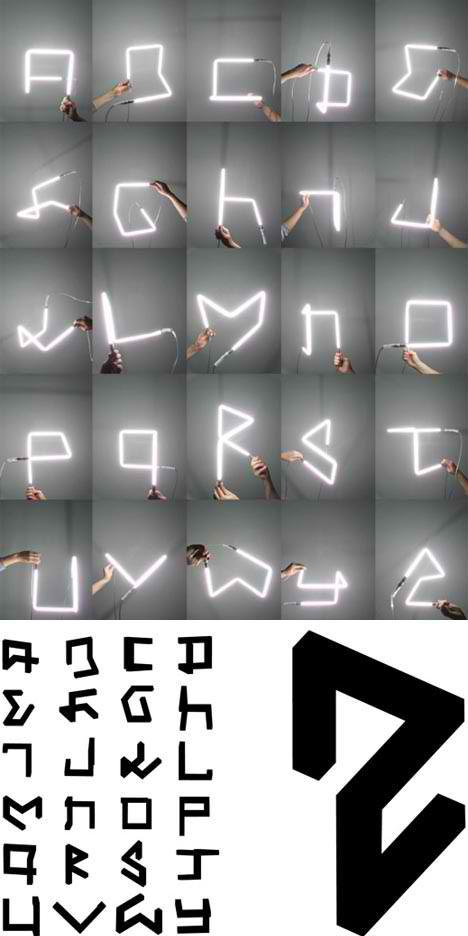 A single neon tube can be manipulated in three dimensions to look like any letter of the alphabet in this project by Adam Slowik of Bank Associates. Just turning it in various directions to face the camera produces the effect. 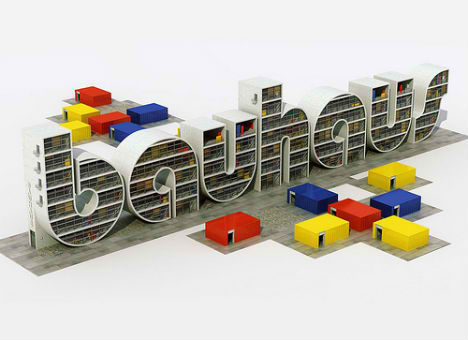 A typeface and its architectural namesake are united in this Bauhaus concept, a digital illustration by designer Chris Labrooy. 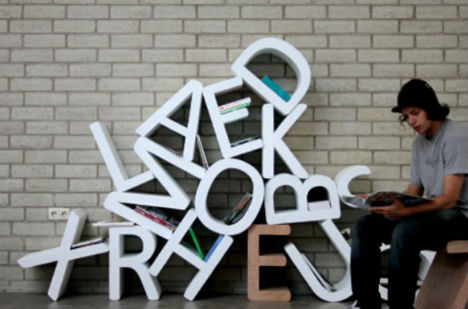 Haphazardly jumbled together, the letters of the alphabet form a creative shelf unit that can hold books and other objects in its random niches. 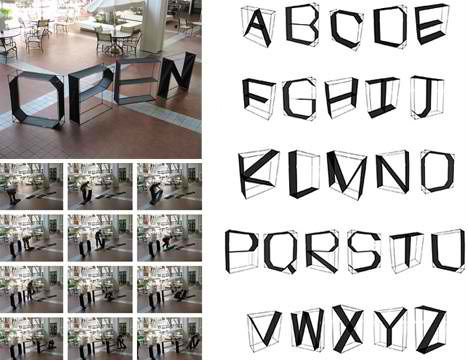 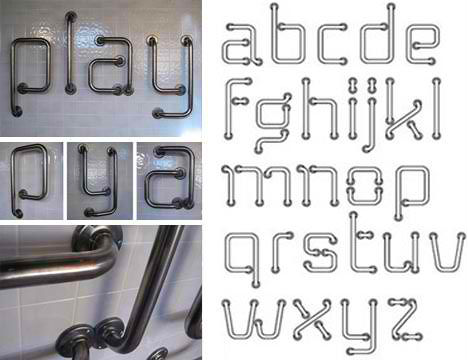 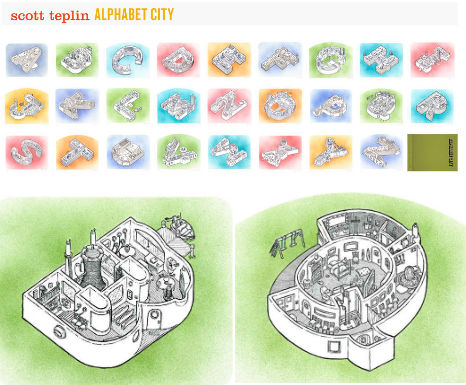 Letters make for interesting building shapes in designer Scott Teplin’s ‘Alphabet City’ series of illustrations. Each letter provides a residential, commercial or industrial function, and the shapes work better than you might imagine – even W and Q. See them all at X-ing Books.