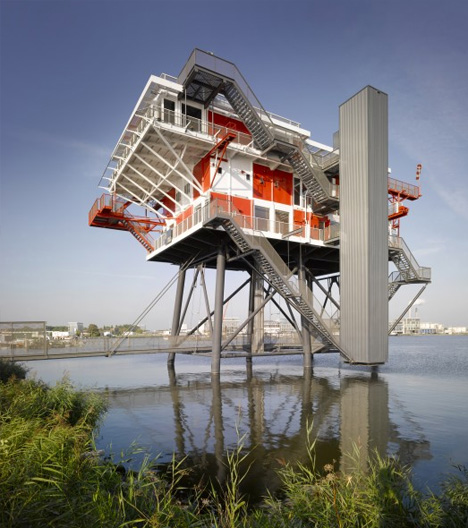 Few works of architecture can boast half so strange a history as this structure now serving as a restaurant in the waters of Amsterdam. 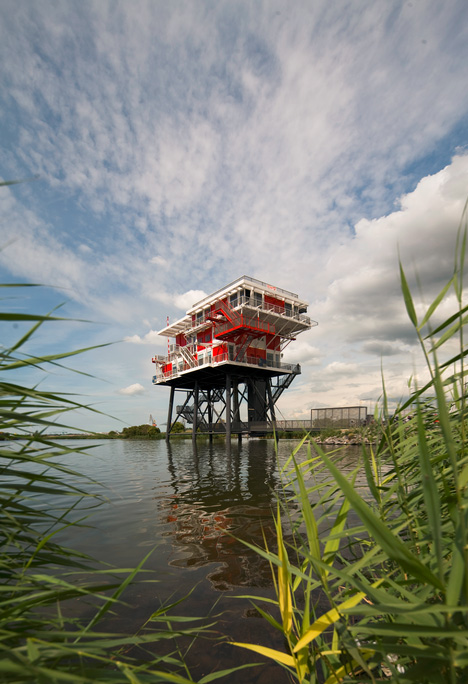 Built in the Republic of Ireland, the platform known as REM Island was hauled off the coast of the Netherlands to become an artificial island broadcasting from what were initially international waters, complete with helipad. 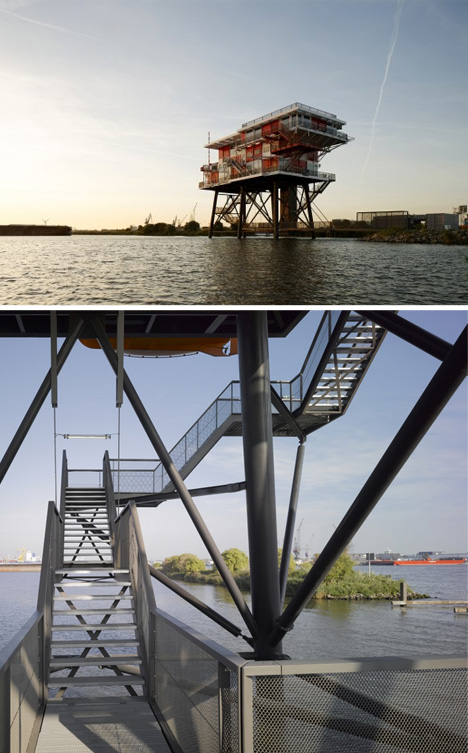 The Dutch government, none too pleased with the incursion of Radio and TV Noordzee from its coastal hideout, passed a law to grab jurisdiction, then promptly sent armed forces to take over the station. It became a governmental laboratory for water testing and research, before ultimately being taken apart in the mid 2000s. 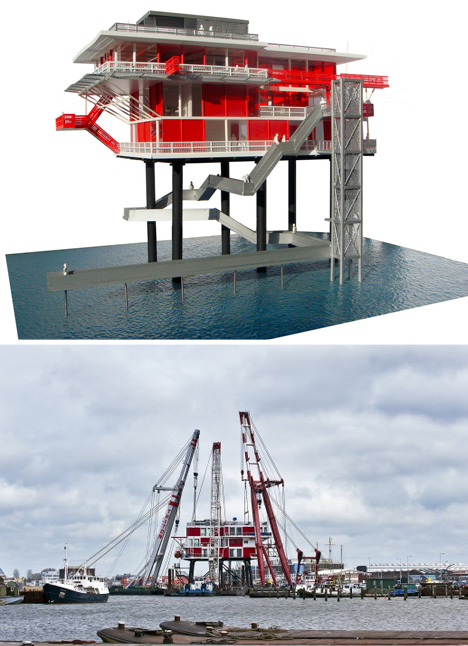 Today, it has been constructed (with functional retrofits) in the water once more, but close enough to shore to be reached by foot bridge. It currently serves as a stunning multi-story office and restaurant complex with an amazing rooftop viewing platform (images by Ewout Huibers, Jim Ellam via ArchDaily).