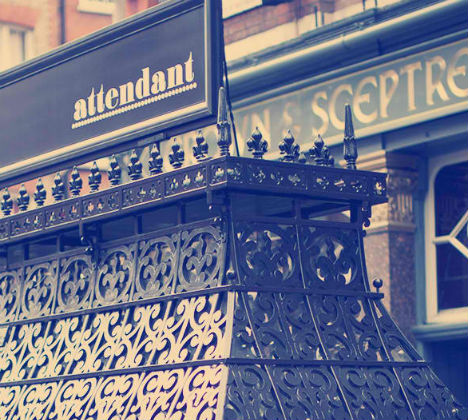 Sit at a counter embedded into a wall of urinals and enjoy a nice sandwich at Attendant, an eatery in London built in a former men’s bathroom. While it’s virtually unrecognizable after an extensive $150,000 renovation, it’s hard to imagine how the owners were able to look into the trash-strewn pit of a subterranean restroom and think about food. 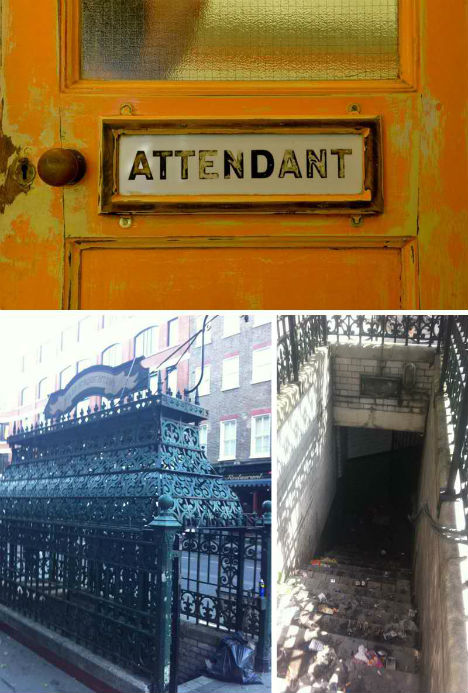 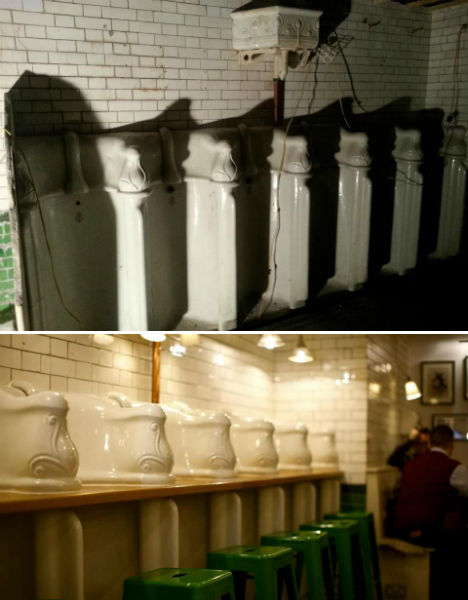 The Attendant restroom had been abandoned for more than fifty years before its two-year transformation. It now serves sandwiches, soup, breakfast, cakes and espresso drinks, with many ingredients plucked from the New Covent Garden Marketplace just down the street. 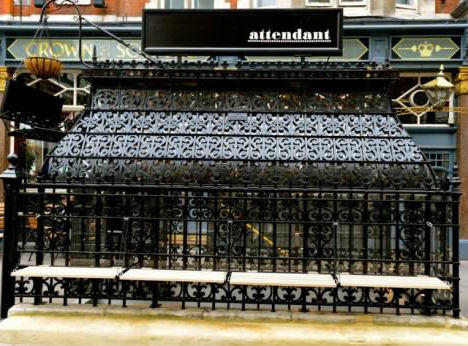 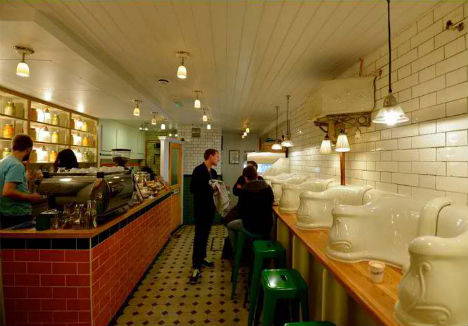 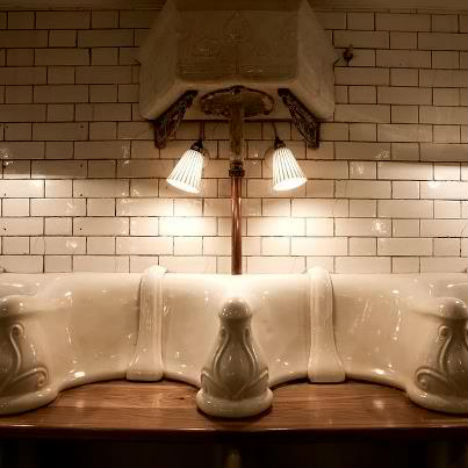 Partners Peter Tomlinson and Ben Russell removed 12 layers of paint dating back over a century from the ornate wrought iron entrance and removed a wall that separated the urinals from the attendant’s space. The urinals were polished, a counter was added and a kitchen was built. Green seating matches the original Victorian floor tiles.