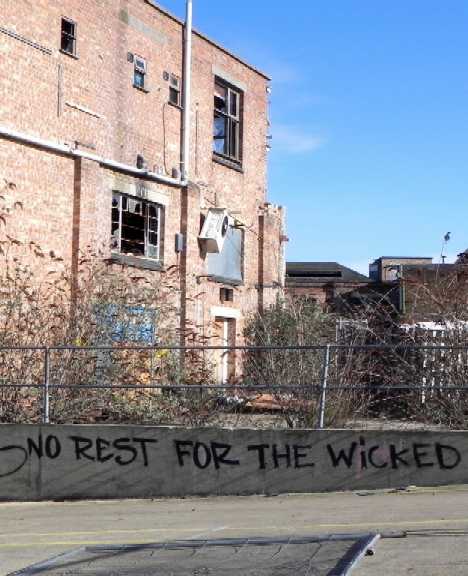 “No rest for the wicked” and no buttered scones for tea, at least not in Peterborough, UK where this rapidly deteriorating bakery sits amid urban squalor. This haunting image stands on its own, without embellishment, as a stark reminder that even the most mundane features of modern civilization are not immune from the uncaring forces of economics.

The Lights Are Dark At Gladstone Park 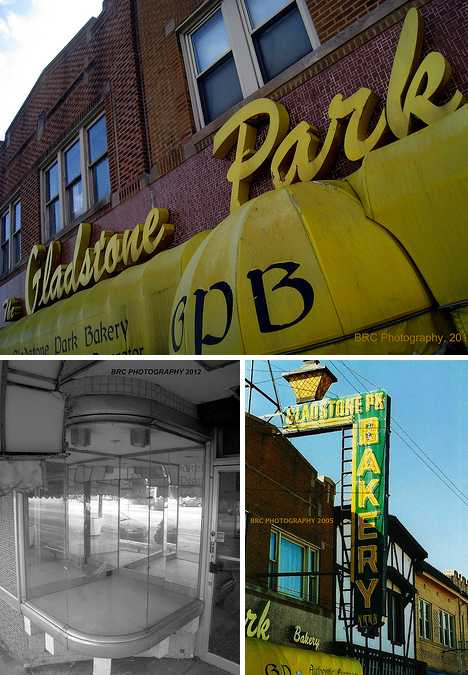 The Gladstone Park Bakery in Chicago’s Jefferson Park neighborhood had been a community institution for generations… the key word here being “had”. Praised by regulars for its delicious cakes and pastries, the business was ordered closed by the Board of Health in April of 2008 due to “numerous sanitation violations including vermin infestation and droppings found on premises and in ingredient supplies.” 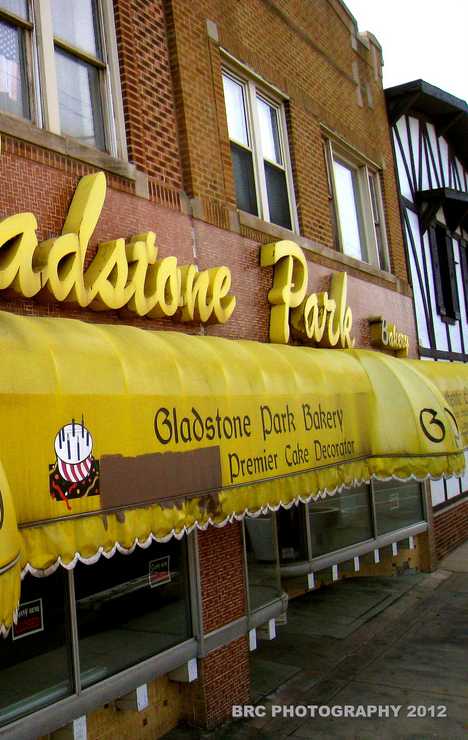 Kudos to Flickr user Roberto41144 for capturing the never-reopened yet surprisingly well preserved Gladstone Park Bakery almost 4 years after it shut its doors for good. Most of the exterior signage is still in place though for some reason somebody painted over the word “Chicago’s” that formerly preceded “Premier Cake Decorator.”

“WE KNOW YOUR TA TE BETTER” 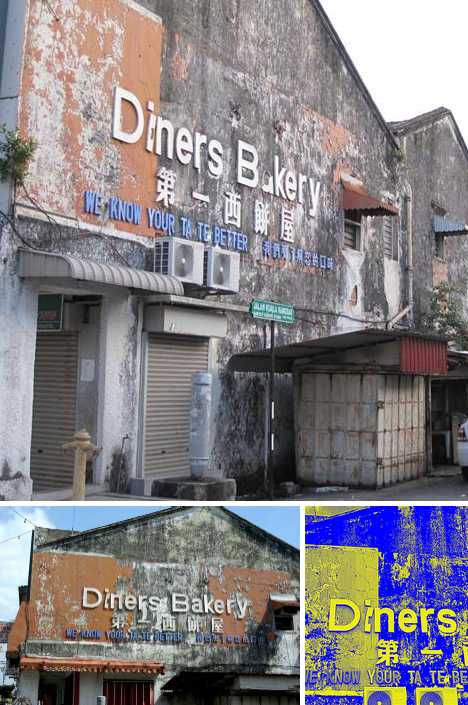 (images via: Variety Malaysia, Suan I Lim and Anhgemus)

The old Diner’s Bakery on Campbell Street in Penang, Malaysia is one of a number of pre-war buildings gradually succumbing to age, weather and occasionally fire – the latter being no stranger to a bakery built long before modern fire codes. The bakery’s signage seems to be of relatively recent vintage yet it’s not holding up as well as the graceful structure that backs it.