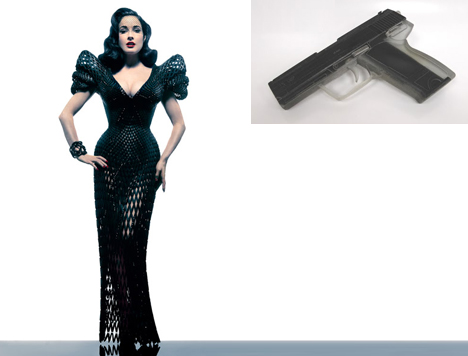 There is almost no industry left untouched by 3D printing, from cars to houses, but now things are really heating up with everything from stunning outfits and home-printable arsenals. These two extreme examples show just how diverse the adopting user groups have become – the technology has become untethered from hobbyists and is now found everywhere from the realms of high-fashion fans to anonymous freedom fighters. 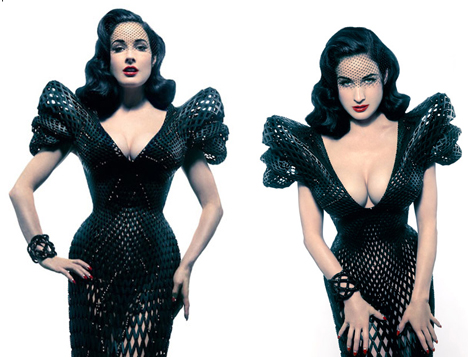 Francis Bitonti & Michael Schmidt (images by Albert Sanchez and Jeff Meltz) have collaborated on a stunning dress for dancer Dita Von Teese, fully 3D-printed nylon from laser-fused plastic polymers. Stiff components are strung together in a flexible mesh making the resulting outfit fully wearable and definitely breathable. The entire creation was modeled on the body of the wearer, making for a perfect fit. 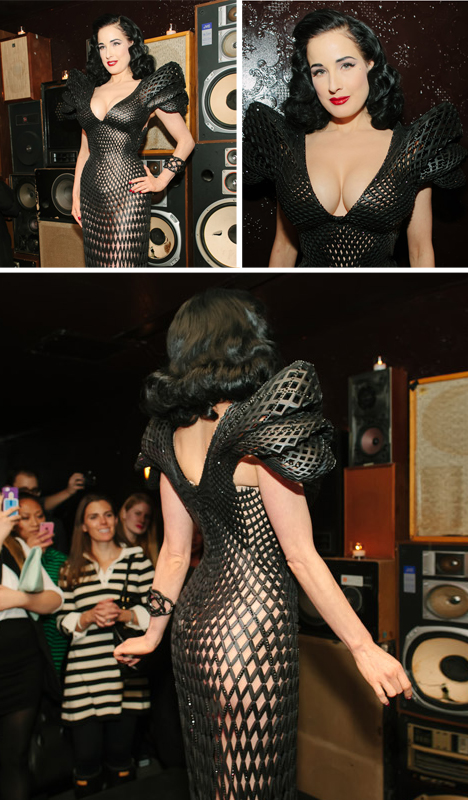 More on the concept: “Mr. Schmidt, in conjunction with Mr. Bitonti, applied the spiral formula to the computer rendering of the dress, in a mesh that would undulate around the body in the most feminine way possible. For this reason, Mr. Schmidt tapped longtime friend and muse Dita Von Teese, whom he deems as the consummate classical beauty. While the shape was built over a nude silk corset, most of the architecture of the silhouette, from the voluminous shoulders to the cinched waist, is the result of the hardened nylon powder. The floor-length gown moves and expands according to Ms. Von Teese’s body contours because of the netting pattern.” 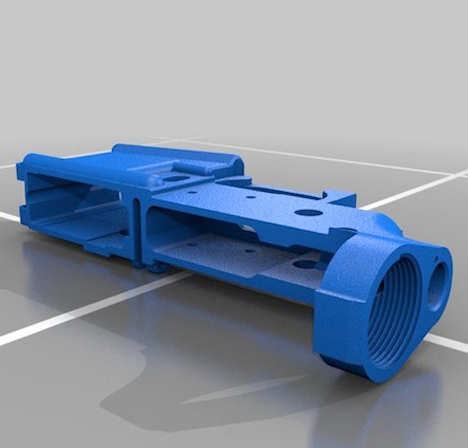 Meanwhile, in the limelight for very different reasons, Cody Wilson is launching Defcad, a search engine for 3D-printable designs including  medical devices, guns and other objects sites like Google and MakerBot can’t or won’t tackle. 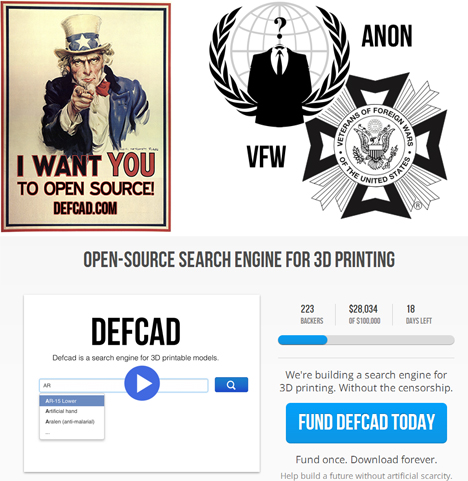