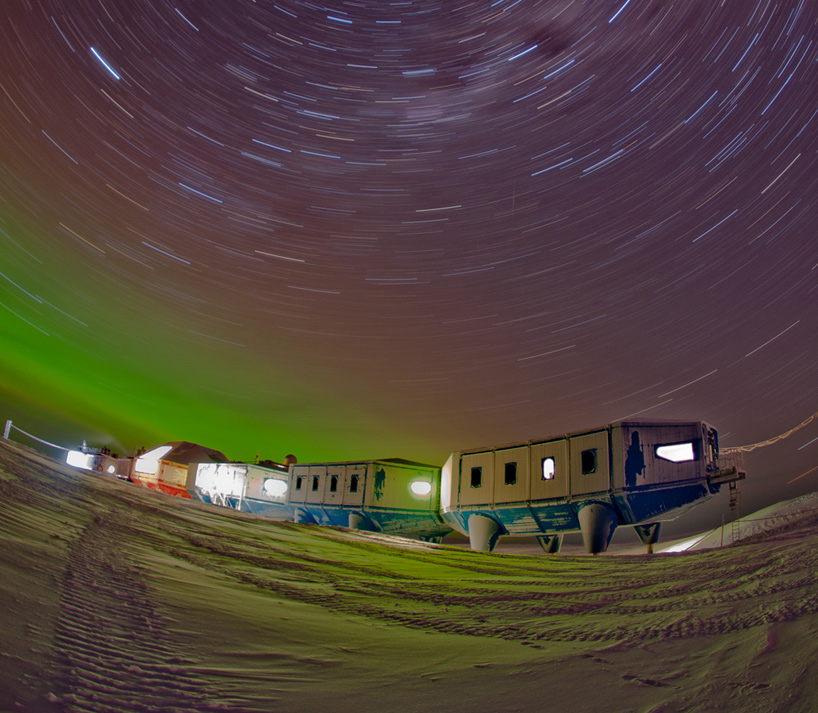 Built under some of the most extreme conditions on planet Earth, the Halley VI Research Station by Hugh Broughton Architects is now serving as a mobile home base for Antarctic expeditions. The facility is located on the floating Brunt Ice Shelf, and can be moved inland on its ski-like feet to avoid being stranded as the shelf drifts. Hydraulic rams enable it to be raised above accumulating snow. 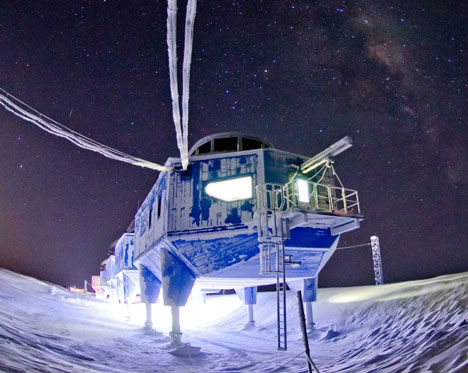 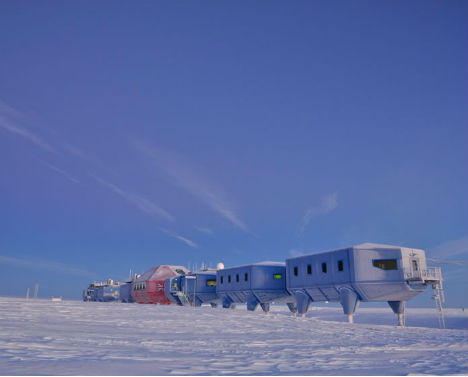 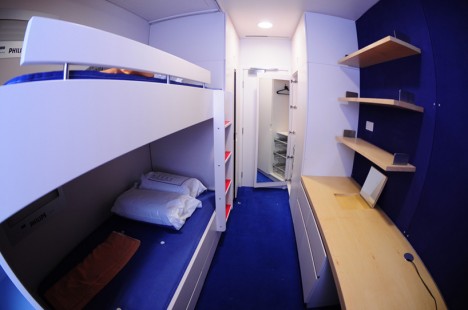 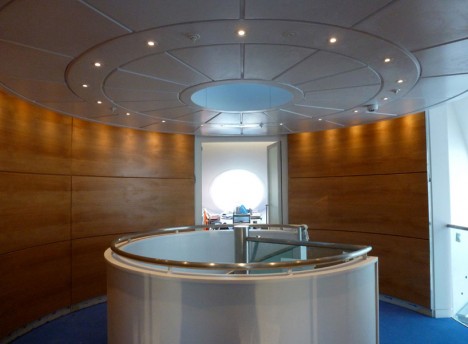 The $25.8 million research station was constructed over 36 weeks spread out over four years of Antarctic summers, and consists of seven interlinking blue modules that serve as laboratories, offices, bedrooms and energy plants. A two-story red module offers up to 32 crew members social space in the summers, with that number dwindling to 16 in the three winter months with total darkness, when temperatures dip as low as -56 degrees Celsius. One is reminded of a less-dystopian Snowpiercer. 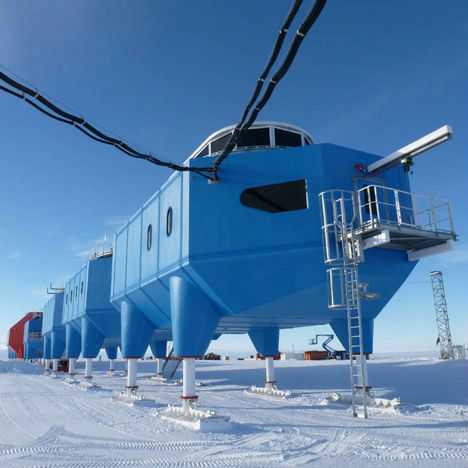 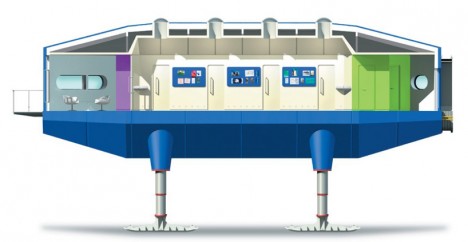 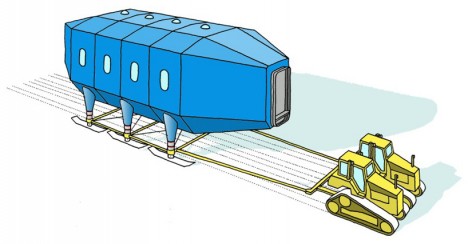 In fact, the wintering team often includes no scientists at all – it typically consists of technical specialists including a vehicle mechanic, a doctor, an electrician, a plumber, electronics engineers and meteorologists to keep the scientific experiments running. Halley VI was shipped to Antarctica in 2007 after a trial-run assembly in South Africa, but due to the extreme weather conditions on-site, it only became ready for use in February 2013. 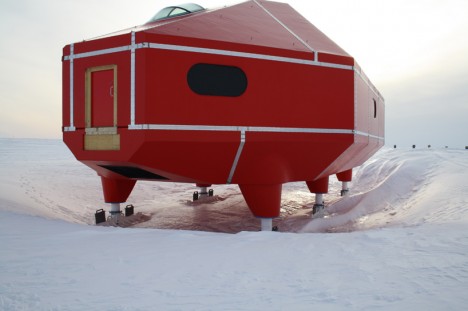 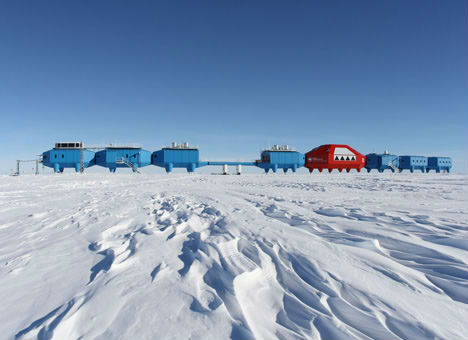 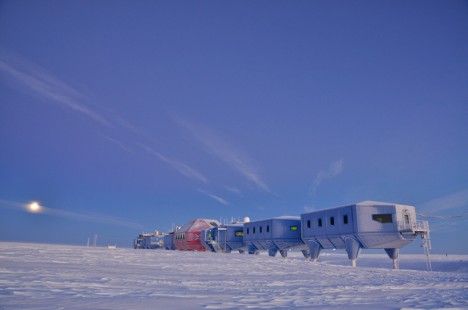 Halley VI replaces the 20-year-old Halley V, and is the sixth to be built on the Brunt Ice Shelf. The location for this research facility has long functioned as a ‘natural laboratory’ for the Earth’s magnetic field and the near-space atmosphere. It is under the auroral oval, resulting in frequent displays of the magnificent Aurora Australis natural light display overhead.