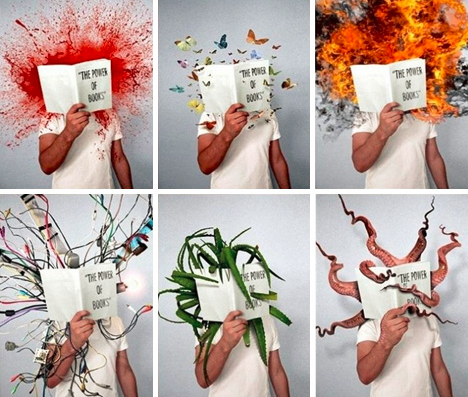 It takes a powerful book to survive decades or even centuries and stay prominently in the public eye. This pair of classics are a rarity in that respect, but like any books, one thing does change over time: their covers. 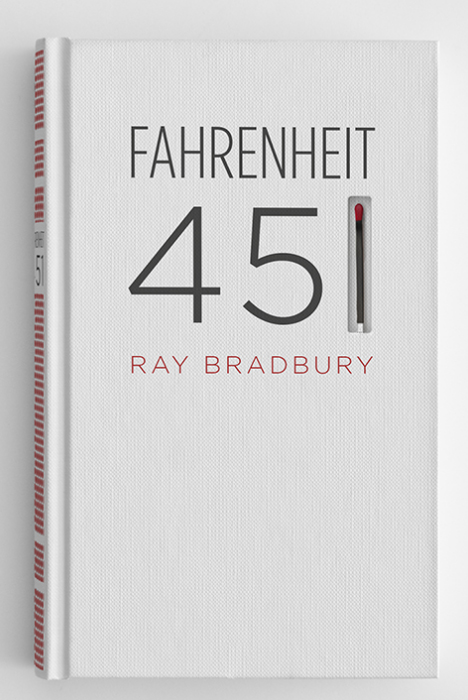 First, Fahrenheit 451, re-covered here by designer Elizabeth Perez. In her words, it is “a novel about a dystopian future where books are outlawed and firemen burn any house that contains them. The story is about suppressing ideas, and about how television destroys interest in reading literature.” 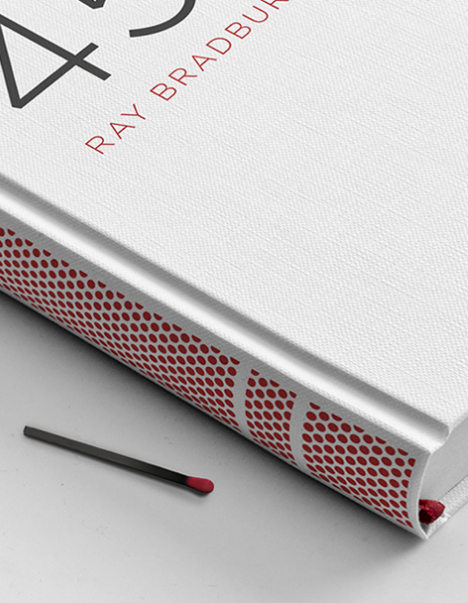 And what would be more apt than a book cover and binding that reflects that horrific world? The one becomes a match, and the spine becomes a striking surface, powerfully reinforcing the core message of the novel. Ray Bradbury first titled this seminal work “The Fireman” but felt it lacked inspiration. He first tried universities, then, when that failed, called a local fire station to ask what temperature it would take to auto-ignite the paper in books. The responding firemen placed him on hold, heated up and burnt a book, then reported that the heat required was “Fahrenheit 451”. 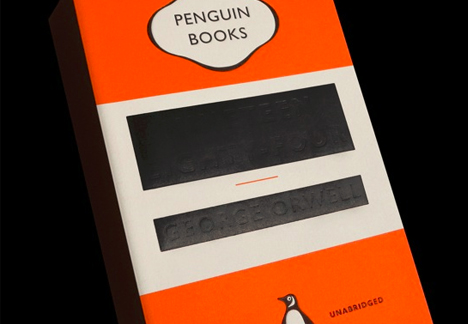 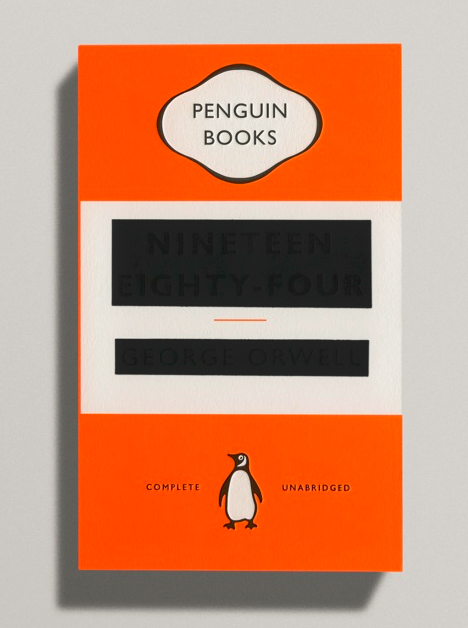 Then we have 1984,  part of a series of re-releases from Penguin designed by David Pearson – again, the message of censorship becomes boldly emblazoned right on the cover of the volume. 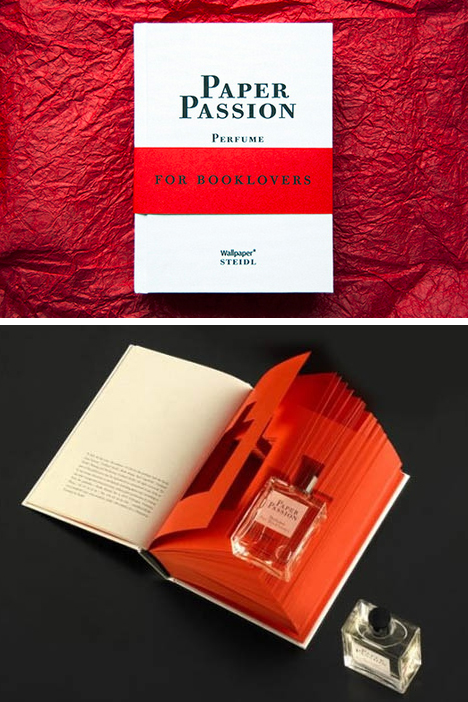 But with physical books being, perhaps an endangered species, maybe you would like something new to swap into your collection but that also breaks traditional boundaries. Introducing: Paper Passion, a scent from Stiedl. It is a fragrance based on the smell of books – a powerful scent familiar with anyone who has revisited their childhood favorites.