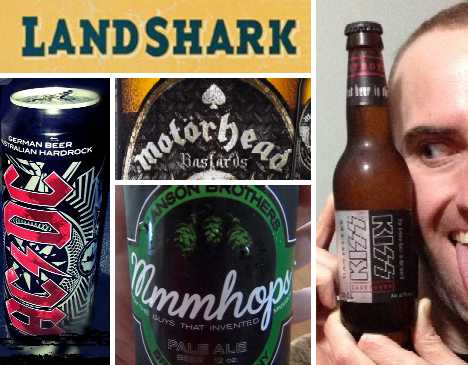 If a party ain’t a party without beer and rock ‘n’ roll, then beer brewed by, for & about rock ‘n’ rollers is practically a party in a keg, bottle, can or case!

(images via: The Sun/News Group Newspapers Ltd. and WW2 Talk)

Iron Maiden beer? Excellent! Bill & Ted references aside, TROOPER is a premium ale inspired by the legendary British heavy metal band and handcrafted at Robinsons brewery in Stockport, UK. “I’m a lifelong fan of traditional English ale;” explains Bruce Dickinson, Iron Maiden’s lead vocalist. “I thought I’d died and gone to heaven when we were asked to create our own beer.” 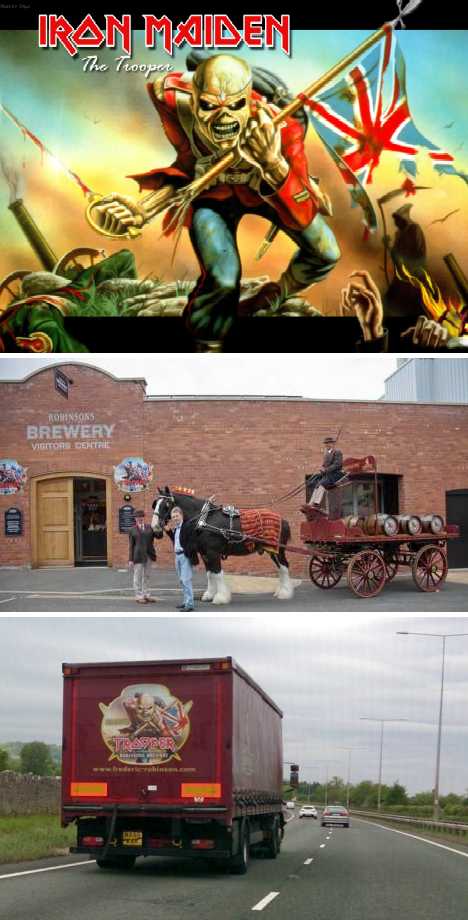 Dickenson, a real ale enthusiast in his spare time, visited Robinson’s a number of times during the ale’s development period. “Their magic has been to create the alchemical wedding of flavour and texture that is TROOPER,” enthuses Dickenson. “I love it.”

According to the product page at the Robinson website, TROOPER ale exhibits “malt flavours and citric notes from a unique blend of Bobec, Goldings and Cascade hops (that) dominate this deep golden ale, with a subtle hint of lemon.” TROOPER’s distinctive label features a unique version of band mascot Eddie decked out in a tattered Crimean War uniform, evoking Iron Maiden’s song TROOPER from which the ale got its name. 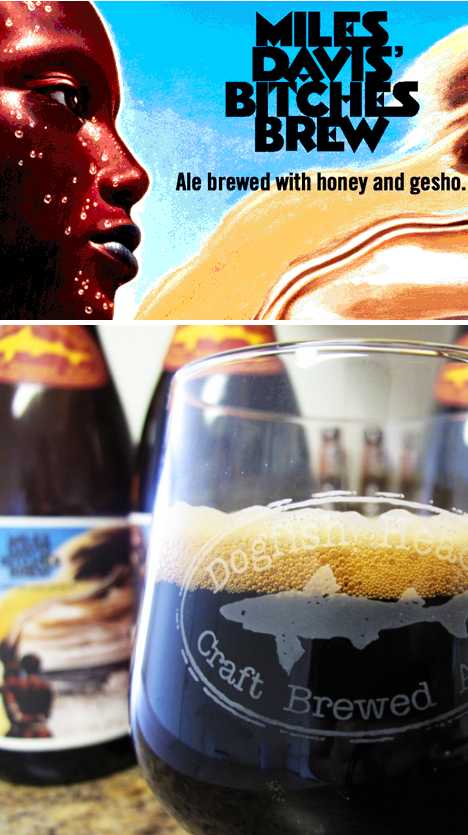 (images via: Drink Philly and By The Pint)

Miles Davis’ Bitches Brew beer from renowned craft brewer Dogfish Head was released in June of 2010 to commemorate the 40th anniversary of Miles Davis’ seminal album of the same name. According to the reverent brewer, limited edition Bitches Brew is “a bold, dark beer that’s a fusion of three threads imperial stout and one thread honey beer with gesho root, a gustatory analog to Miles’ masterpiece.” 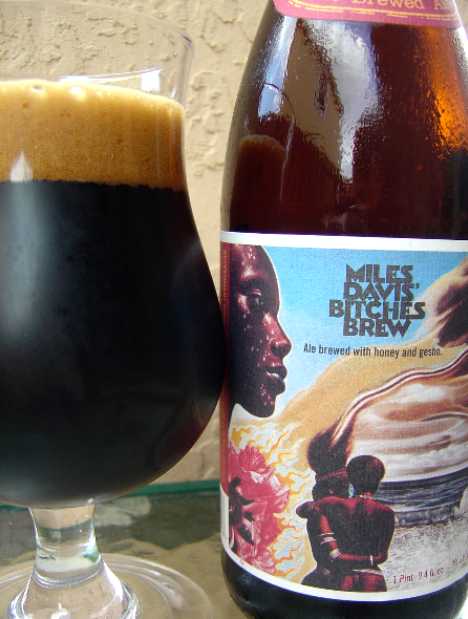 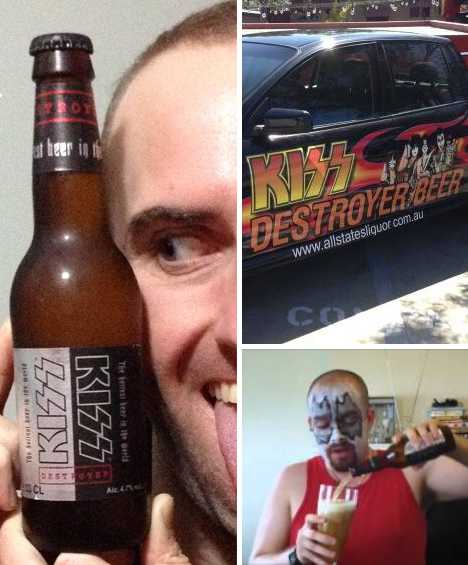 Gene Simmons has earned a legendary reputation as a relentless merchandizing machine so it’s no surprise he’s branded beer with the familiar KISS iconography. It’s not even a surprise he’s done it twice, the first time being in 1996 when cans of KISS pilsner were produced in the Czech Republic to help promote the band’s ALIVE/WORLDWIDE tour concerts in Prague. 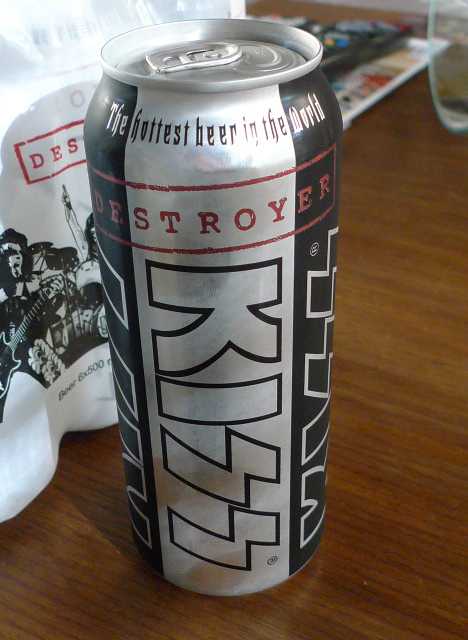 This time, however, the band is aiming for world drinking domination on two fronts: beer and wine. Released in 2010, Kiss Destroyer Beer is a German-style brew (that’s made in Sweden) available in cans and bottles. Along with the beer, KISS is also releasing Kiss Zin Fire wine, because the KISS Army is evidently exploring more mature tastes these days. “This isn’t just something we put a label on. We wanted wine and beer unique to KISS and we got it,” explains band guitarist (and non-drinker) Paul Stanley. “This stuff will set your taste buds on fire.” Or so he’s been told.