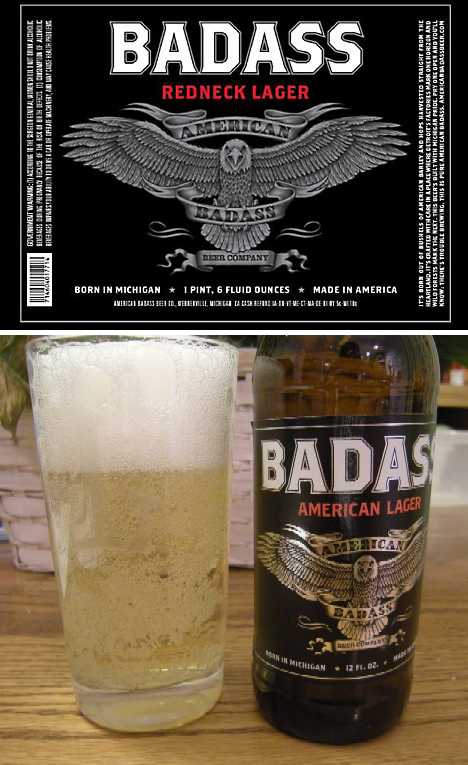 (images via: Panhandle Post and Grin and Beer It)

In 2009 when Detroit-based musician/actor Kid Rock (Robert James Ritchie) focused his talents on bringing a truly badass beer to the market – and create some badly-needed jobs in his home state in the bargain – he did just that: Badass American Lager beer was contract brewed at the Michigan Brewing Company near Lansing until the brewery closed in 2012 due to financial issues. 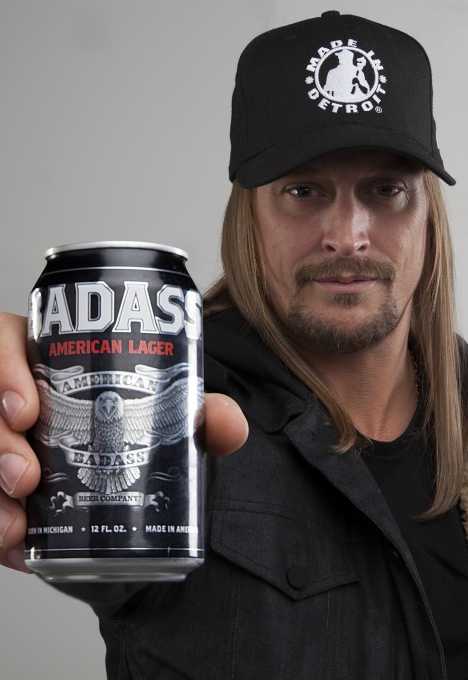 Fast-forward one year to August 2013 and there’s some good news for lovers of Kid Rock’s disturbingly pale brew: Badass American Lager is back! Sales of Badass American Lager v2.0 began on Friday, August 9th before, during and after Kid Rock’s concert at the DTE Energy Music Theatre in Clarkston MI. Moving forward, the beer will be sold on draft at Kid Rock’s performances outside Detroit and in local bars and restaurants; later in the year it will be available for sale in cans and bottles but only in Michigan. 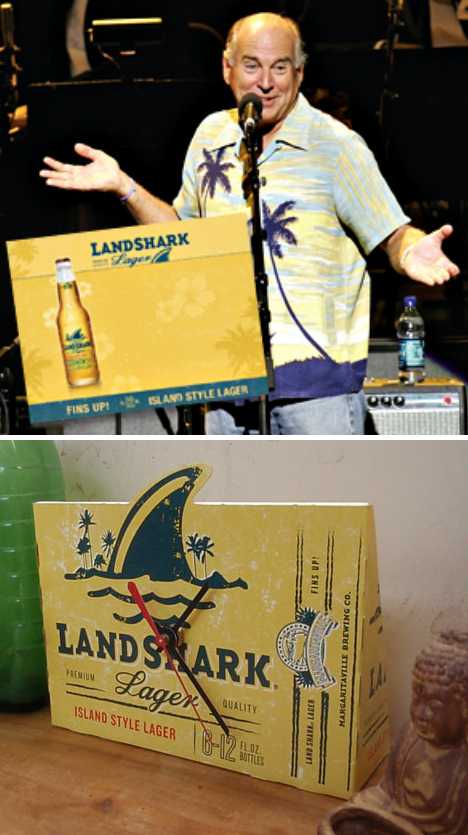 The Margaritaville guy now sells beer? Sacrilege! Ah well, there’s more than one way get wasted away and if the esteemed Jimmy Buffett slaps his name on it, that’s fine with us. Jimmy Buffett’s Land Shark “Island Style” Lager is a product of the Margaritaville Brewing Co. and was seemingly “designed” to be a Corona-style, add-a-lime, take to the beach beer… the latter pursuit confounded by clear glass bottles that practically invite skunkiness in to share your cabana. 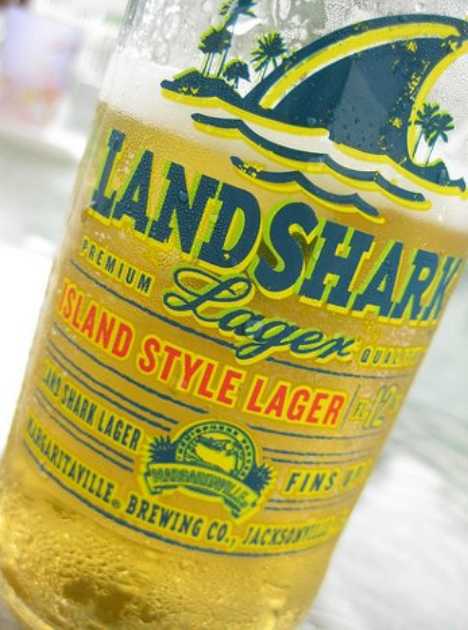 Most of the reviews at BeerAdvocate show no mercy when kicking Land Shark Lager to the curb, a sentiment shared by admitted Buffett lovers and haters. The general consensus seems to be that there are better Corona-like beers out there, including Corona itself. “Let’s face the truth,” states one of the pro-Buffett crowd, “it’s below even BUDWEISER.” Harsh.

(images via: The Thirsty Wench and TorontoBeerBlog.com)

In late 2012, Flying Monkeys craft brewery of Barrie, Ontario, hooked up with Canadian rock band Barenaked Ladies (BNL for short) in a tasteful joint venture: a limited run of chocolate stout released in conjunction with the band’s Symphony Barenaked tour. 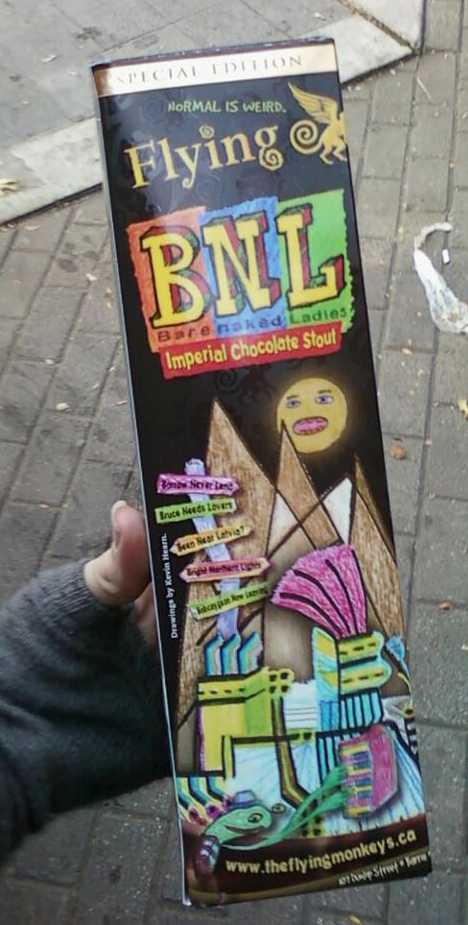 (image via: The Thirsty Wench)

In contrast to a number of so-called “rock star” beers inspired by absentee (or even deceased) rock ‘n’ rollers, BNL beer features labels displaying original artwork by BNL band members who supposedly were on hand for product testing on brewing day. Yep, we can totally believe that and if I had a million dollars (actually, just $13.95 for a 750ml bottle), I’d buy your beer.