For those about to drink… AC/DC’s got something for that. Brewed by Karlsberg Brewery in Homburg, Germany, AC/DC Premium Lager Beer is a true German Premium Lager boasting 5.0% alcohol by volume. Each snazzy red and black can sports the band’s signature graphics and the tagline “German Beer, Australian Hardrock”. Hell’s Bell’s, one can’t ask for anything more! 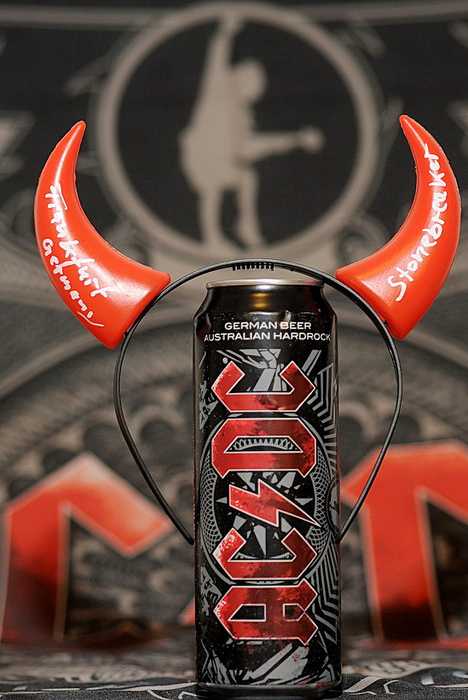 Kudos to Flickr user t.klick for the above devilishly delicious image of AC/DC’s signature brew. Was the photographer angling for a “Highway to Hell” reference? If so, let’s remember that even hard rockers get tagged for DUI from time to time. 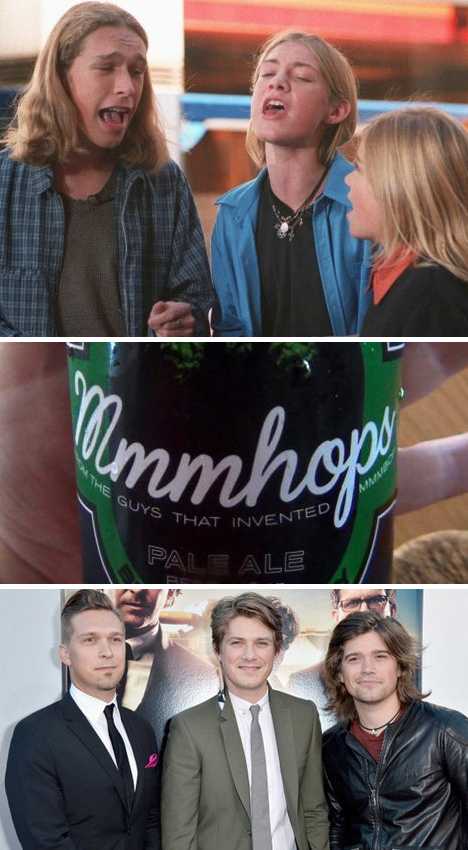 OK, so maybe Hanson really should have put out a soda pop instead of a beer but then they wouldn’t be able to reference the American pop-rock band’s 1996  hit “Mmmbop”… unless they called it Mmmpop, which is probably a closer match than Mmmhops which is what the band of brothers call their India Pale Ale. Whew! In any case, Mmmhops was created in partnership with Mustang Brewing to help fans of legal drinking age celebrate the squeaky-clean band’s 21st anniversary. 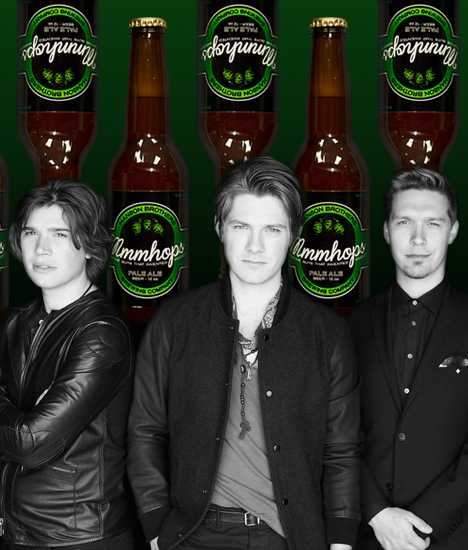 Though first announced in late 2011, it wasn’t until May of 2013 that Mmmhops was launched. One reason for the delay may have been the need to sync up with the premiere of film The Hangover Part III, which featured “Mmmbop” in its soundtrack. 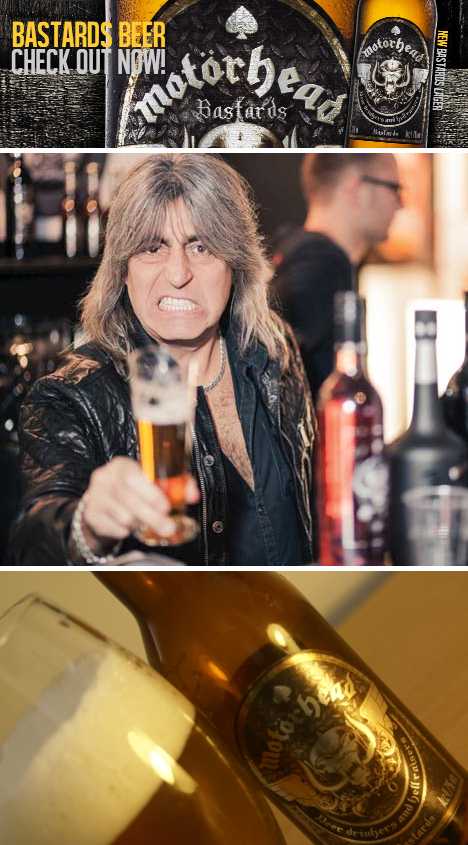 (images via: Brands For Fans and German Pulse)

Our roller coaster ride of rock ‘n’ roll beers continues with what must be the polar opposite of Hanson: Motörhead. Lemmy and the boys often need to wet their whistles after one too many encore renditions of Ace Of Spades and sure as shootin’ they ain’t gonna do it with Mmmhops. A round (or two) of 4.7% ABV, Swedish-brewed Bastards Lager is sure to hit the spot, however. “If you think you’re too old for Rock ‘n’ Roll and to drink beer then you probably are,” profoundly opines Motörhead drummer Mikkey Dee. “Pity, but that means all the more beer for us.” 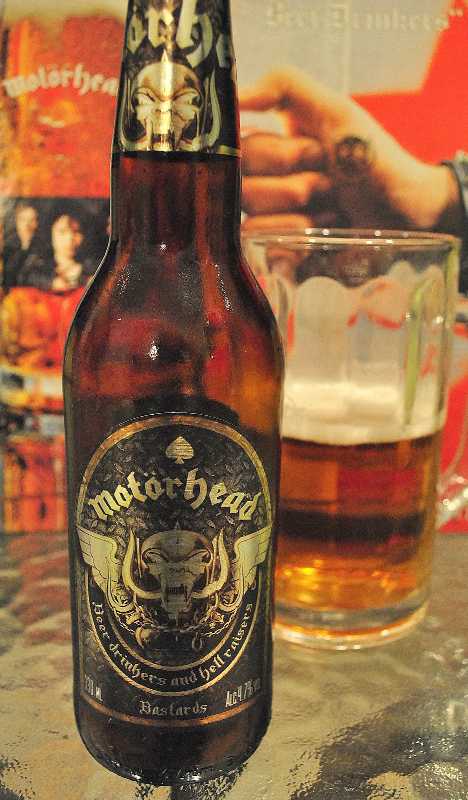 According to the product page at Brands For Fans, “For all beer drinkers and hell raisers, fans of loud and fast rock and roll, no matter if you have no class or if you are a damage case, this mean machine lager is fuel for any head banging opportunity.” Well fuel me once, fuel me again!