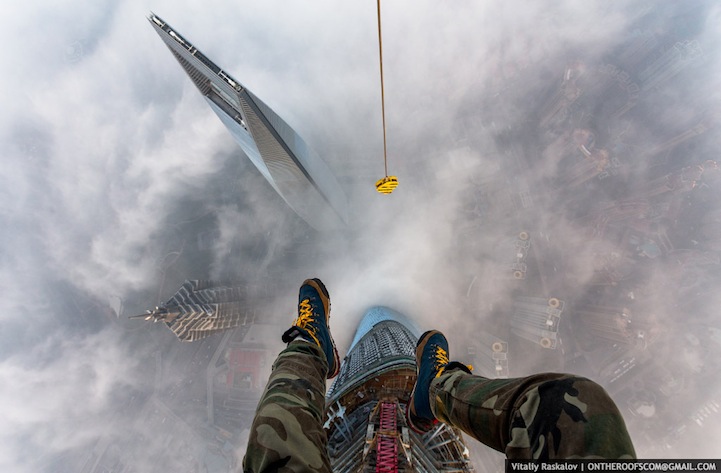 Your stomach will drop just looking at the stunning photos captured by some of the world’s most daring urban explorers, who scale insanely high towers all the way to the top and take casual selfies like it’s no big deal. Whether illegally base-jumping off One World Trade Center in New York or climbing to the apex of a 2300-foot-tall skyscraper in Shanghai, these daredevils clearly have no fear of heights. 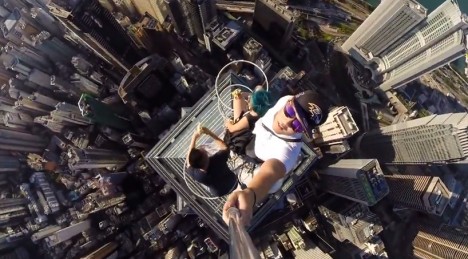 If this picture alone gives you a little bit of vertigo, wait until you watch the video. A trio of teenage photographers – Danuel Lau, Andrew Tso and A.S. – climbed a 1,135-foot-tall skyscraper in Hong Kong. Casually snacking on bananas, they make the whole task of getting to the top and photographing themselves with a wide-angle camera on a stick seem like it’s no big deal at all. 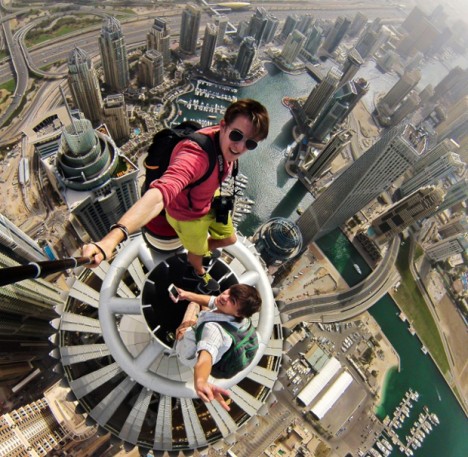 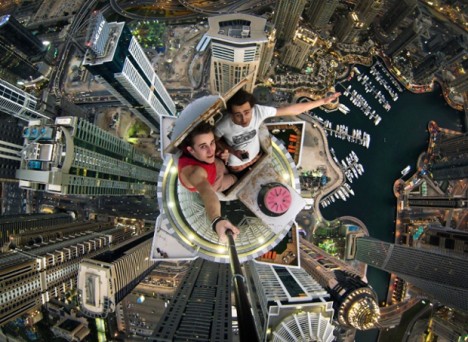 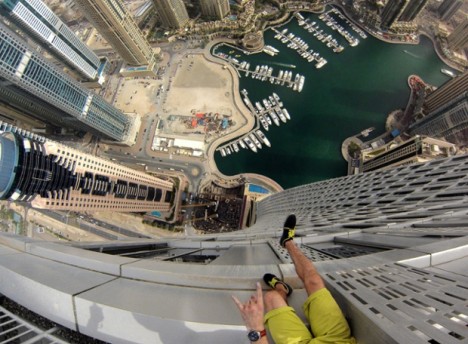 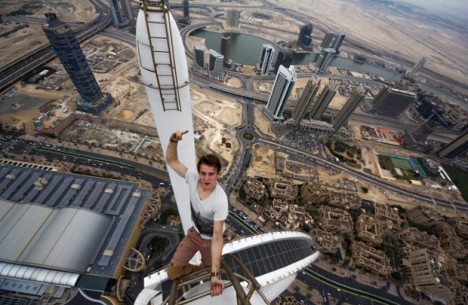 19-year-old Alexander Remnev of Russia went on a trip to Dubai with a bunch of friends, and rather than just stick to the typical tourist activities, he decided to go on a little adventure. The daring photographer and his crew climbed many of the city’s tallest and most intimidating buildings and photographed themselves at the top, including the world’s tallest residential building, the 1,350-foot-tall Princess Tower. 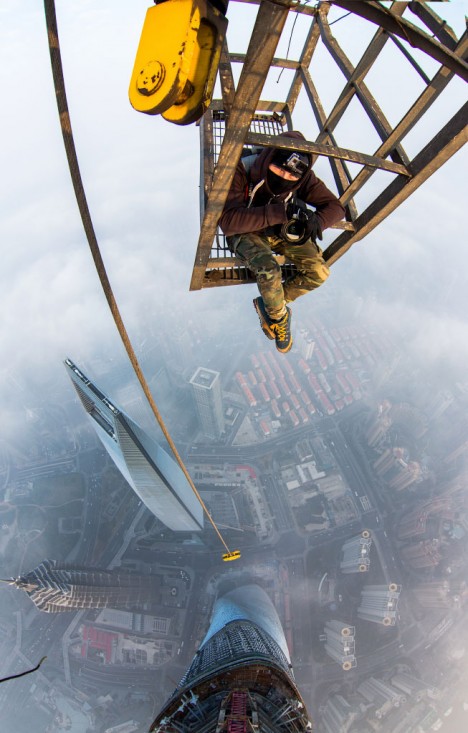 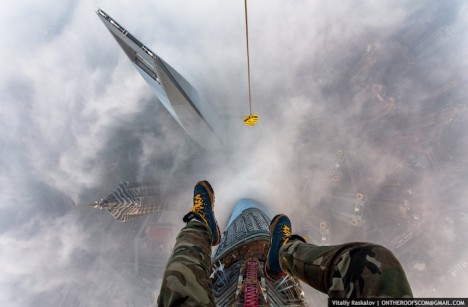 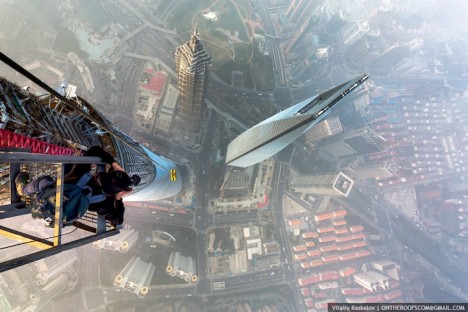 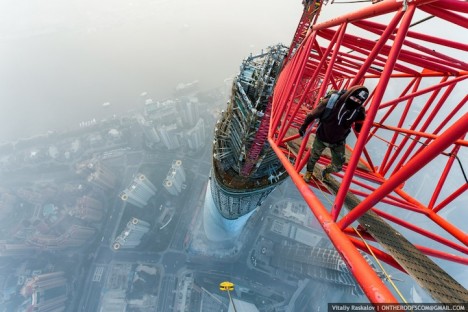 Vitaliy Raskalov and Vadim Makhorov got so high into Shanghai’s sky, they were literally above the clouds. The Russian duo sneakily and meticulously planned their stunt to avoid getting busted by China’s notoriously tough law enforcement, waiting until the Chinese New Year day when there would likely be few people around. They spent nearly 18 hours at the top of China’s Shanghai Tower, which reaches an incredible 2,130 feet into the air when you count the extra length of the crane at the top.

Watch Workers Climb to the Top of a 1768-Foot-Tower 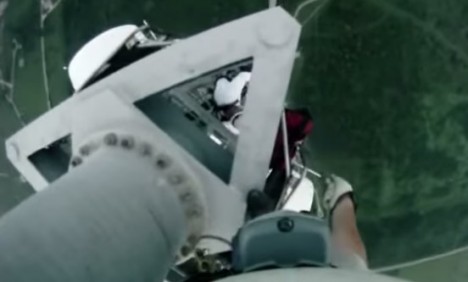 Have you ever noticed the stairways that are often attached to dizzyingly tall towers, enabling workers to get to the top to perform maintenance? This video gives you somewhat of a perspective on what it’s like to actually climb them to the top. 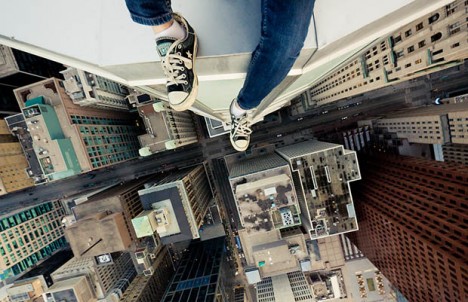 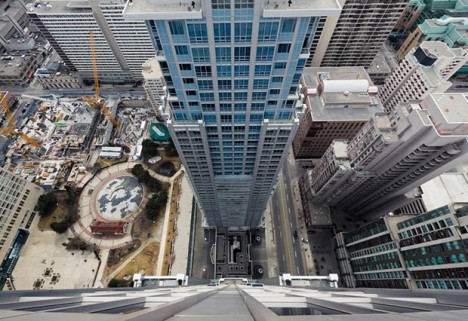 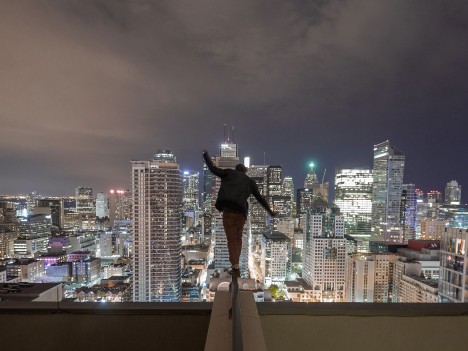 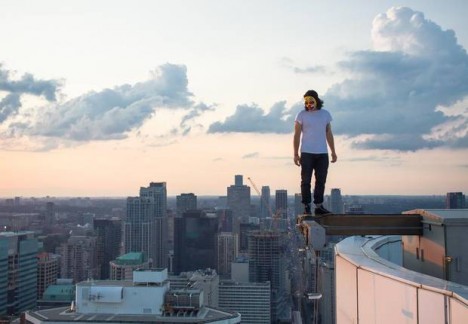 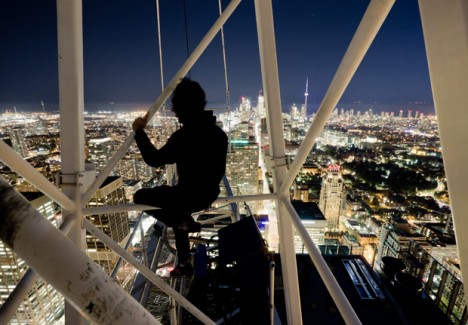 Few people get quite the same dramatic city views that Tom Ryaboi is able to take in, daring to climb onto the rooftops of the tallest buildings in any given city to take photos while dangling over the edge. The pioneering Vancouver-based ‘rooftopper’ and photographer told Resource Mag, “Rooftopping is something I do whether I have a camera or not. Being in high places is just something I need to do to keep a balanced head.”