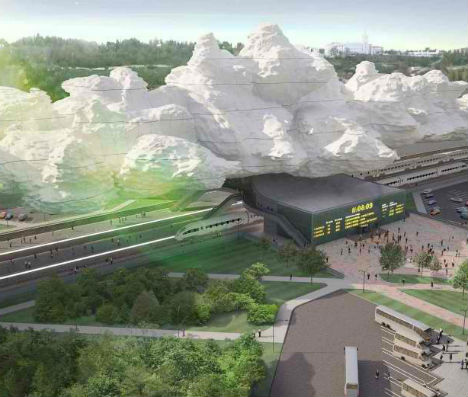 A train station envisioned for the town of Sevastopol in Ukraine seems to be perpetually covered in clouds, topped with a light, helium-lifted structure inspired by airships. ‘Under the Cloud‘ consists of a passenger terminal building and a buoyant freeform canopy that hovers over the green roof of the main building. 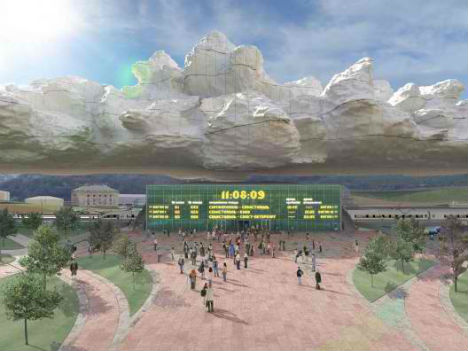 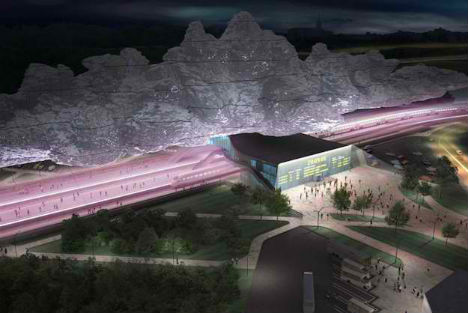 The canopy shell has an aluminum frame with longitudinal and transverse trusses, the helium gas held inside a rigid framework in bags. With the guy lines securing it, it really does seem as if it could lift away into the sky at any moment. 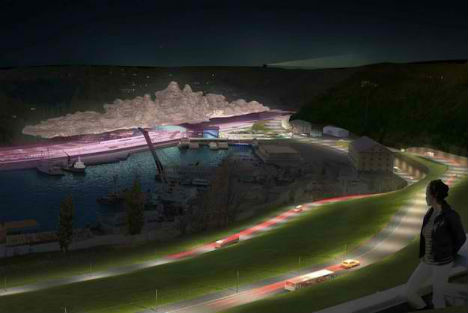 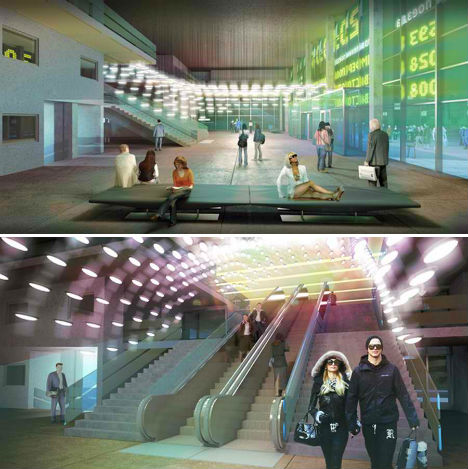 Says designer Arthur Kupreychuk, “The supporting structure of the canopy is similar to the structure of an airship. The canopy strives upward by buoyancy forces, if its average density is less than the density of the atmosphere.” 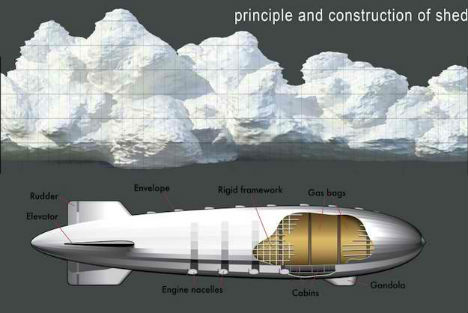 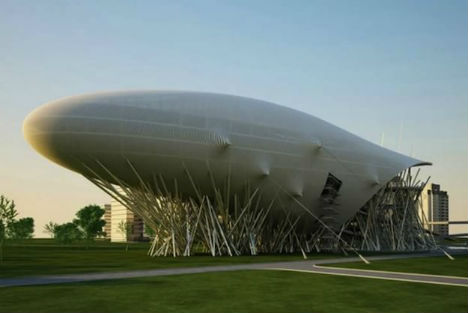 What’s the purpose of this canopy? Judging by the designer’s other projects, it may just be for fun. Kupreychuk previously designed The Draft Parking Lot with the Car Service Station, another airship-inspired structure “conceived as the embodiment of the boundless creative thought of an architect, who often must try to restrict it and leave it unfulfilled.” This concept won the distinction of being “the most surreal project designed in ArchiCAD” in 2011.