Transportation system patterns, right down to seat cloth details, are designed to last and look good even when stained by dirt and spilled drinks over time, making them an oddly suitable choice to turn into apparel. 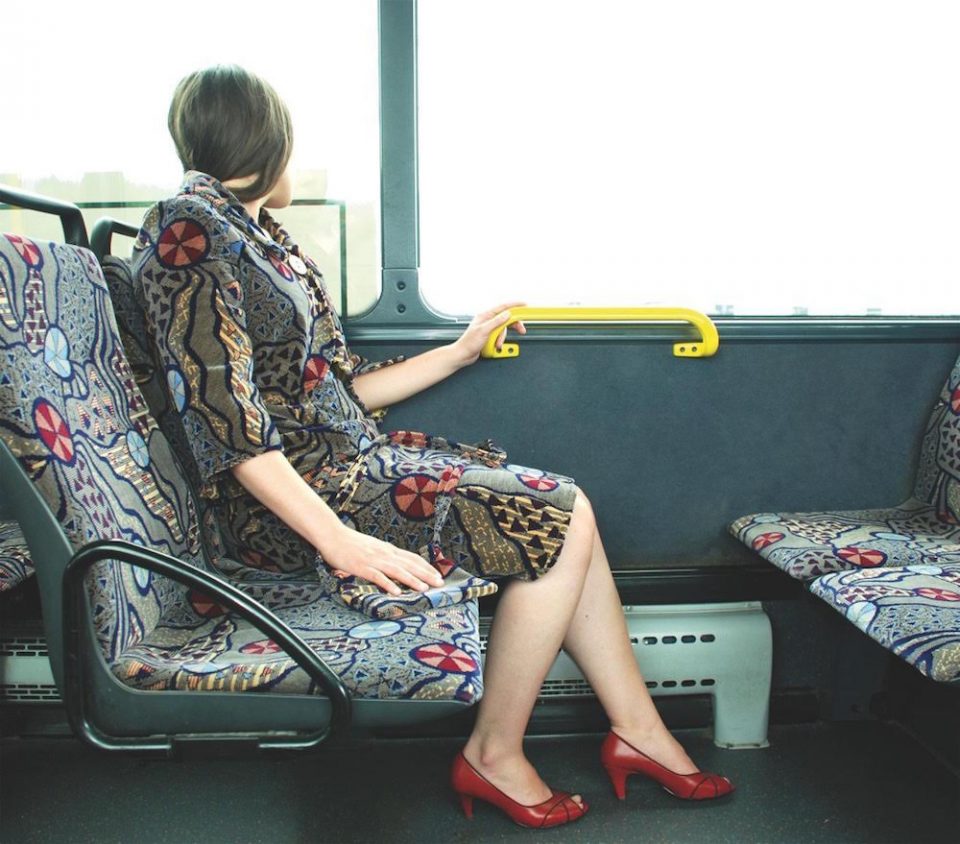 Of course, what looks best under those strained conditions can also look downright strange when turned into suits for human wearers, as German artist Menja Stevenson explored firsthand. 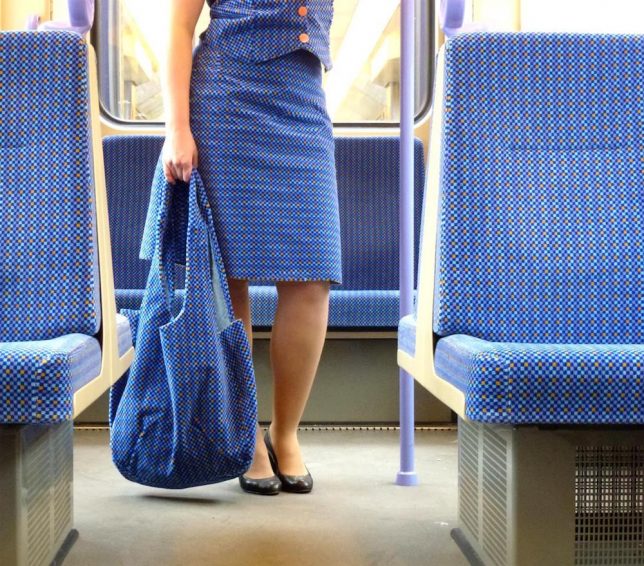 “No matter how many subway lines, buses, trams, trains, and other public conveyances we ride, we are rarely left with a positive impression of the upholstery,” writes David Gibson of the BBC in discussing this art project. “As sure as roses are red and violets blue, transport fabric is a multihued graphic abomination, possibly crawling with pathogens.” 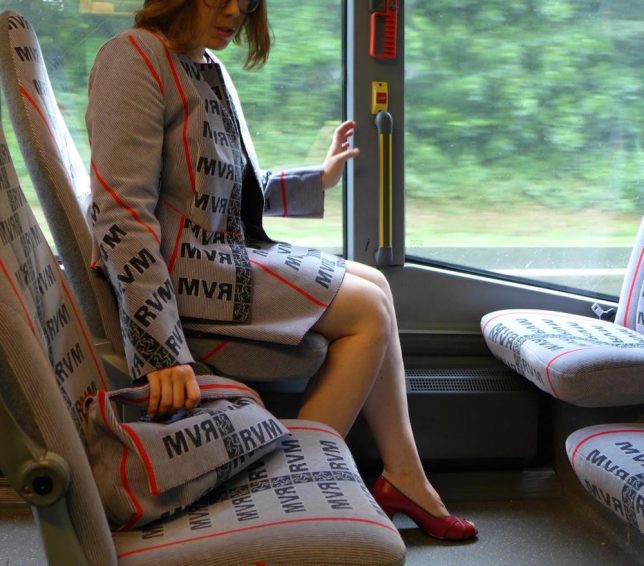 Stevenson contacted transportation officials and managed to get large enough sections and samples sent her way in order to start making her distinct urban outfits. 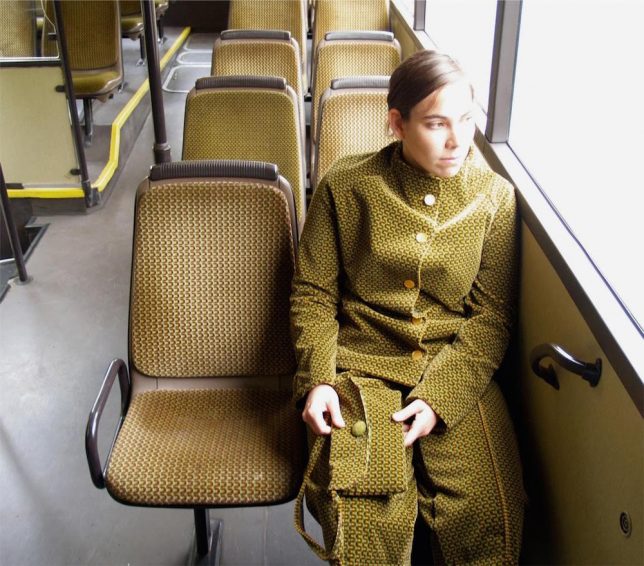 “For many years I had to take the bus to the academy where I studied art,” says the artist. “Such a pattern, like a lot of everyday things, imprints itself into our memory unconsciously without being actually perceived.Through my intervention the beholder (or passenger) becomes aware of the ‘invisible’ fabric.” 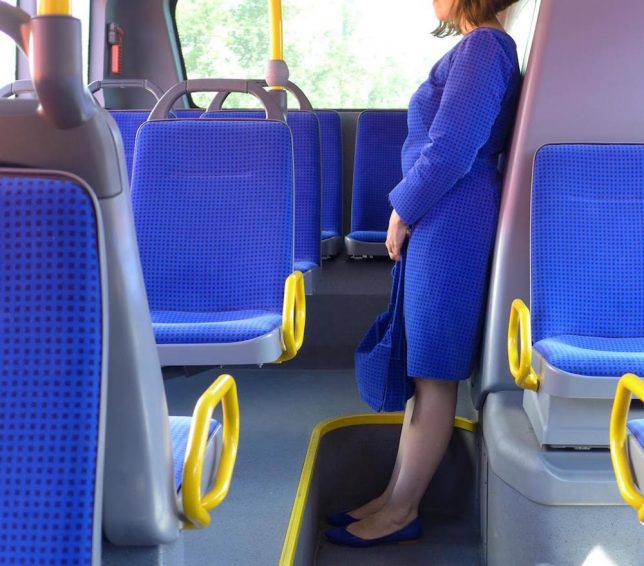 Of course, by outfitting herself in transit-mapping fabrics, Stevenson goes from being invisible to highly visible, inevitably generating conversations from curious onlookers who notice her fitting in while standing out (via Colossal).