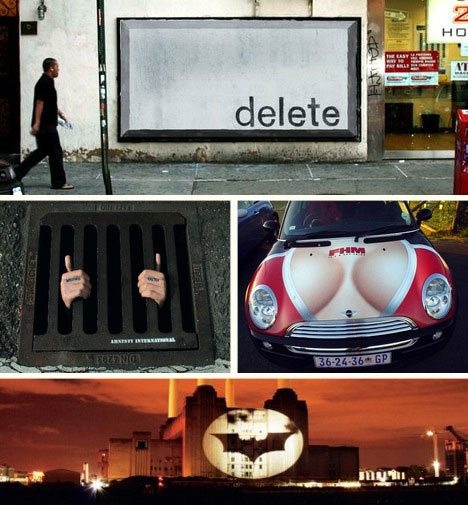 Here we have 13 more great examples of Guerrilla Marketing that people couldn’t help but notice.  Guerrilla ads continue to surpass traditional ads by leaps and bounds in their effectiveness, and they’re showing that the genre has the staying power to keep catching eyes for years if not decades to come.

Its Got a Sense of Humor 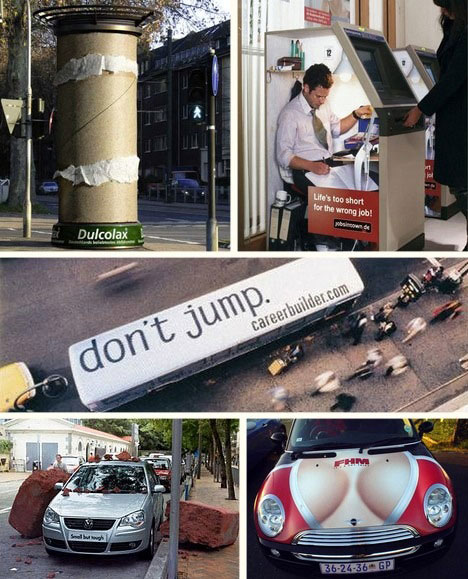 Guerrilla Marketing happens in the most usual places, which is to say that you can happen across a guerrilla-ad right in front of your house, down the street, or in an airport.  It has no ideal or worst location.  Dulcolax used the all-too-familiar posting pillar, present in nearly every city-center, to showcase their name in a comedic way.  Humor is probably the most often used shtick when exercising guerrilla marketing tactics; FHM put the Mini Cooper’s curvy, feminine body-styling to use in such a way with great results.  Volkswagen may be known as one of the most successful large car companies in this game, often showcasing the dependability of their product in new and always-surprising ways. 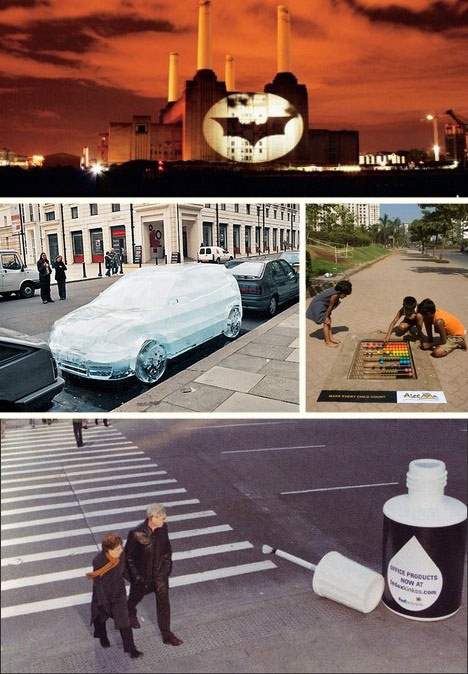 The line that divides guerrilla marketing from viral marketing can seem thin to non-existent sometimes.  While a full-scale viral campaign was underway for The Dark Knight, cleverly placed Bat-Signals could be spotted from time to time as a guerrilla side-project to get noticed.  Volkswagen, showing their commitment yet again, left a Polo, carved out of ice, sitting on a London street for the local denizens to find in the morning.  It may have melted hours later, but the effect was immediate.  In Mumbai, the strategy was used to get a point across; by placing a child’s toy in a sidewalk drainage grate, Aseema drives home the thought of children living on the streets. 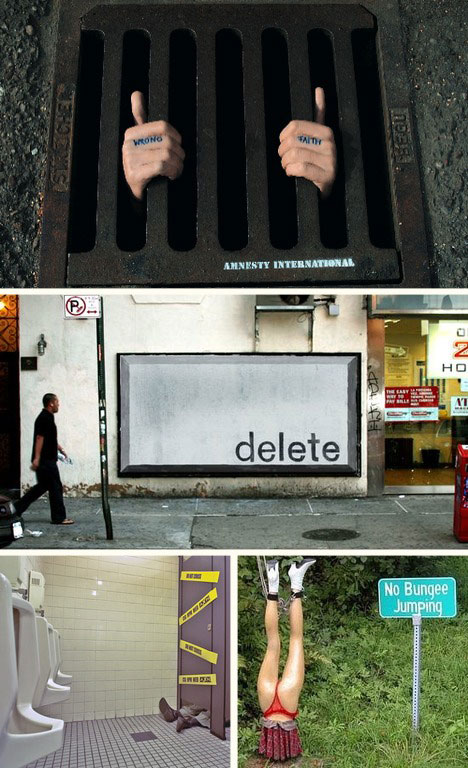 The endless uses for guerrilla marketing cannot be stressed enough.  One street may have an ad touting humanitarian-awareness, like Amnesty International’s example, while a rural road near a bridge could have a public-service warning about bungee-jumping.  CSI, being a huge show on cable-networks around the world, used fake crime-scenes in bathrooms and odd areas throughout Singapore.  Instead of police tape, showtimes and network-branding was printed on the yellow tape.  Marketing goes both ways, too; in New York City, local street-artists banded together for a raid on corporate ads that used public space without license.  When New Yorkers awoke that morning, they found that the usual commercial ads had been replaced with clever guerrilla protestations against the assumed injustice.  This all goes to show, with nearly unlimited uses, guerrilla marketing can be expected to give us many years more of actually enjoyable advertising in a world saturated with bland corporate ads.