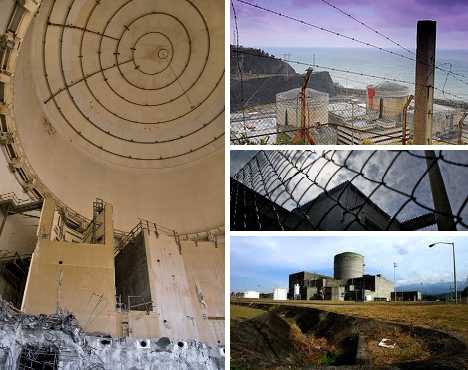 These 11 unfinished, abandoned, canceled, mothballed and/or suspended nuclear power plants will, for better or worse, never know the warmth of split atoms. 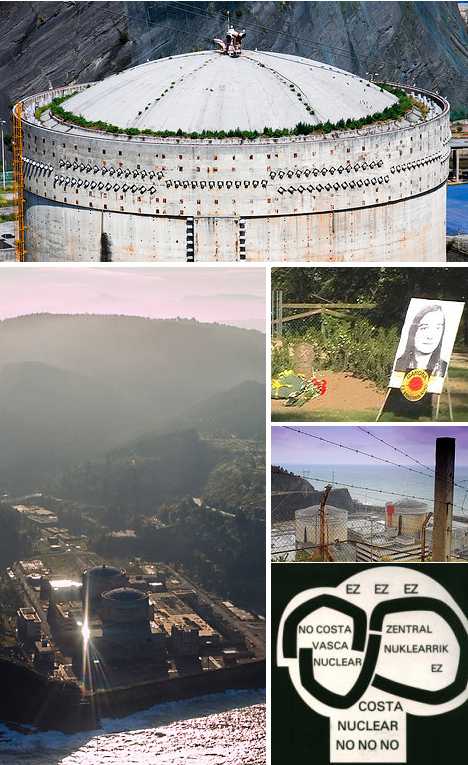 Construction of the Lemóniz Nuclear Power Plant, located on the Bay of Biscay on Spain’s northern coast, began in the mid-1970s but was dogged from its inception by violent opposition from ETA, the terrorist organization dedicated to the independence of Spain’s Basque country. The group managed to smuggle bombs into the facility on several occasions in 1978 and 1979 resulting in a number of fatalities and delaying the plant’s construction. 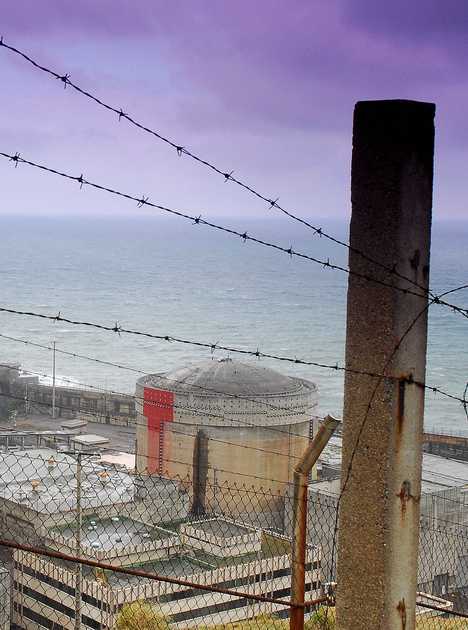 In early 1981, ETA members kidnapped and later killed José María Ryan, the plant’s chief engineer. This proved to be too much for Iberduero, the plant’s builder and operator, who temporarily halted construction pending action from civil authorities… it never came. In 1983 the election of Spain’s first left-leaning government since the Spanish Civil War resulted in the project’s official cancellation. Watched over by automatic CCTV cameras and protected by spirals of razor wire, the Lemóniz Nuclear Power Plant sits silently as vegetation takes root in accumulating dirt and debris. 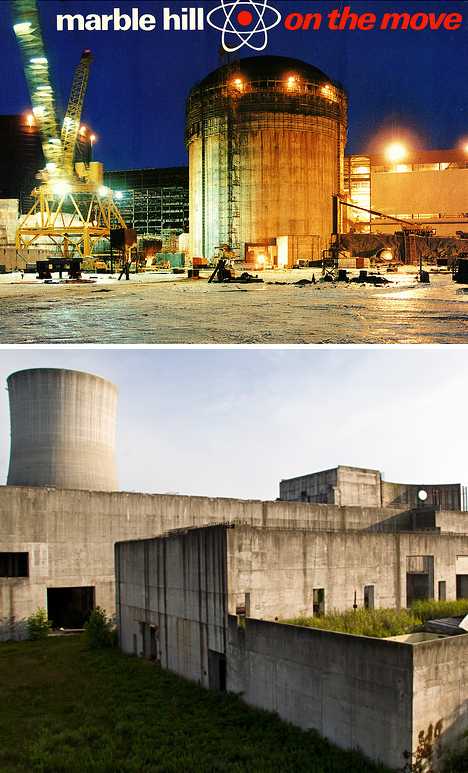 (images via: Craig Moyer and Ulule)

From 1977 to 1984, Public Service Company of Indiana (PSI) spent approximately $2.5 billion to build the Marble Hill Nuclear Power Station near Hanover, Indiana, and by the time the financial tap ran dry it was only half-finished! The political and environmental landscape had changed quite a bit over those 7 years with the biggest speed bump being the Three Mile Island crisis in 1979. With costs spiraling out of control and the state government reluctant to provide funding, PSI abandoned the project and auctioned off most of the salvageable material for a mere pittance. 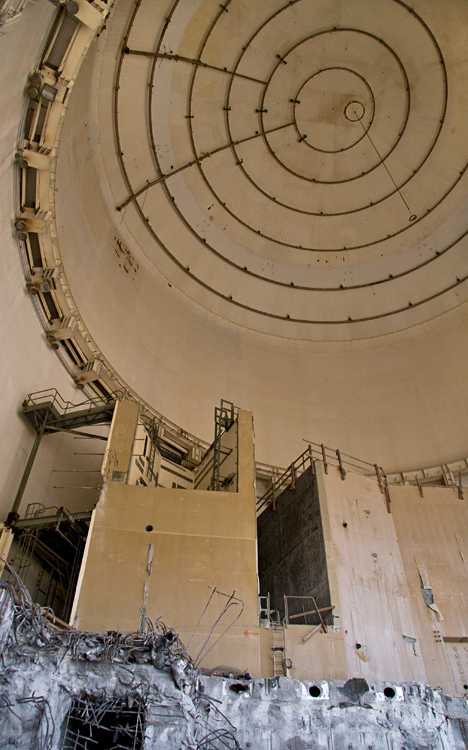 (image via: The Vanishing Point)

Equipment and parts from the Marble Hill Nuclear Power Station continued to be sold off in the early to mid-1990s but by the year 2000 everything of value had been sold. Since 2008, slow and steady demolition under the auspices of MCM Management Corp. has seen first the fuel-handling building and then the twin reactor containment buildings gradually reduced to mounds of scrap. The bright side, if any, is that none of the demolished material is radioactive. 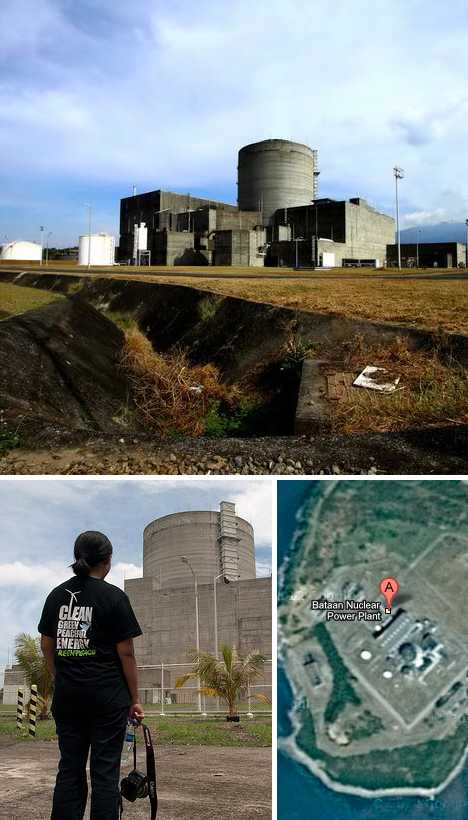 (images via: Philippine Defense Forum, The Pinoy Explorer and Discover)

Back to Bataan? Let’s hope not: conceived in 1976 as the Philippines’ first nuclear power plant, construction was halted on the BNPP in 1979 just after the Three Mile Island nuclear accident. An official safety inquiry revealed the existence of over 4,000 defects, plus the fact that the plant was being built atop active earthquake fault lines and uncomfortably close to then-dormant Mount Pinatubo. The latter’s surprise awakening on June 15th of 1991 turned out to be the second-largest volcanic eruption of the 20th century. 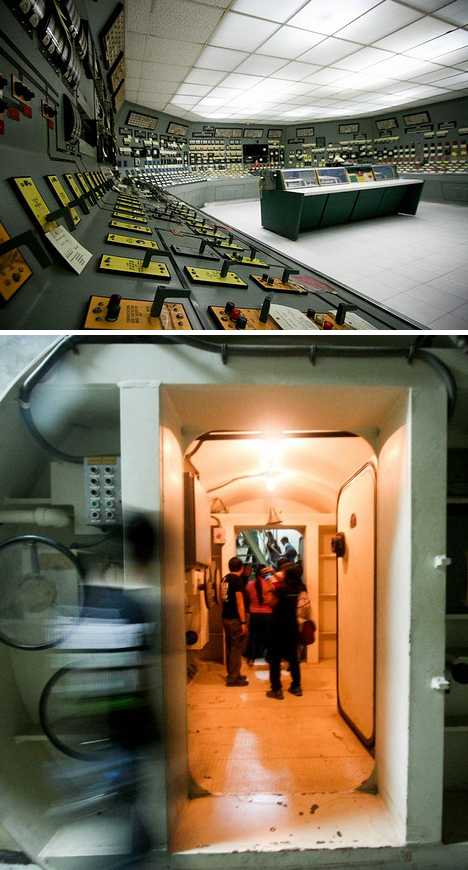 Repairs prompted by the safety inquiry’s findings ended up adding time and cost to the project, the latter of which had ballooned to $2.3 billion US by 1984. Nothing could stop dictator Ferdinand Marcos’ pet project, however, until Marcos himself was toppled and exiled in 1986. One of the first acts of the new “People Power” government was to respect the will of the people and mothball the power plant – the costs weren’t paid off in full until mid-2007. In 2011, the plant was re-opened as a tourist attraction with a significant number of visitors coming from Japan. 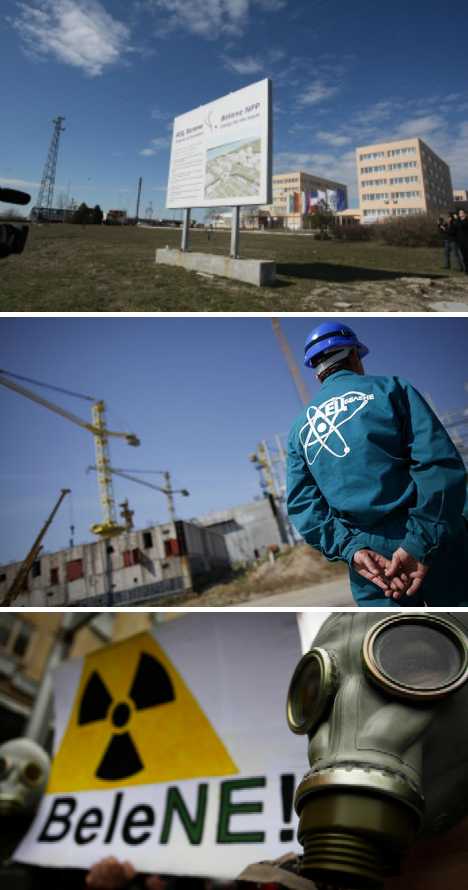 Located in northern Bulgaria near the Danube river and the border with Romania, the Belene Nuclear Power Plant was intended to replace four older reactors at the Kozloduy Nuclear Power Plant shut down as a prerequisite of Bulgaria’s joining the EU. Construction began in 1987 but in 1990, after Bulgaria’s transition from a communist to a capitalist state, the project was put on hold. 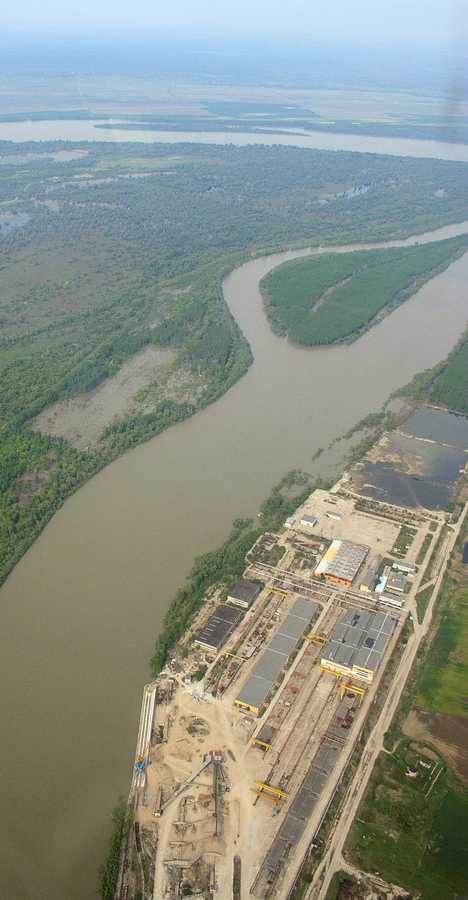 Existing infrastructure was preserved pending a possible restart of construction and this actually came to be in the fall of 2008. However, fierce wrangling over construction costs and the Bulgarian government’s insistence on the inclusion of an American or a European contractor once again derailed the project. Even though the plant was more than half complete, the decision was made in March of 2012 to revise the Belene Nuclear Power Plant as a gas-fired conventional power station.