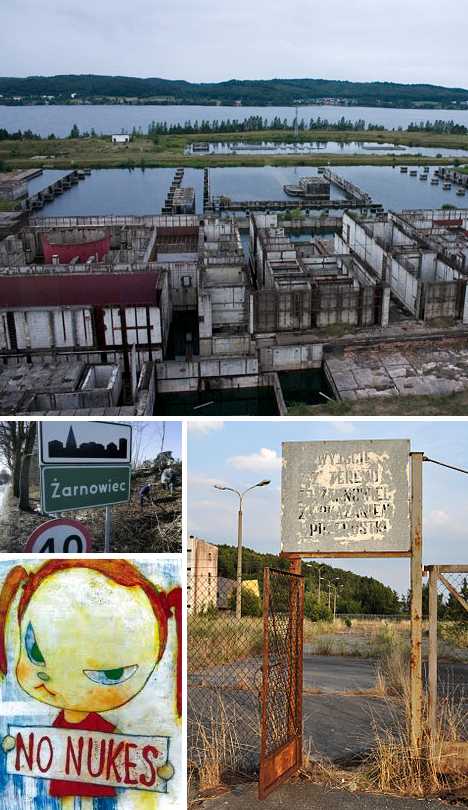 Plans for the first Polish nuclear plant were approved on December 9th, 1972, and the location chosen was the village of Kartoszyno on Poland’s Baltic Sea coast. The plant was to be the centerpiece of a dedicated industrial and economic zone with over 700 buildings and an electric railway. The entire scheme went off the rails, so to speak, after the 1986 Chernobyl disaster kick-started public opposition to the Zarnowiec Nuclear Power Plant that manifested itself in a 1990 referendum. With 86% giving a big thumbs-down, Zarnowiec was dead in the water. 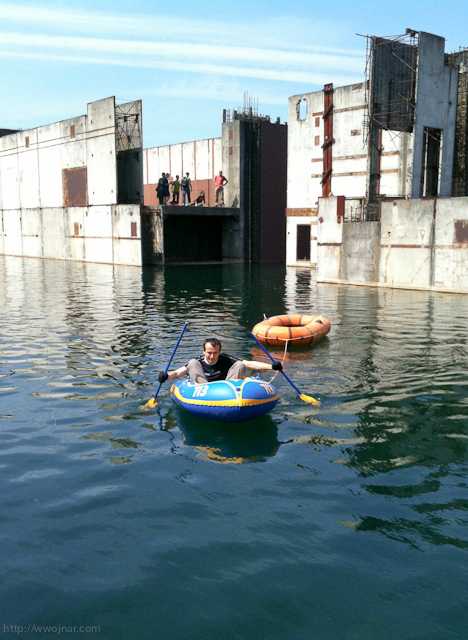 After some governmental hemming & hawing, the entire project was officially cancelled on September 4th, 1990, at which time the first reactor block was 40% complete. Subsequent mismanagement of the construction site at both the local and national level led to widespread looting and vandalism – the total financial loss may be as much as $2 billion US dollars. In the meantime, Poland’s economy continues to grow while demand for energy increases apace. An up & running 4-reactor power plant would be greatly appreciated these days. 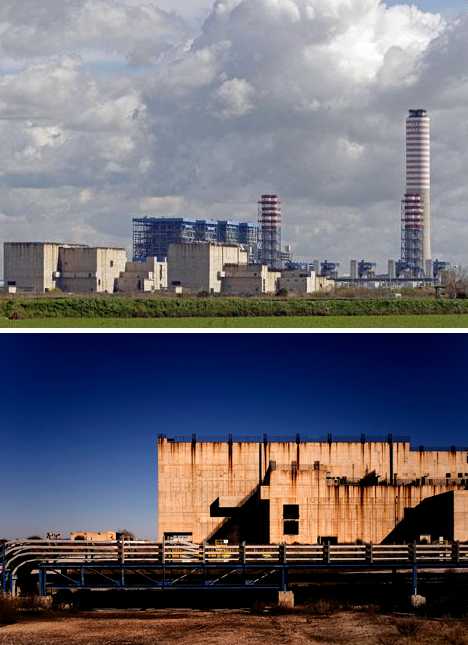 The Montalto di Castro Nuclear Power Station located in Italy’s Lazio region about 90 km (56 miles) northwest of Rome was planned by Italian public power company ENEL in 1971, though shovels didn’t hit the dirt for an entire decade. This left the power plant fully exposed to what we’ll call “the Chernobyl Effect;” intense public fear and rejection of all things nuclear. Sure enough, a national referendum on the use of nuclear power in Italy was held in 1987 with the result causing Italy to close operating nuclear power plants and suspend or cancel all those in the planning and building stage. Thus, the Montalto di Castro Nuclear Power Station was forbidden to start up even though the plant was virtually complete. 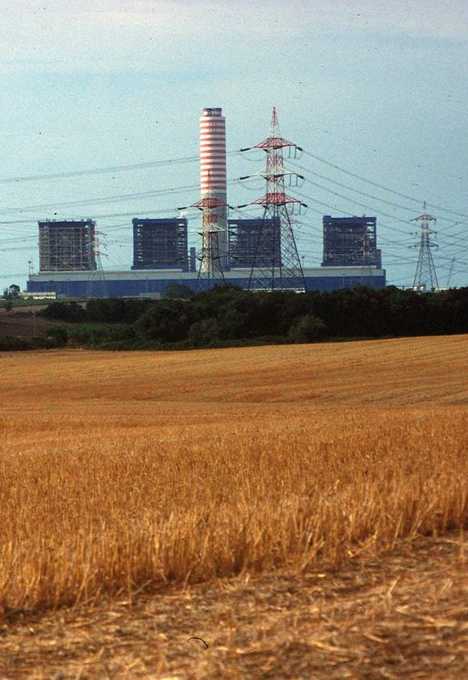 (image via: The Reinstein Digest)

Wisely, the Italian government and ENEL took steps to ensure the Montalto di Castro Nuclear Power Station would not be a total waste of time and money. Both a large gas-fired power plant and Italy’s largest photovoltaic (PV) plant make use of the former Montalto di Castro Nuclear Power Station’s facilities, infrastructure and power transmission lines. 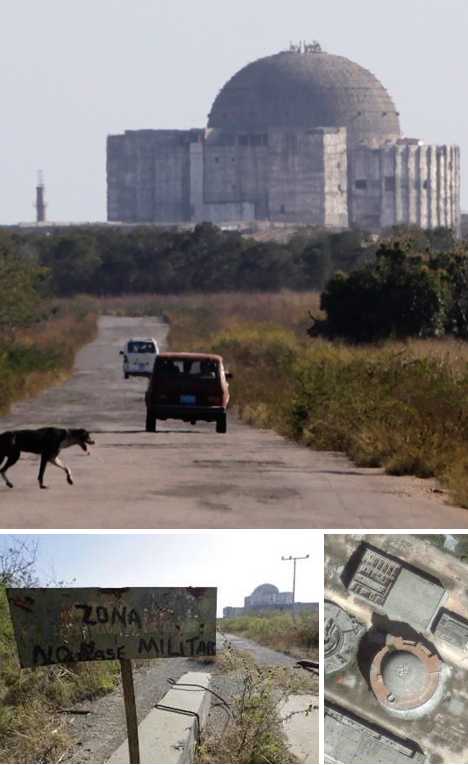 (images via: Boston.com, Townhall.com and Robert-Marquardt.com))

The stillborn Juragua Nuclear Power Plant in Cuba’s south-central Cienfuegos Province has its origins in a 1976 agreement between Cuba and the former Soviet Union that envisioned a total of 12 Soviet-designed nuclear reactors spread over three different locations – Washington was less than pleased, as one can imagine. This grandiose plan was later revised so that a mere two reactors would be installed at the Juragua location. 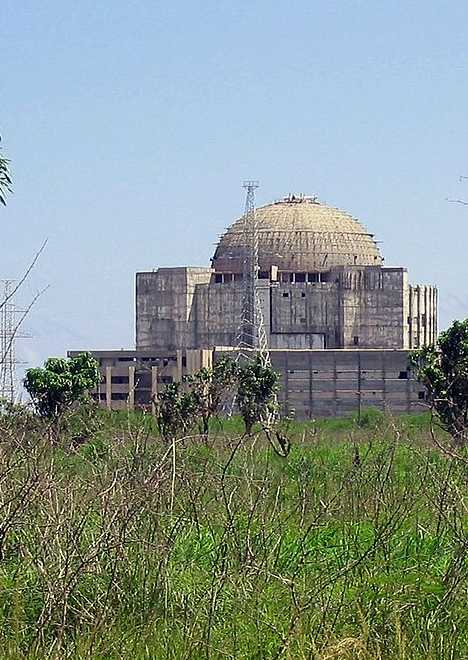 Construction began on one reactor in 1983 and on the second in 1985; at one point up to 450 Soviet technicians were hard at work onsite at Juragua. By the fall of 1992, over 90% of the first reactor’s infrastructure had been completed though well under half of the crucial reactor machinery had been installed. At this point, the fall of communism in the USSR threw a large monkey wrench into the works. Two-thirds of the Russian workers left for home and construction ground to a halt. Following a number of false starts, Cuban leader Fidel Castro announced in 2000 that the power plant would not be completed. 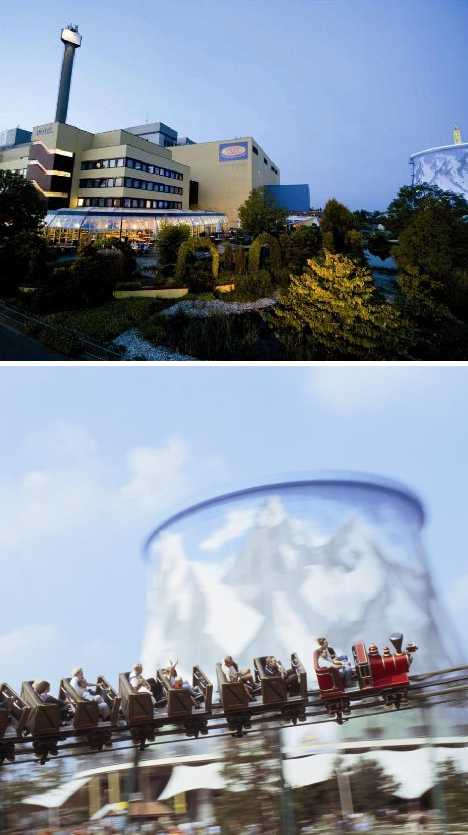 It’s a pity so few abandoned nuclear power plants haven’t been re-purposed to the extent the SNR-300 Fast Breeder Nuclear Reactor complex in Kalkar, Germany has. Approved in 1972 and completed in 1985, the plant was finished to the point where it only required nuclear fuel to begin power generation – the liquid sodium coolant had already been installed and was being heated electrically at great cost to prevent it from solidifying. 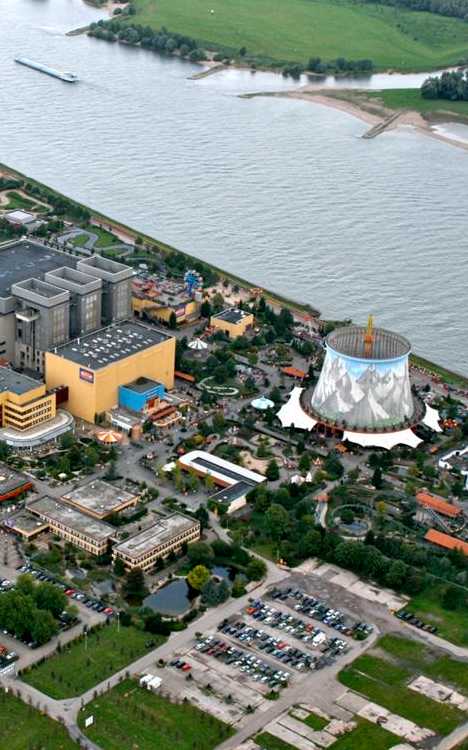 Noting a high level of public opposition to the facility and with national elections looming, the German government decided to postpone the plant’s start-up until after the vote… a critical decision. Then came the Chernobyl disaster in April of 1986, the tipping point after which it became politically impossible to open the SNR-300. In March of 1991 the project was officially canceled and the plant was shut down. Fast-forward to 1995 when a Dutch investor bought the non-radioactive property for 2.5 million euros, whereupon it became an amusement park with a 400-bed hotel named (at first) Kernwasser Wunderland and, since 2005, Wunderland Kalkar.