Feel the wind on your face and smell the pine sap of the forest as you gaze down at the scenery far below – without ever leaving the ground. ‘Birdly’ is a new machine developed by the Zurich University of the Arts that simulates flight using an Oculus Rift virtual reality headset, a motor-powered machine that mimics flying movements, a fan to fake the feeling of wind and even olfactory feedback tailored to the landscape of your choice. 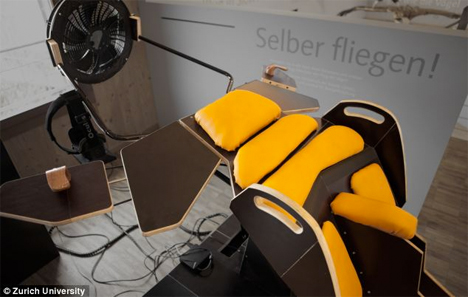 The creators studied the movement of the Red Kite bird and translated it to a sensory-motor coupling that enables you to flap your ‘wings’ as if you’re really flying. The movement of your arms directly correlates to the flying sensation you experience through the Oculus Rift headset. 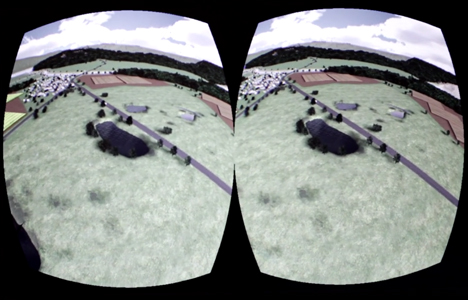 Once strapped in, you’re embedded in a virtual landscape as if you were the Red Kite itself for the closest possible simulation of flight that’s possible without ever actually going into the air. The faster you go, the stronger the air pushed out by the fan positioned right in front of your head. 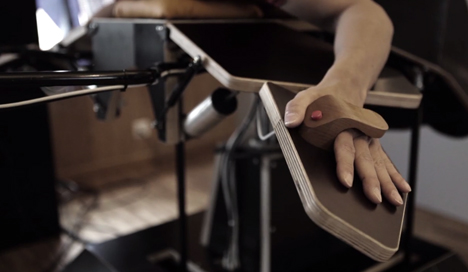 While it’s easy to imagine Birdly becoming a fixture at amusement parks, so far, it’s just an art installation, with no plans for commercialization. The creators say there are a few tweaks still needed to keep users from getting sick during the flight experience. This device is just the latest in an intriguing line of creations using Oculus Rift to bend reality, like a recent Gender Swap experiment that allows the user to switch to the point of view of someone of a different gender.