Diminutive flags wave in the wind, ferris wheels the size of clock gears turn, cranes rise and fall and tiny cars zoom around in this three-dimensional world made out of paper. Artist Charles Young has been working on his ‘Paperholm’ project for years, typically completing one miniature building every single day, mounting them to wood or stone and creating stop-motion animations from their moving parts.

Today, Young has amassed over 635 paper buildings, rollercoasters, vehicles and other elements of his miniature cities, putting them together into an impressively well-organized whole. A graduate of the Edinburgh College of Art with both bachelor’s and master’s degrees in architecture, Young initially took on the 365-day project to explore architectural forms in paper, hand-cutting them from watercolor paper and assembling them with PVA glue.

The first time Young created an animated GIF of one of his creations, he just wanted to demonstrate how smoothly a particular element spun in a circle. This turned out to be a pretty cool way of showing them off. He sketches, cuts and assembles each structure in a single sitting. 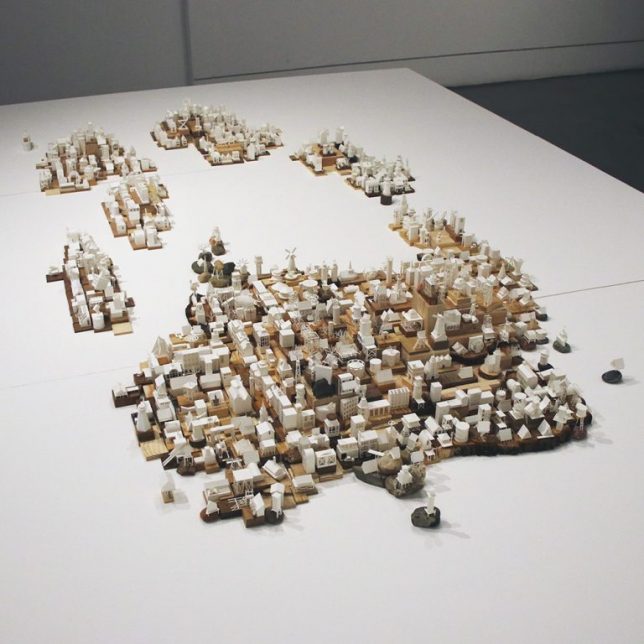 The resulting city is gleaming white and surprisingly well realized considering its two-dimensional origins. Each element is individually documented on the Paperholm tumblr so you can see how it works, and then take in entire blocks of the tiny creations as a whole.