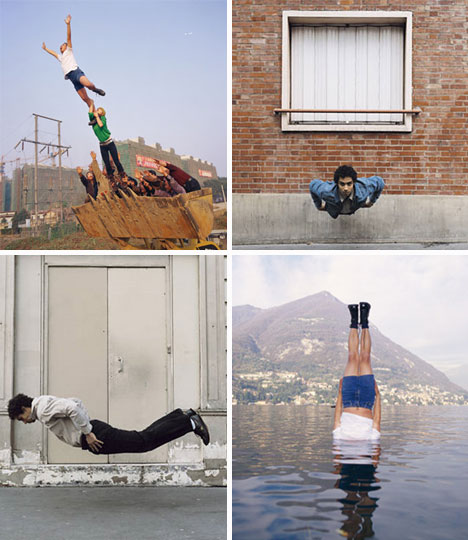 What do you get when you cross performance art with high-energy photography?  You get the unique and fascinating photography of Denis Darzacq and Liwei.  Both time-freezing artists create and then capture unexpected moments in time, leading the viewer to wonder if these images could possibly be real (hint: they are). 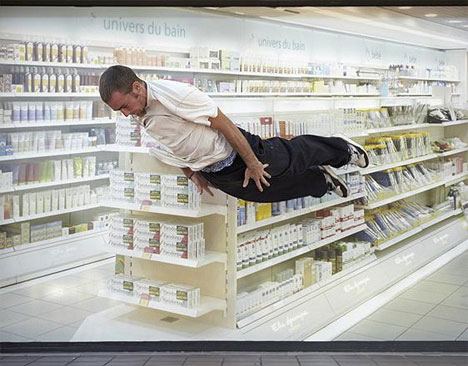 The two artists operate in slightly different ways.  Paris photographer Denis Darzacq‘s photos depict people in mid-fall, mid-jump, or simply mid-air.  While the idea of shooting a picture when someone is suspended in mid-air isn’t new, the result of Darzacq’s technique is unexpected.  The photos are jarringly realistic, but seemingly impossible.  They are so impossibly realistic, in fact, that it doesn’t seem possible for the scenes to have occurred without the intervention of photo manipulation.  But by using the talents of energetic dancers, Denis Darzacq creates the amazing scenes without using any digital manipulation. 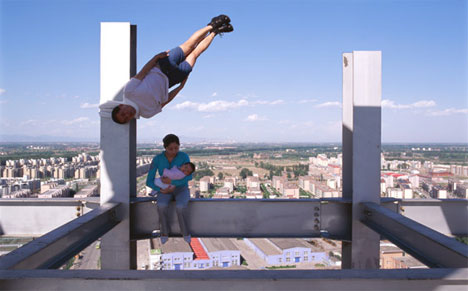 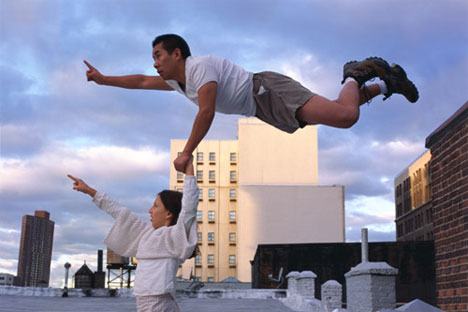 Chinese artist Li Wei goes about creating his astonishing photos in a slightly different way. As the primary subject of his own photography, Li Wei prepares and perfects the shot before throwing himself into it in a unique manner. In some photos he uses a mirror to create the illusion of his disembodied head floating through various settings. In others, he is mid-air in incredibly dangerous or impossible situations. These photos are also created by photographing an actual scene, though they are not quite as dangerous as they seem. The wires and scaffolding that get him into such precarious poses are edited out of the photos during processing. However, the artist points out that he is sometimes in very real danger during photo shoots, regardless of his safety precautions. He is a performance artist at heart, but by photographing his performance concepts he is able to reach a far wider audience than he would simply performing on the street. Click to enlarge the amazing images below: