A wall could look as flat as flat gets until street artist Peeta gets his hands on it with a can of spray paint, distorting its surface, confusing its perspective with three-dimensional illusions. Sometimes, the effect is so convincing, you can’t tell which windows are real and which ones are painted, or whether some elements of the composition really are popping out beyond the wall. Hint: if you think they are, like in the case of the windows on the green-roofed building below, you’re probably wrong. 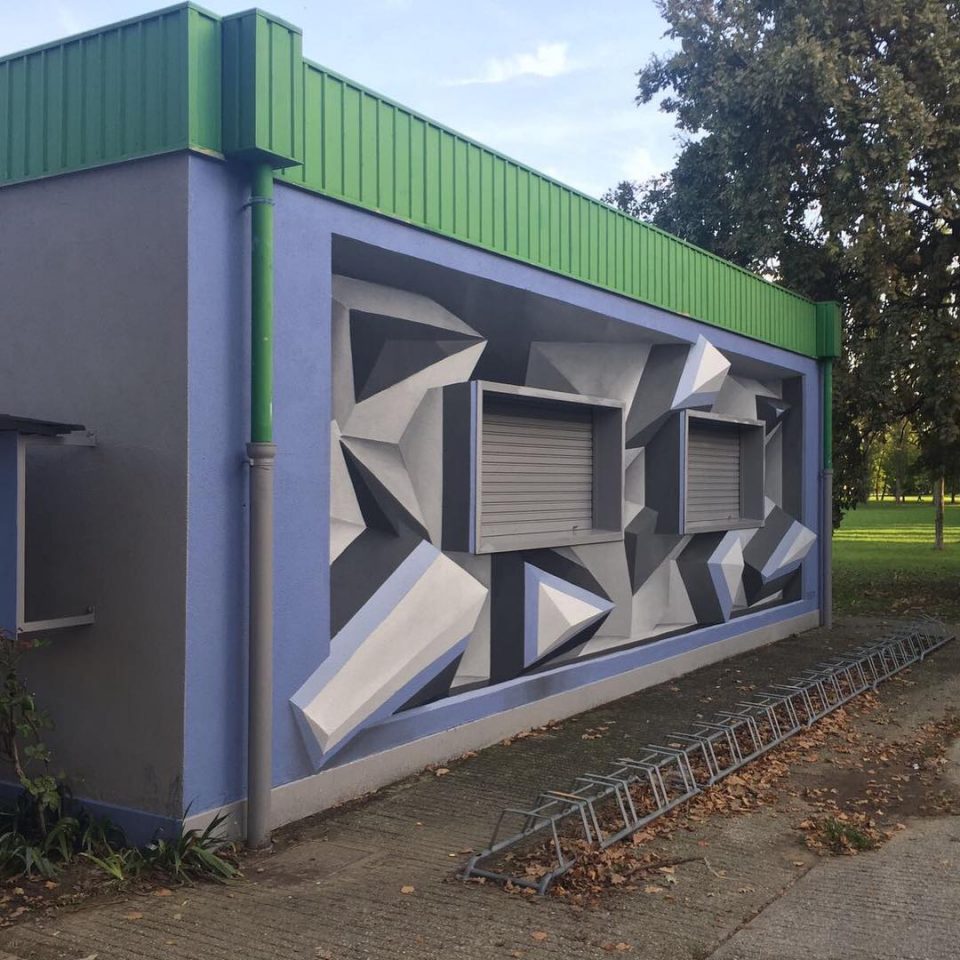 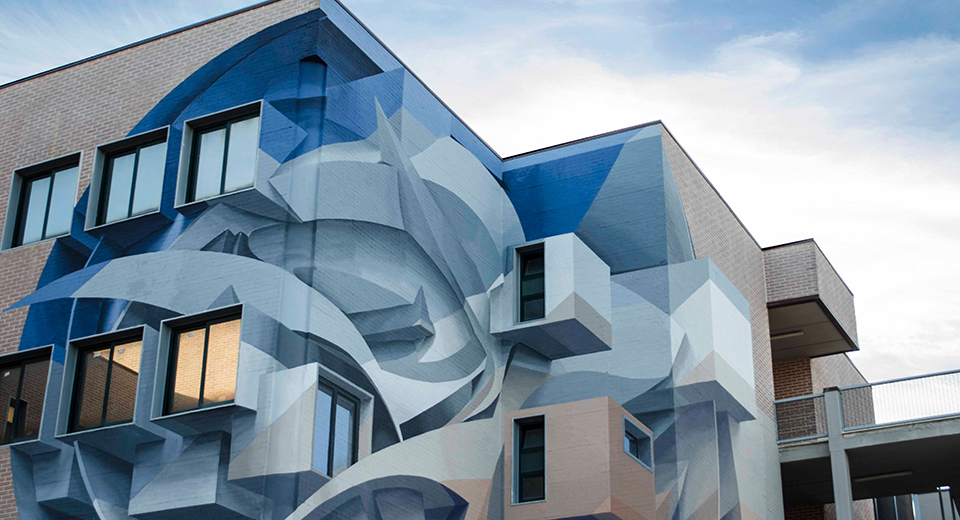 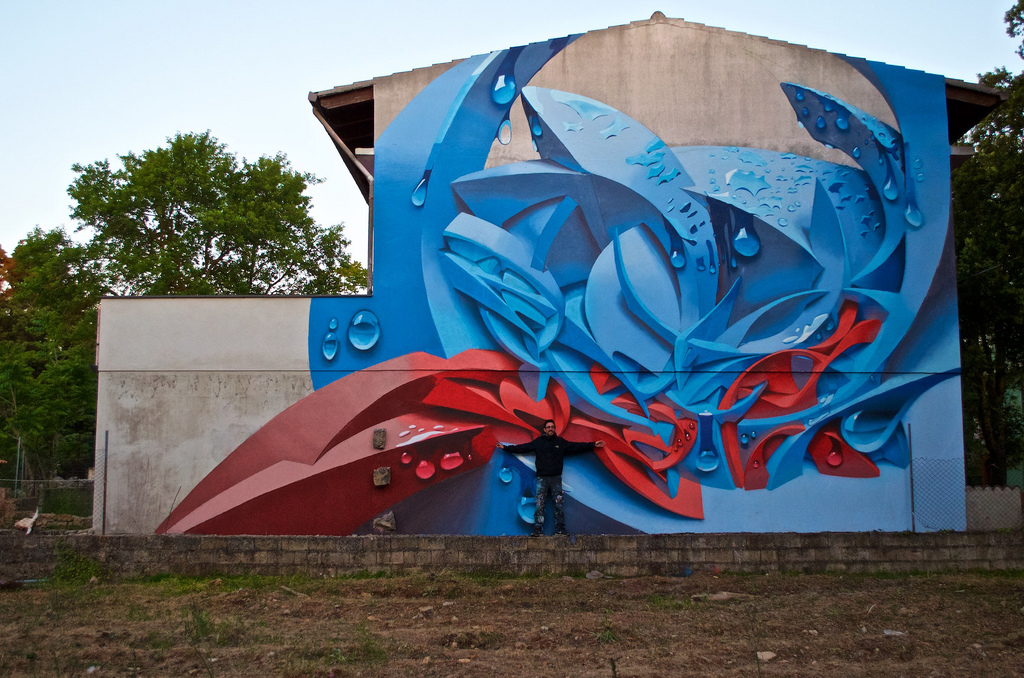 Peeta – real name Manuel Di Rita, a resident of Venice, Italy who’s been painting graffiti since 1993 – has really upped his game over the last few years. A member of Padova-based EAD crew and New York City-based FX and RWK crews, Peeta also works on canvas and with actual 3D sculpture in PVC, bronze, acrylic resin and fiberglass. His experience with sculptural media really shows in his newest murals, which take the familiar forms of letter-based street art and manipulate them into abstract creations. 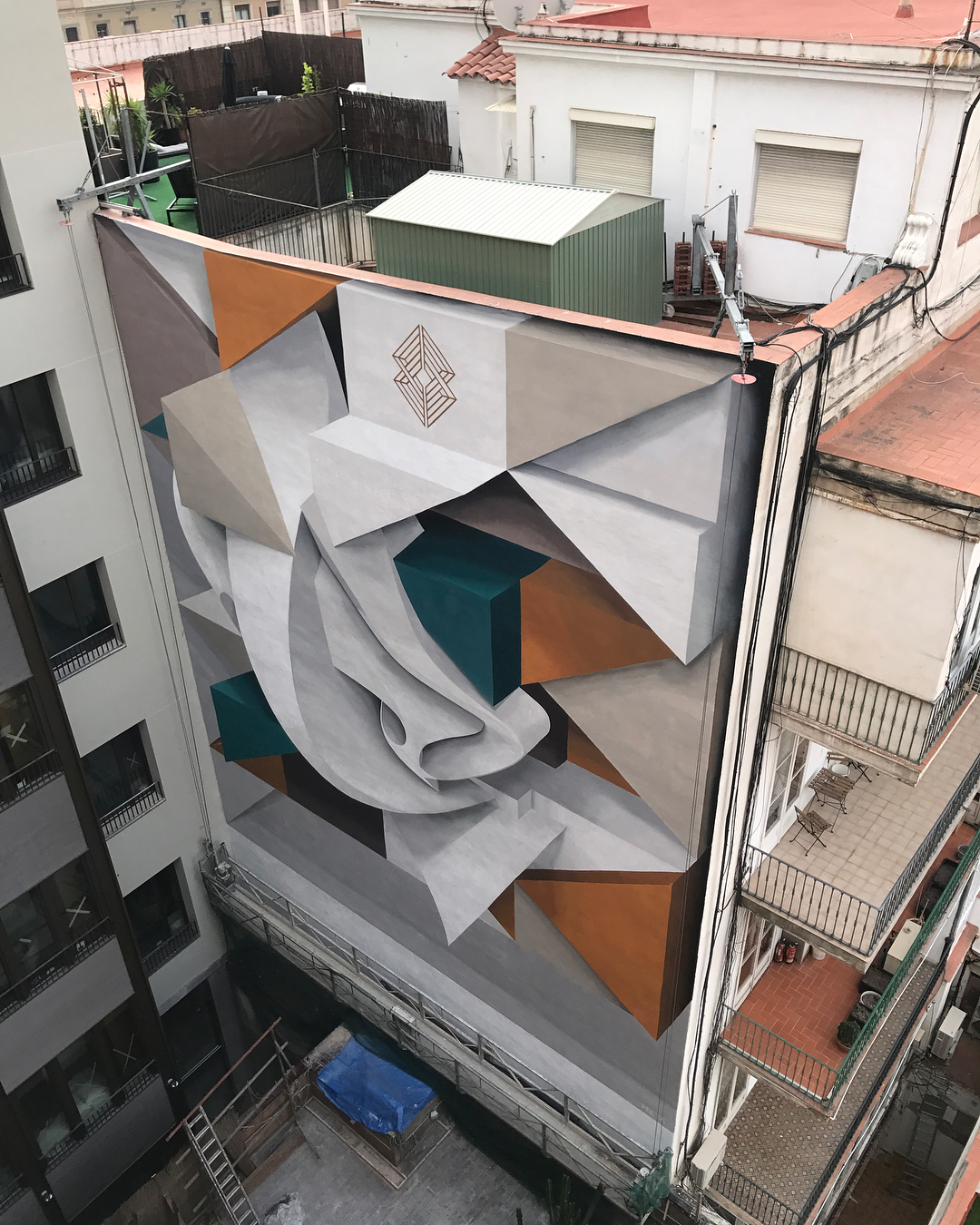 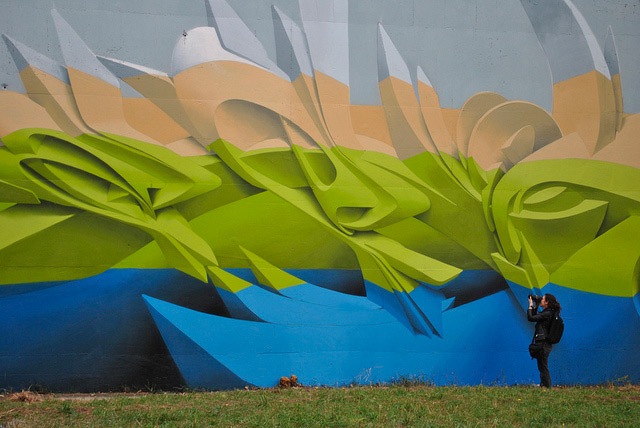 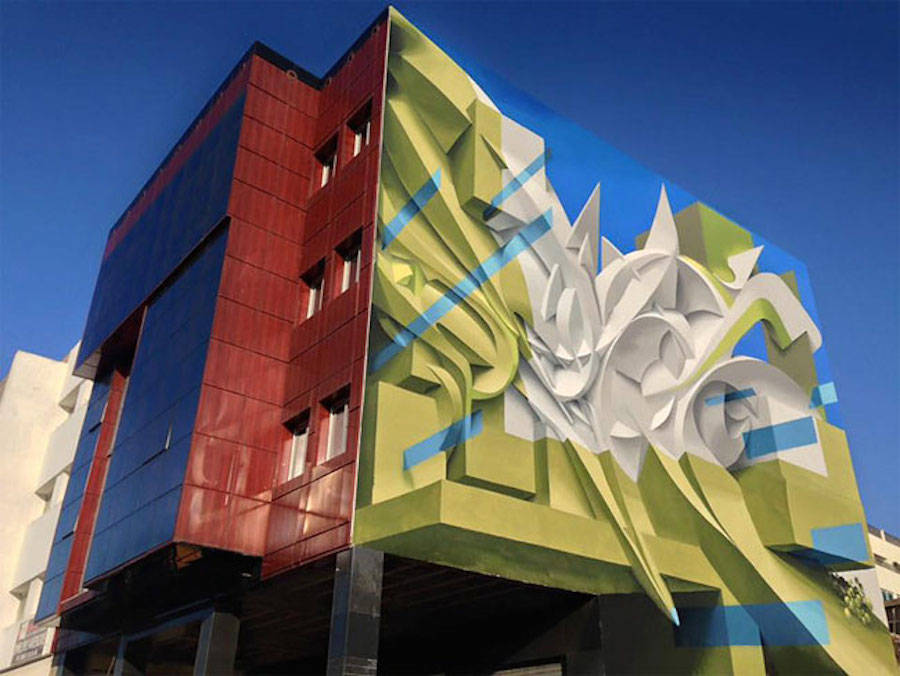 “Today, through my anamorphic works I redesign the volumes of any kind of surface involved, thus causing with my paintings a temporary interruption of normality by altering the perception of familiar contexts and so raising a different understanding of spaces, and consequently, of reality as a whole,” says Peeta.

“Metaphorically, I want to neutralize preconceptions and urging the emergence of new perspectives. Anamorphism totally embodies the intent, always pivotal in my production, to reveal the deceptiveness of human perception, the fallacy of narrow and fixed points of view through visual tricks which, proceeding from the attempt to confer a three-dimensional semblance on a pictorial representation, ultimately reveal their will to deceive.” 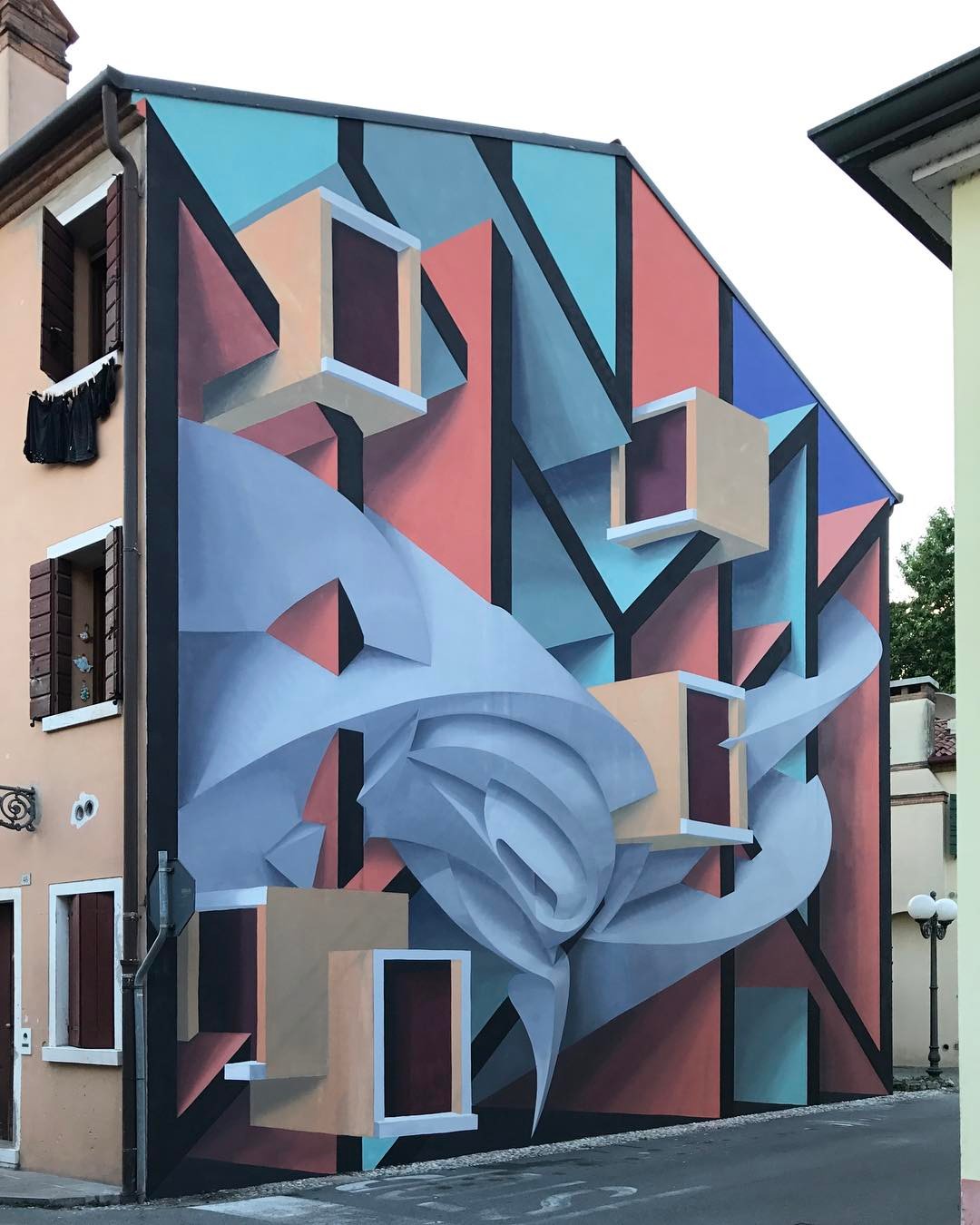 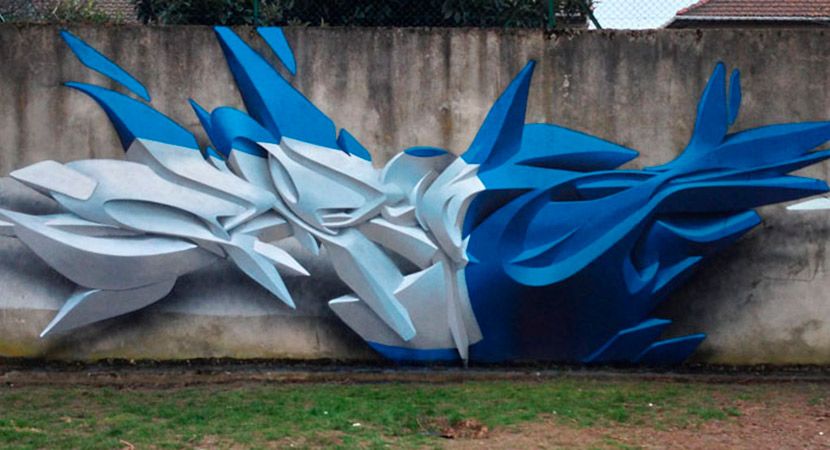 Peeta’s works have popped up – literally – all over the world, from China to Oregon to Barcelona. Give him a follow on Instagram @peeta_ead to keep up with his anamorphic works and occasionally get some interesting backstory on particular pieces.