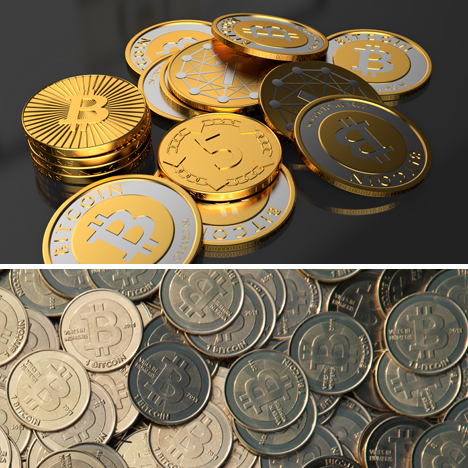 The crypto-currency Bitcoin is all over social media, blogs and news sites. But beyond the volatility, speculation and noise there is a fascinating question being asked and answered: from coins to wallets, how does the world’s first widespread digital currency manifest in visual or physical form? (top image by cybrbeast) 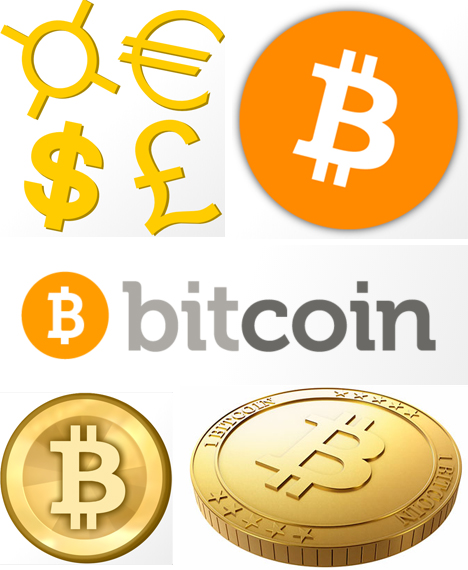 The Bitcoin logo is a rather simple affair, borrowing much from traditional currencies (a partial strike-through) and clearly, most of all, the United States dollar. For some, though, seeing is not enough – for emotional and practical reasons alike, many want a physical analogue to their virtual wealth. 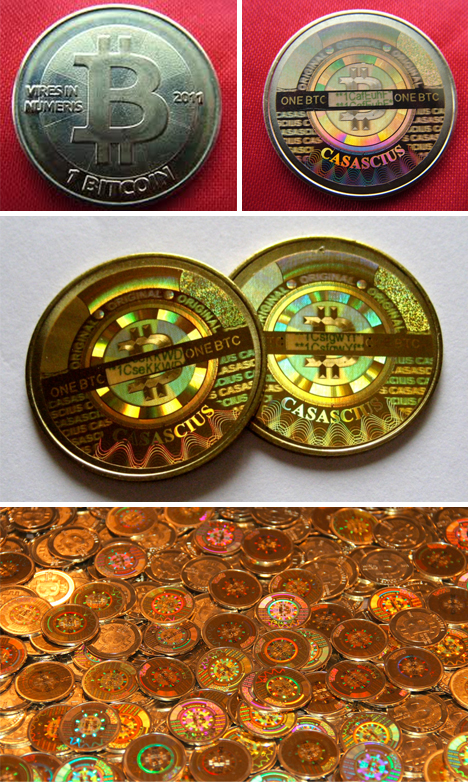 That baseline design, however, has spawned not only 3D renderings approximating solid coins, but actual physical coins themselves for fans of hand-held collectibles. The Casascius series have solid brass, electroplated gold and pure silver variants that ‘contain’ real Bitcoins (an address with a private key hidden below a removable hologram). Like Gold Eagles, the value of these on the secondary market has consistently stayed above the ‘spot’ price for the currency they contain. 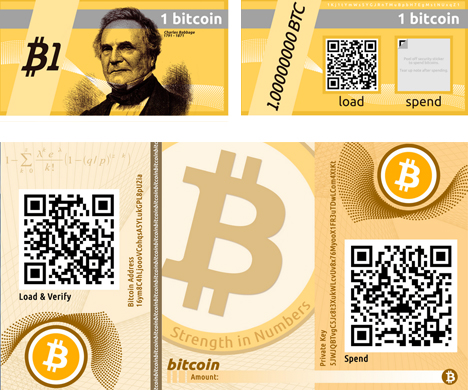 And it does not end there. For security purposes, many people prefer to keep copies (in some cases: their only copies) of their virtual Bitcoin ‘wallet’ in offline form. For better or worse, this translates computer-centric risks (hacking and data corruption) back into more familiar ones (physical theft or loss). Designers on that front  have come up with a number of interesting options, from plasticized and paper ‘notes’ to self-printed wallets. In the decentralized, open-source spirit of Bitcoin, many designers (like Doctor 75R) give these designs out freely as well.

Canton Becker lists off the advantages of his variant, shown above: “(1)Private key is hidden behind folds, so your wallet content is still safe if left out in the open or photographed. (2) Tamper-proof tape indicates when you (or someone else!) has revealed the private key. (3) Folding design obfuscates private keys so they’re hidden even when holding wallet up to a bright light. (4)Reverse side has basic wallet operation instructions and a register for writing down deposits / balance. (5) Private and public keys are replicated (and rotated) in triplicate to maximize chances of recovering keys if paper is damaged / crumpled.” 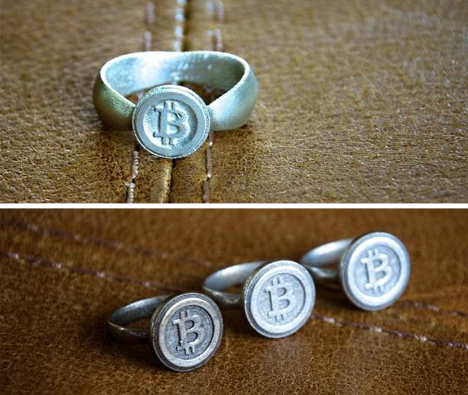 There is even a movement toward making Bitcoin secret (de)coder rings – like gold or silver ones, they can be stolen, but they also allow you to wear and keep your wealth (literally) close at hand. By engraving the private key on the inside of the band, there is no way to see it unless you (or someone) takes it off. 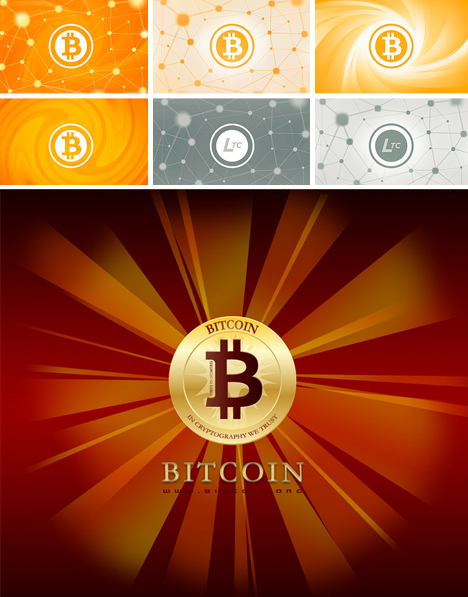 And, of course, anything with sufficient fans warrants making wallpapers – here are a series of six available at full size on Flickr.