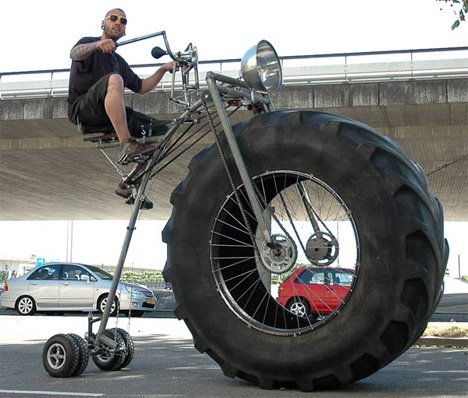 Putting regular puny bikes to shame, the Monsterbike (or should that be Monstertrike?) took Dutch design student Wouter van den Bosch about three months to build. Constructed solely of materials that were donated to him by friends, family and a tractor company, the inventor came up with what is easily the most intimidating tricycle we’ll ever see. Weighing in at an astonishing 1650 pounds, this beast holds the world record as the heaviest rideable bike. 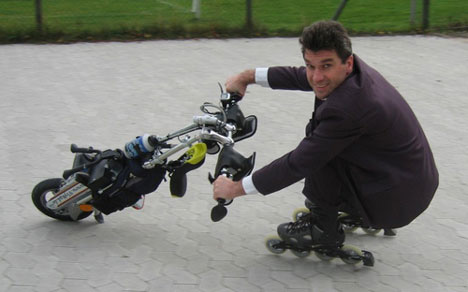 Want to break out those in-line skates that have been sitting in your closet since 1996 but aren’t sure you have the leg power to use them anymore? The Flyrad is a unicycle that isn’t meant to be ridden – rather, it’s meant to tow skaters behind it. It has been described as a motorcycle where your skates are the wheels. We’ll concede that this invention is probably one of the goofiest ever – and one of the ones we most wish we could play with. 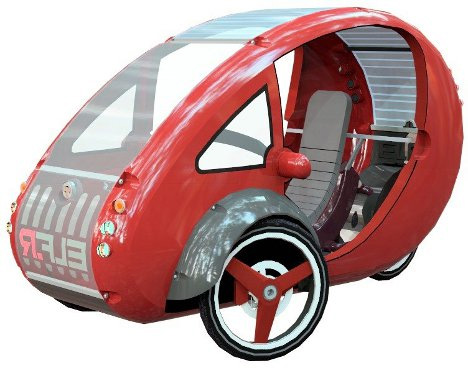 As the ultimate in eco-friendly transportation, the ELF is an ideal way to get around without contributing to the world’s rising pollution. The cute trike can be pedaled, but it also has solar panels and a battery pack. You can use leg power to get to your destination or just leave the ELF in a sunny spot for a while to charge it up. If neither of those are an option, however, you can charge the adorable vehicle via a plug.