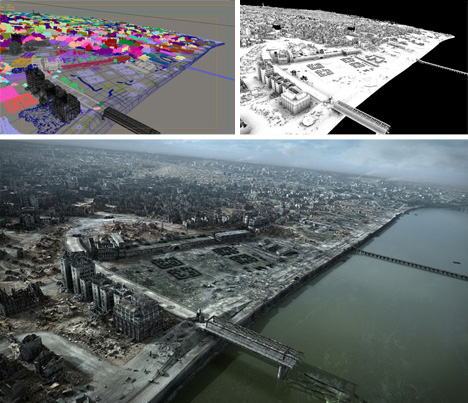 It took 1 year, over 1000 photographs and extensive archival research to construct The City of Ruins, a digital stereoscopic reconstruction of Warsaw, Poland in its most devastated state. With over 60,000 3D-modeled structures (detailing what remained), this incredible undertaking brings home the scale of destruction with stunning visual details and remarkable historical accuracy.

As illustrated in the trailer above and images below, over 85% of the buildings in the city were ultimately destroyed between urban combat and systematic leveling. Its creators note that this is the first rigorous large-scale attempt to rebuild a war-ravaged city in digital form. 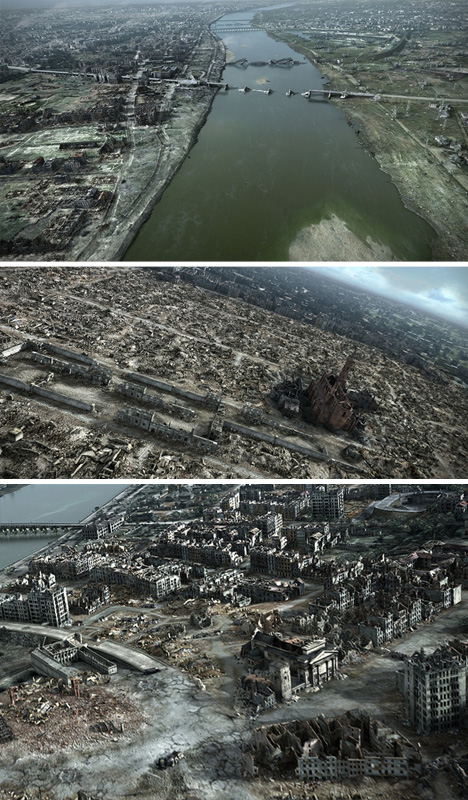 The Polish Resistance staged the Warsaw Uprising in 1944, which, lacking promised Soviet support, fell hard to German forces over brutal two month period. Thus Warsaw, previously a of nearly 1,000,000 people, was reduced to a habitat for less than 1,00o. 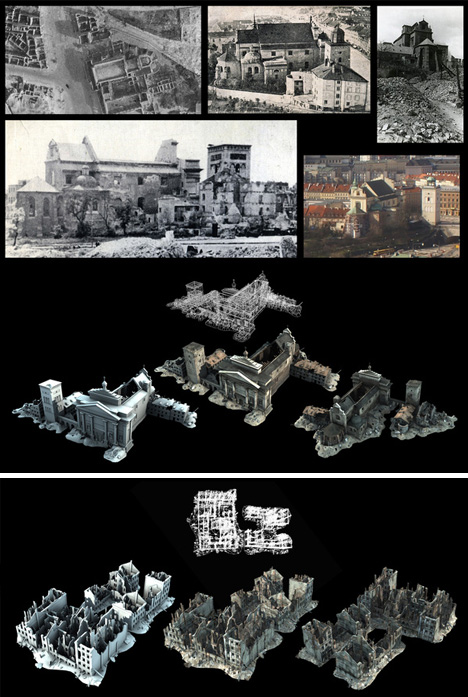 The extent of its demolition is hard to picture, hence the creation of this model and flyover video for the Warsaw Rising museum. Without anti-aircraft capabilities or the ability to receive sufficient aid and support from the West, defenders in the city fought but ultimately fell or retreated through the sewer system. 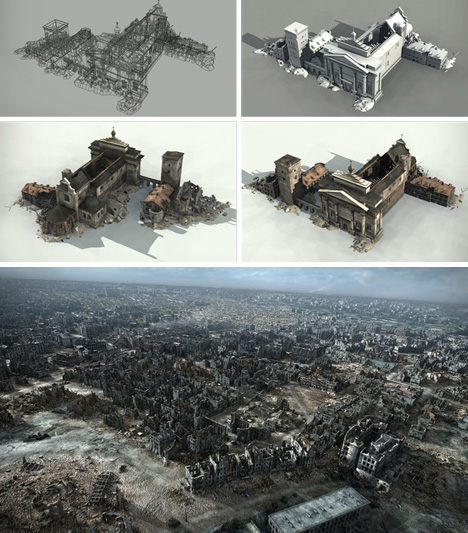 Hundreds of thousands of fighters and civilians alike perished in the conflict. The destruction of structures and infrastructure was documented piecemeal, the scraps of which were assembled formed the basis for this disturbingly realistic model and film. More on the remaking of the ruins below.