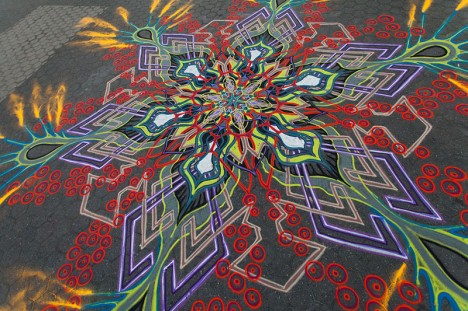 After 650 such works, it is perhaps no wonder that this artist generates each new sand painting spontaneously on the spot, letting the pattern evolve as he pours him efforts (and handfuls of sand) into each piece. 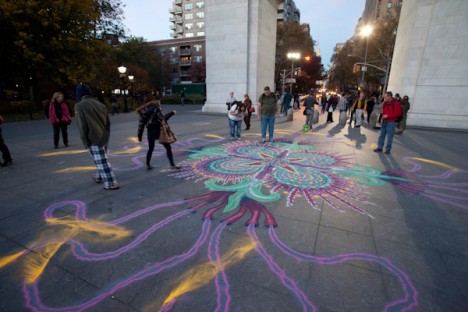 Joe Mangrum is a New York City painter, sculptor and all-around installation artist whose works of colorful, organic and fractal geometry often span as much as 15 or 20 feet in diameter. 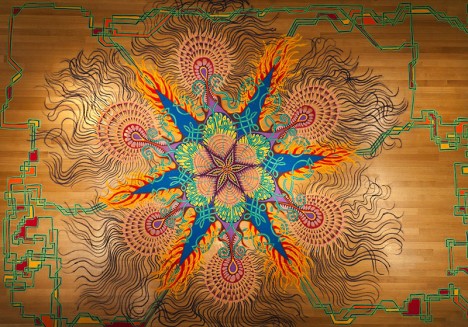 Inspired by Celtic knots and Asian mandalas, he began creating these public pieces which, in turn, kept being swept up from the city streets. His story gained national attention in part due to tension with authorities, including a Parks Department in California. 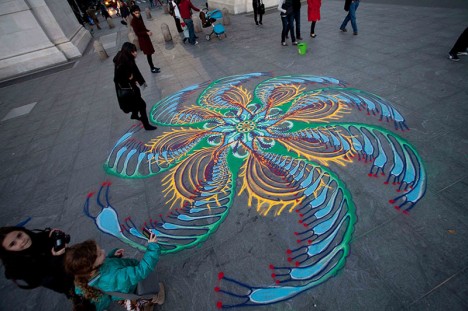 Part of the beauty of his approach is its accessibility, both conceptually and physically – people can watch him work on a sidewalk for hours, and see the art evolve before their eyes. 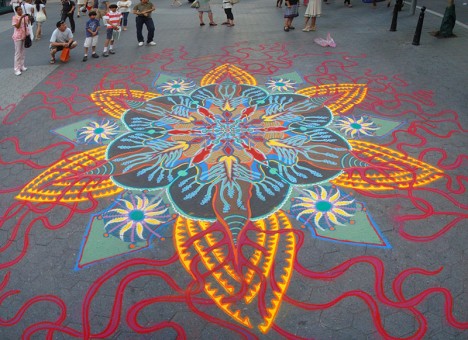 He describes his work as “visual rebellion” against “the urban grid” – a sort of organic counterpoint to the strictly-defined and linear streets and sidewalks on which he works. 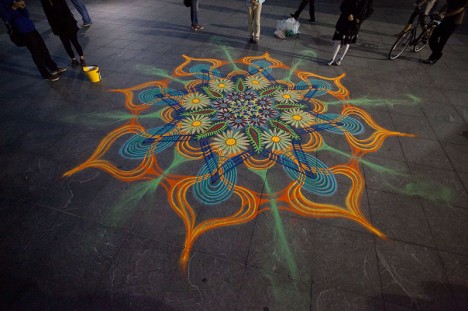 He writes of his strategy: “Each painting  is spontaneously improvised, using colorful sand, poured directly from my hand. In the process of creation, I whisk a mash-up of visual cues, inspired by ancient traditions synced up with a rhythm of animation.” 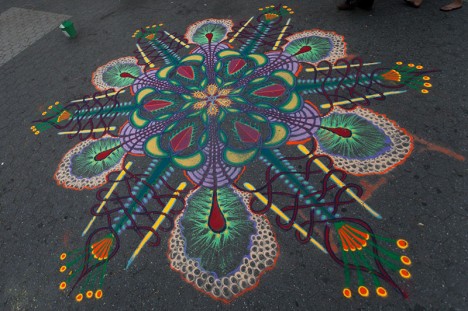 His free-style approach and Pop Art colors are inspired by everything from undersea creatures to carnivorous plants, botanical geometries and other cultures experience through international travels. 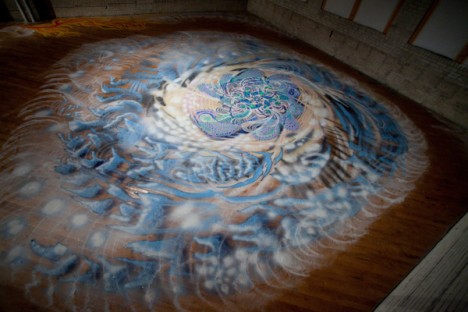 His pieces have be set indoors as well as outside, and in formal as well as informal contexts: “Mangrum’s  work has been exhibited worldwide. Creating over 650 public sand paintings since 2009. In 2012 he has been featured in  “Swept Away” at the Museum of Arts and Design in NYC, The Flag Art Foundation’s “Watch Your Step” exhibit and at The Corcoran Gallery Rotunda in Washington DC.  In 2003 Joe was awarded the Lorenzo de Medici Award at the Florence Biennale for his piece titled “Fragile” as it relates to economic structures. “