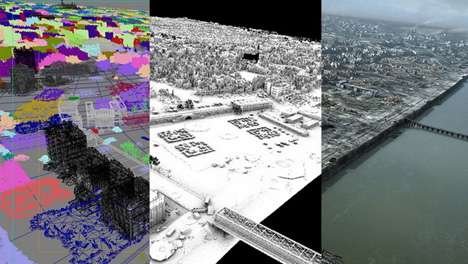 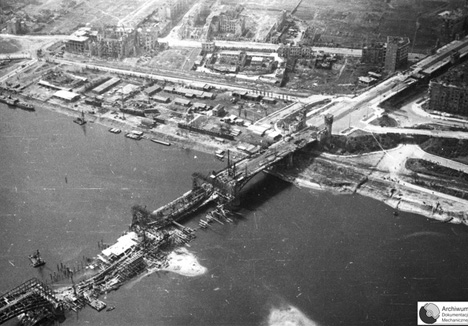 About the process, from the video’s creators: “In order to depict the city as faithfully as possible, an enormous amount of archival and referential material was amassed. Aerial imagery and photographs found in museum collections served as references for the film. A total of several thousand pictures were used in the project.” 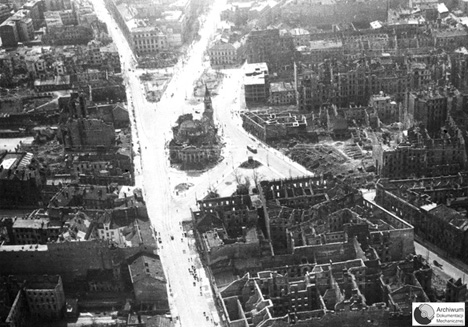 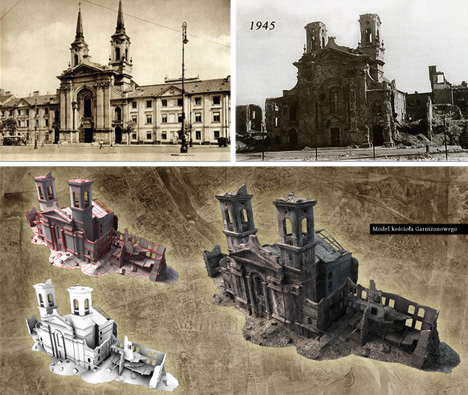 Individual models were made based on available imagery, both aerial and ground photographs taken from various angles and used to extrapolate the remains of structures (then in turn pegged carefully to their locations). 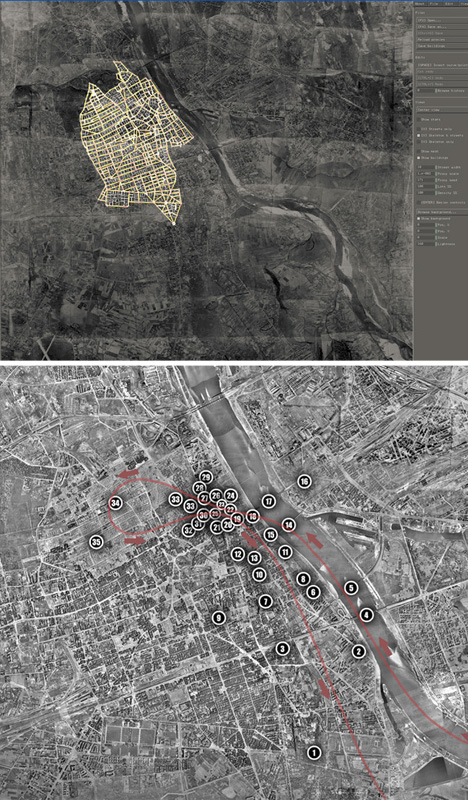 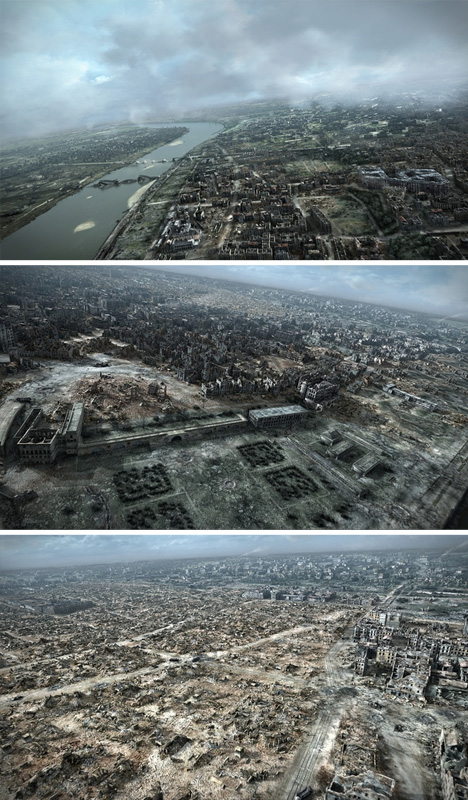 The vast and effectively unprecedented scope of this reconstruction proved extremely difficult: “Properly dividing up Warsaw’s enormous area was the greatest production challenge facing the filmmakers. The entire area of the city was divided into over 30 sectors. Once designed, each individual object had to be placed onto a virtual landscape. Additionally, 40 landmark buildings that played important roles in the city’s history were modeled with a greater degree of precision.”