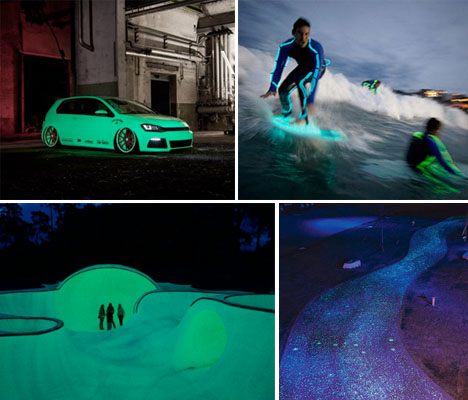 Glow in the dark tech doesn’t have to be limited to novelties like glow sticks – it could be used to make the roads safer, provide illumination without the need for electricity, and allow surfers to see each other in dark waters. These 12 applications of luminescence include everything from clothing and pillows to cars and architecture.

Glow in the Dark VW Golf 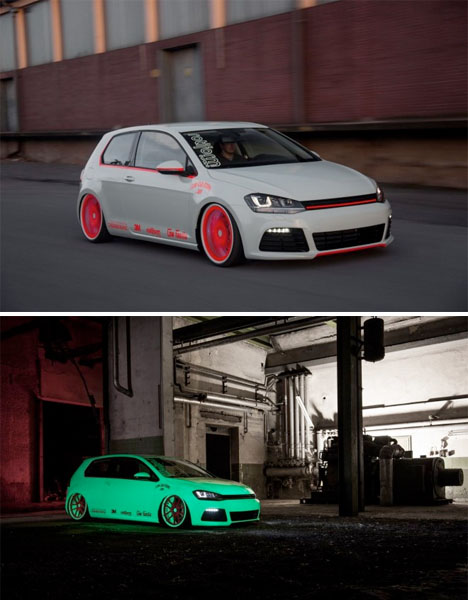 Bright green luminescence ensures that nobody has any trouble seeing this VW Golf MK7 at night, which has been covered in a special phosphor-foil 3M wrap. Created by the tuners at Low-Car-Scene and Blackbox-Richter, this glow in the dark car looks white and pink during the day, and green and black at night. 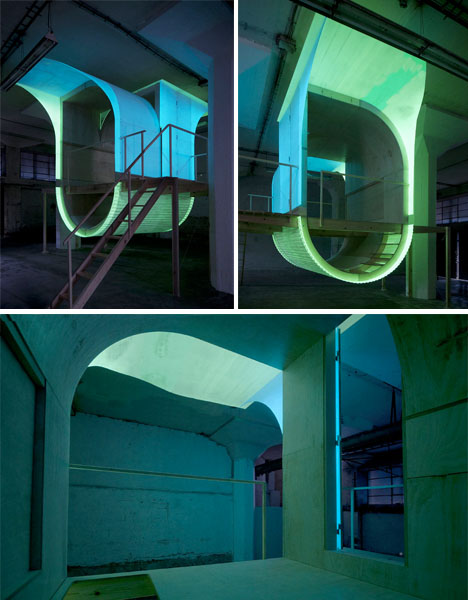 This glow-in-the-dark urban structure is a two-story dwelling with a secret compartment hiding a pull-out bed. The installation, by Czech artist Jiri Prihoda, is built into a reclaimed railway yard and features an outer shell made of Corralit material, a luminescent substance that absorbs daylight and later glows for about eight hours. While this mini dwelling was installed in a very urban location, the idea is that it would make a tranquil place to stay in the woods or by the sea in more private surroundings.

Glow in the Dark Skate Park 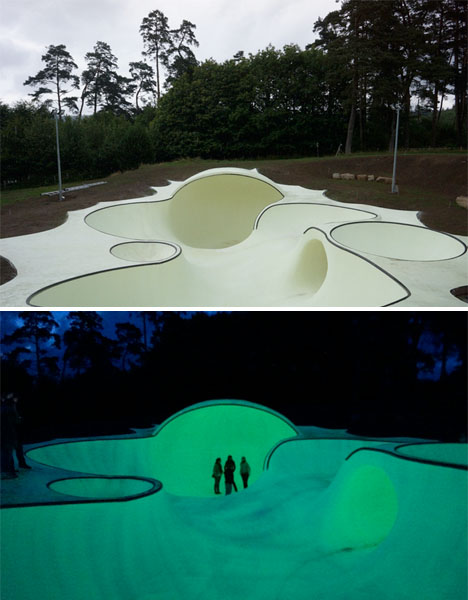 This sculptural skate park located on Vassiviere Island in France solves a problem of keeping the surrounding woods natural and free of harsh lighting at night by glowing in the dark. Koo Jeong A and Belgian firm L’Escaut Architecture wanted a ‘dreamlike’ setting for skaters at night that would blend into the environment. 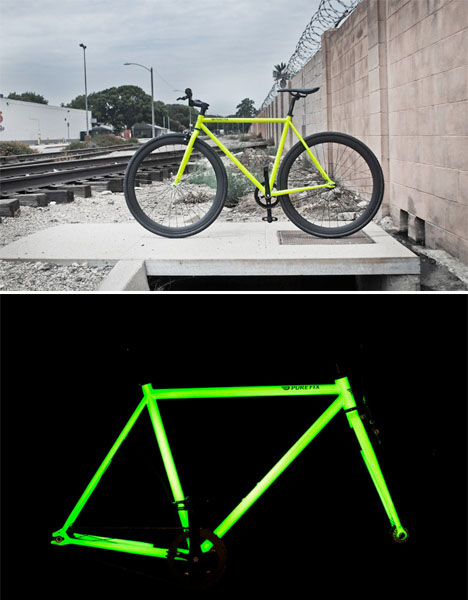 Riding a bike at night can be a bit unsafe. ‘Kilo’, a light-activated glow in the dark bicycle frame from Pure Fix Cycles, fixes that problem with highly reflective paint that can be applied either to the frame or the wheels. In addition to being more visible to oncoming traffic, the glow illuminates the road a bit.