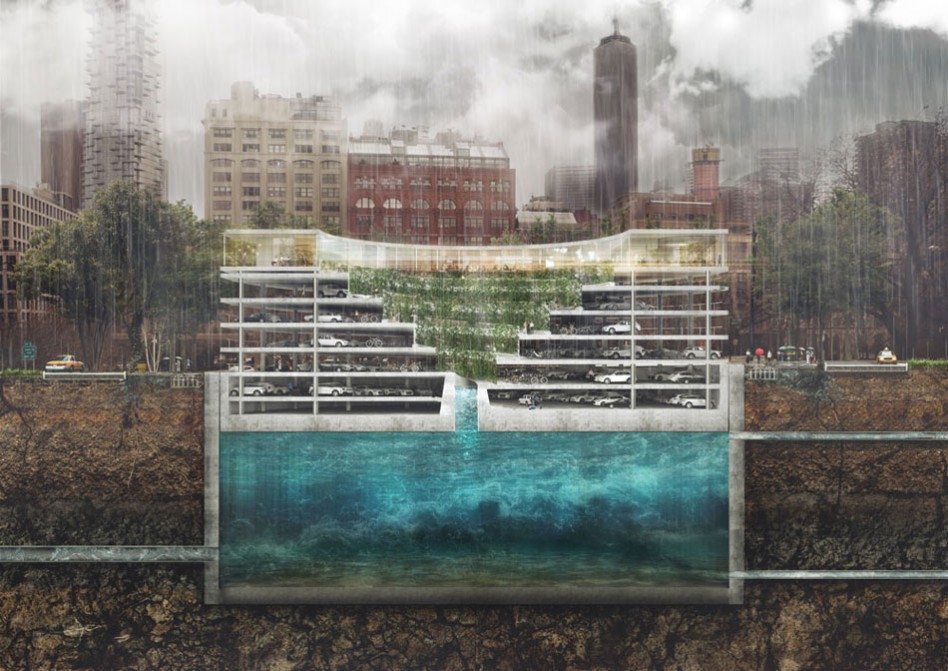 Stormwater flooding, too few places to park and a lack of green space are three of the main issues plaguing every major city, and this strange but kind of brilliant building concept attempts to solve all three at once. ‘POP-UP’ by Danish architecture firm THIRD NATURE places a five-level parking garage topped with a public park on top of a stormwater reservoir, with the building’s height changing depending on how much it has rained lately. 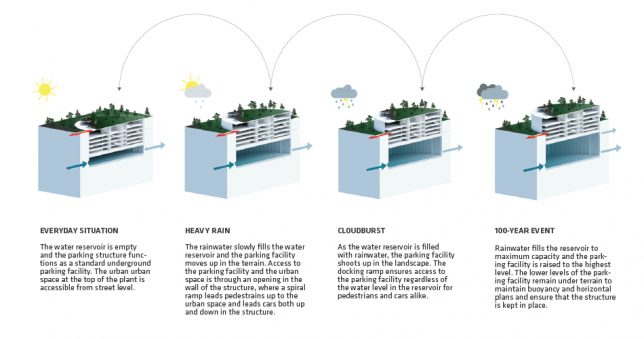 On a dry day, all that’s visible of the POP-UP structure is the rooftop park, which essentially sits at ground level. But when rain falls, it fills the underground reservoir, causing the parking structure to rise higher in the landscape, highlighting its adaptability in the face of changing weather. The architects present it as an alternative to constructing a rainwater reservoir that’s empty most of the time or a mono-functional parking facility that takes up valuable urban space. 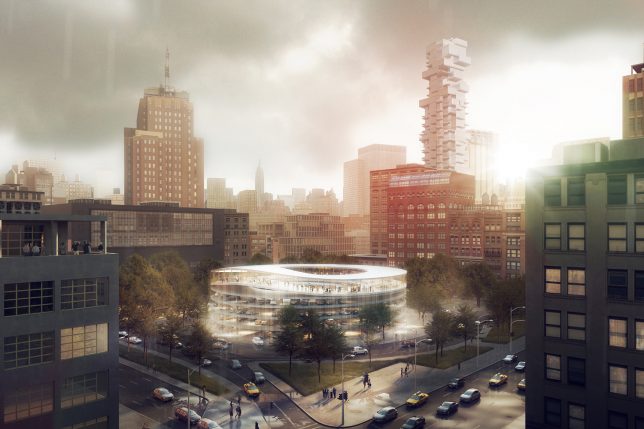 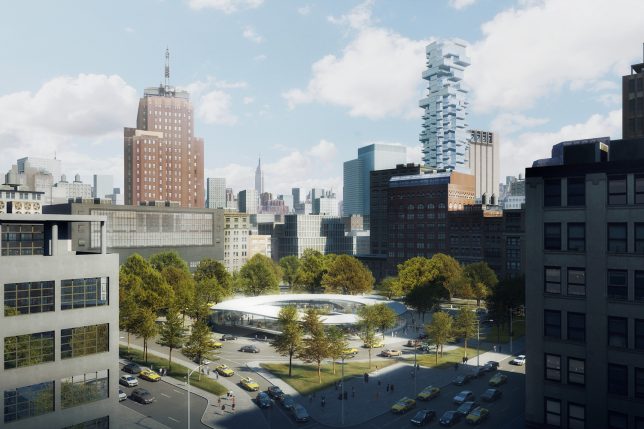 “By 2050, the Earth’s population is expected to grow to over 9 billion people,” says THIRD NATURE. “The migration to cities is on the rise and urban spaces are under pressure from the growing numbers of cars and traffic in the streets. With the quest for green, livable and human-scale cities cars and car parking have become an increasing challenge fighting for m2 in the dense cities – often at the price of urban areas and parks.”

“At the same time, climate changes require cities to handle huge amounts of stormwater generated by more and more powerful cloudbusts – this by building large water reservoirs under roads and squares. The situation calls for a rethinking of the way we establish parking, storage of stormwater and new urban spaces.” 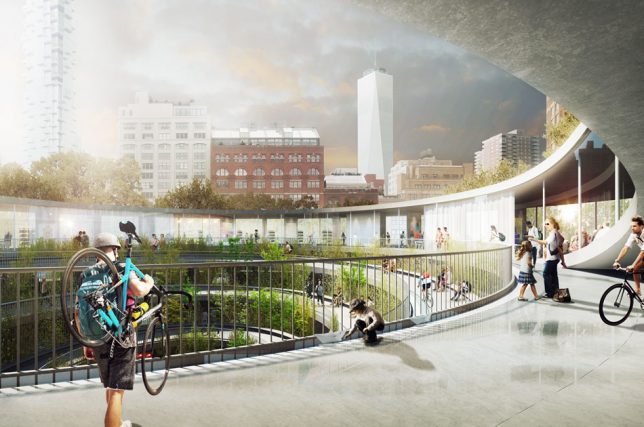 They compare the building to a piece of cork in a glass of water. Hydraulic and mechanical lifts would help balance the weight ratios of parked cars in the structure to make sure it’s able to move up and down smoothly without changing the water level underneath. The two lowest levels of the parking structure would be off-limits, remaining underground to ensure the stability and buoyancy of the building.

Though an approach that reduces the number of individual vehicles allowed into a city would arguably be more practical, it’s also true that many places (especially in the United States) are likely to remain car-centric for the foreseeable future. Is this a realistic compromise?