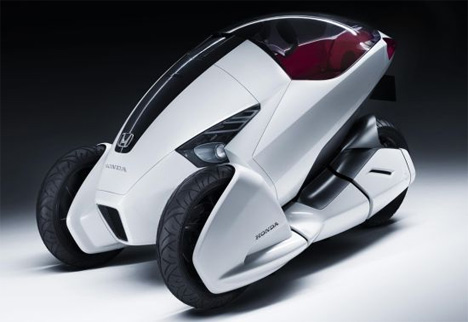 If you’ve ever had the misfortune of being called a “third wheel,” chances are the circumstances weren’t exactly positive. In the case of Honda’s conceptual 3R-C, however, the third wheel is actually a benefit. The extra wheel on the all-weather bike gives it an impressive amount of stability, while the retractable roof lets riders decide whether they want bugs to splat against their helmet or against their windshield. 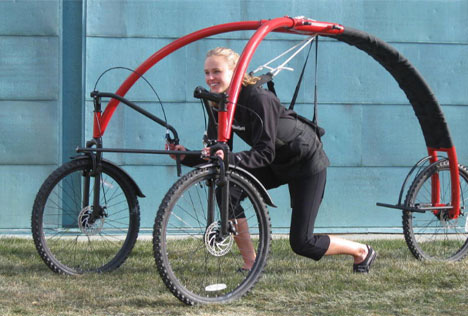 Combining a bike with running with hang gliding, the bizarre Streetflyer is certainly unlike anything the world has ever seen before. The three-wheeled, non-motorized contraption requires the rider to run in order to get it started. After that, momentum will carry it along for a while before some more running is required. It may look odd, but it seems like a pretty good way to get around – provided there are no hills to run up. 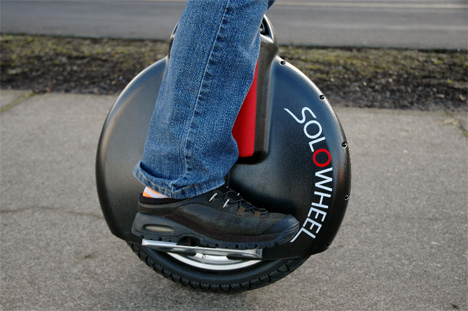 The Solowheel might be the ultimate in minimalist transportation. It is, as the name implies, a single wheel. The user balances on the footrests on either side of the wheel and leans forward, Segway-style, to make it go. The battery can go for about two hours on a single charge, and when you’re not riding around the streets feeling cooler than everyone on two or four wheels, it packs up into a neat handled, easily-carryable package.