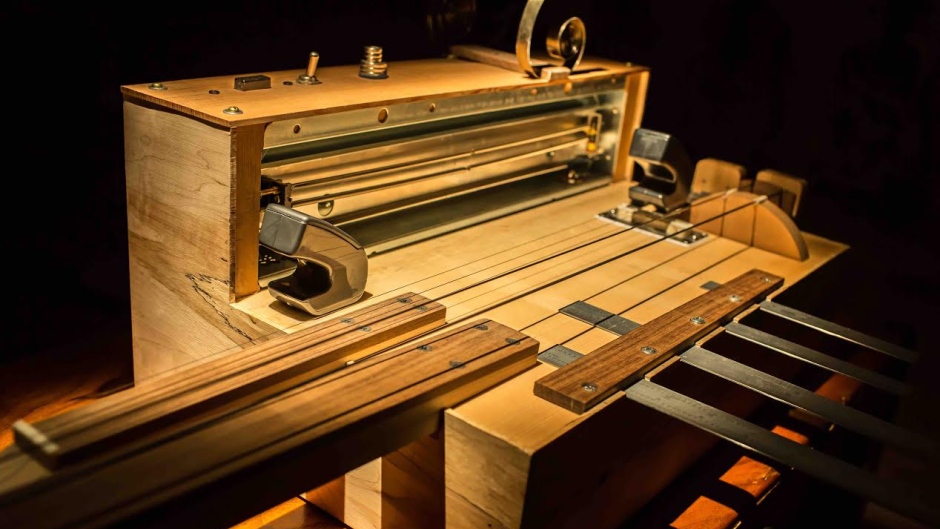 Is this the most terrifying musical instrument ever made? If you just take a quick glance at it, you’ll likely say no – it’s an unassuming (albeit rather strange) jumble of strings, rods, reverbs and metal rulers attached to a boxy wooden base. But just you wait until composer Mark Coven, whose work includes the stunning score for the 2016 horror film The Witch, sits down at it and starts to play. The sounds that emerge from the ‘Apprehension Engine’ are designed to give you the creeps, and they’re quite effective. 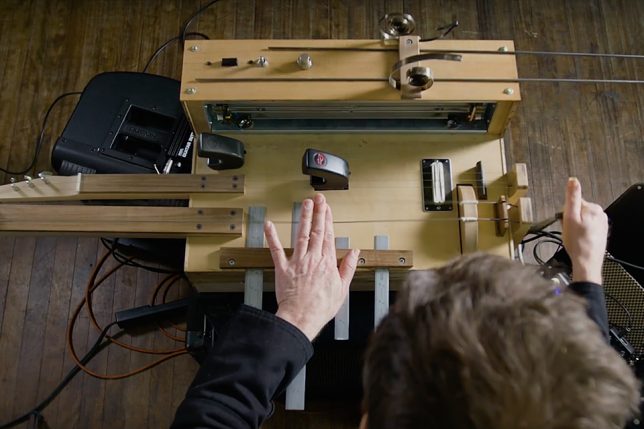 Korven, who has scored a number of feature films over the years, was sick of using the same old digital samples to get the signature scraping, creaking, squealing and rumbling sounds that help provide a hair-raising atmosphere. The world of creating analog sound effects in audio post-production is pretty fascinating, and foley artists use all sorts of weird objects to create many of the sounds you hear in an average movie or TV show. 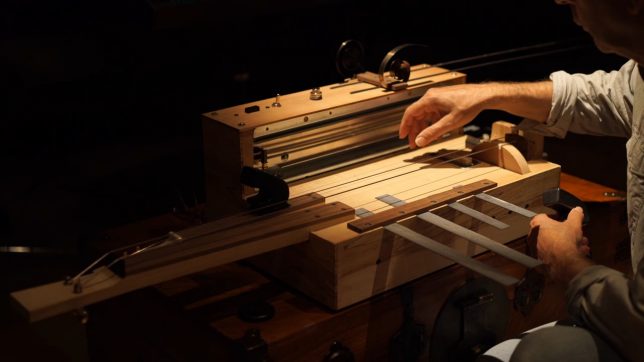 But Korven wanted something very specific, all together in a single instrument, so he turned to his friend Tony Duggan-Smith, a guitar maker, to help him craft it. In this video, Korven demonstrates to Great Big Story how the Apprehension Engine works as he plucks, wiggles, flicks, thumps and runs a bow across the various objects connected to the instrument.