Most people use nails just to hang art on the wall, but Maine-based sculptor John Bisbee collects thousands of them to craft incredibly intricate sculptures into spiked balls, undulating waves, tree-like structures and towering geometric stacks. 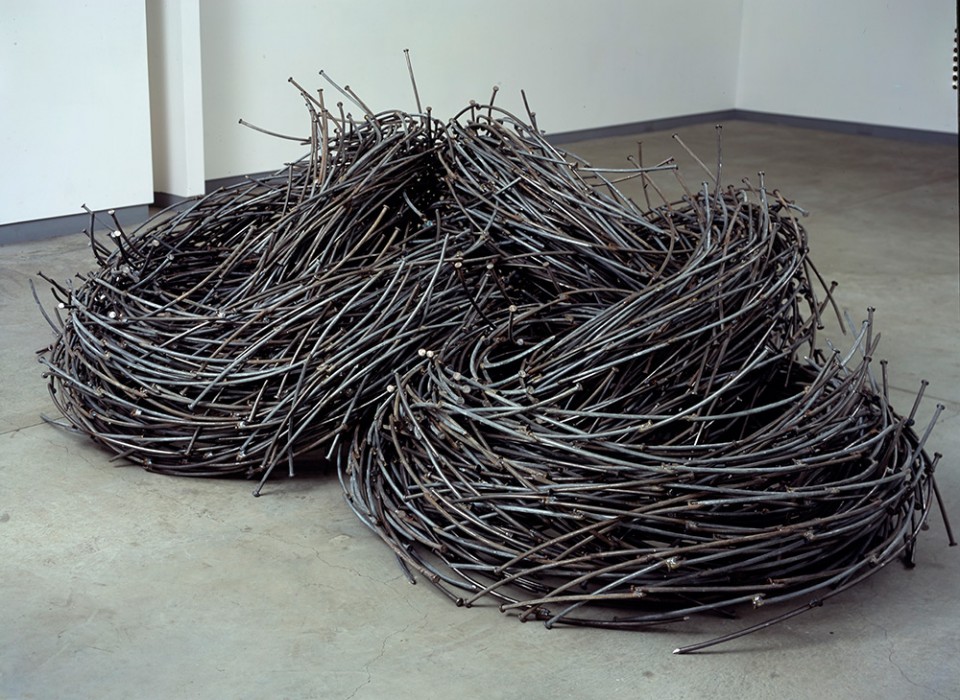 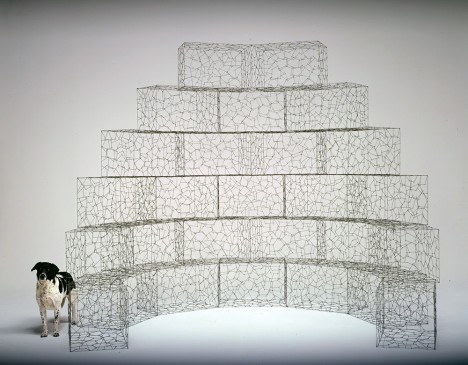 Bisbee got the idea after entering an abandoned house looking for found objects to use in his art, and finding a bucket full of old nails. “I kicked the bucket and it flipped over,” he told NPR, “and the nails had cohered, oxidized – they’d rusted into the bucket shape. And it was just such an obvious thing of beauty – it was so clearly above anything I had ever envisioned making myself. And I sat down on the bed, and I knew that I needed to get some nails.” 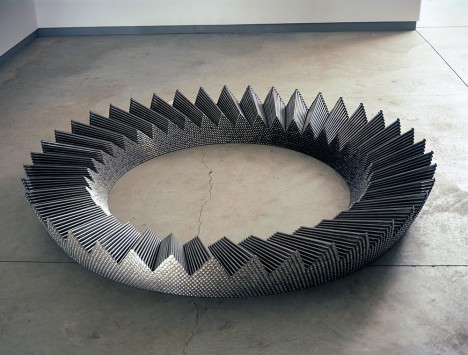 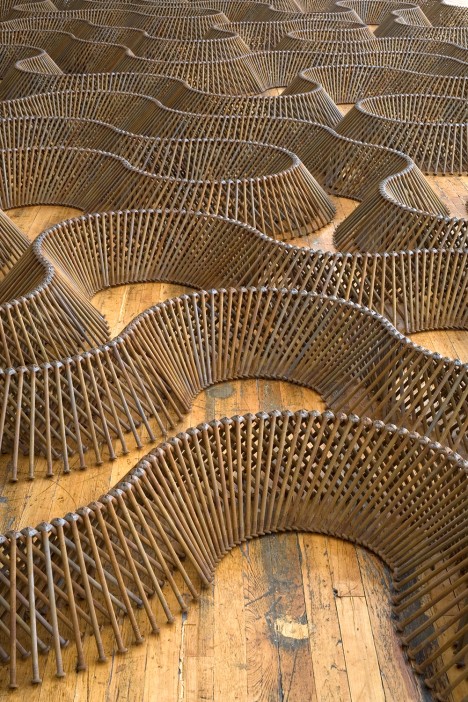 Since then, Bisbee has created dozens of sculptures using nothing but nails in a free-flowing process that the artist improvises, getting them “into my hands and out into space.” 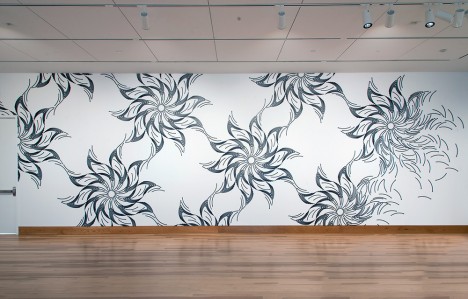 It was only recently, after spending years welding and bending the nails into shapes, that Bisbee realized there’s something really obvious he can do with them as well: hit them with a hammer. From this revelation has come lots of wall-based art made with a pneumatic power hammer.