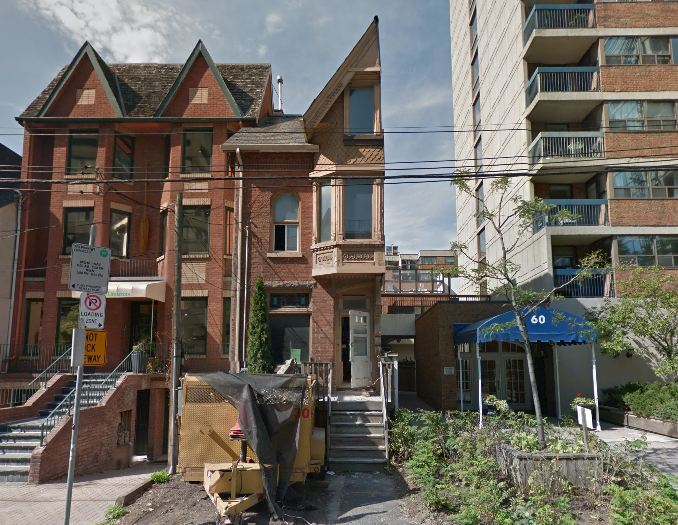 It looks more like an optical illusion or photo edit than a real dwelling, but this hundred-year-old halved townhouse really stands (out) on the streets of Toronto. 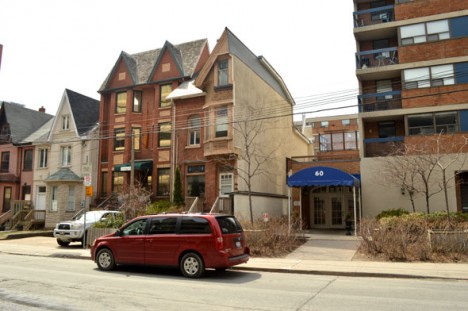 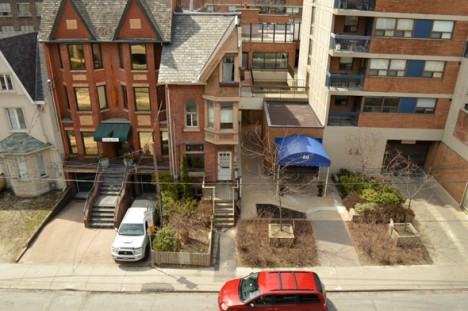 54 1/2 St. Patrick was built in the early 1890s as part of a set of six homes with shared walls. Starting in the 1950s, owners of the neighboring units started to crumble under pressure from a developer, slowly selling their domiciles one at a time. 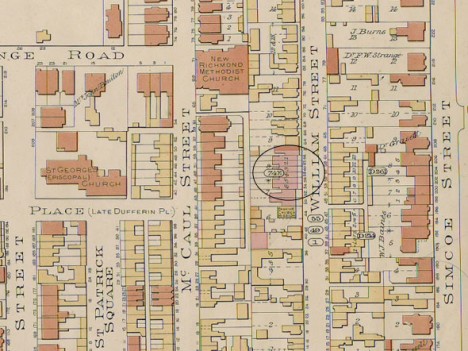 As a result, each of the other structures was torn down with surgical precision. When the occupant of the final house in the row refused to sell at any price, they cleaved off the other half of the building and the shared structural wall running down the middle was reinforced and covered in concrete. 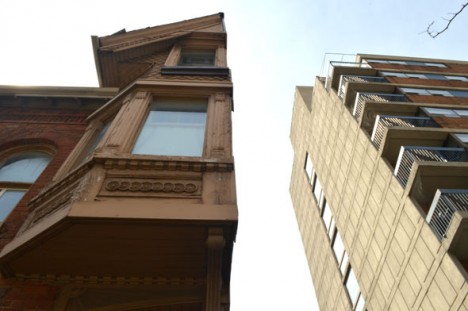 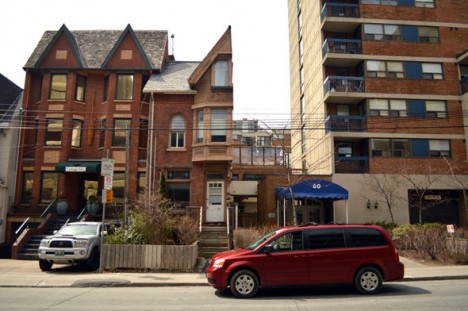 The neighboring Village by the Grange opened in the mid-1970s. According to author and photographer Chris Bateman, “54 1/2 St. Patrick is currently vacant. No-one answered when I knocked at the door and the front room has been stripped to the floorboards. Perhaps it’s being spruced up, it would surely be worth it. The current assessment on file with the city lists the value at $648,000.”