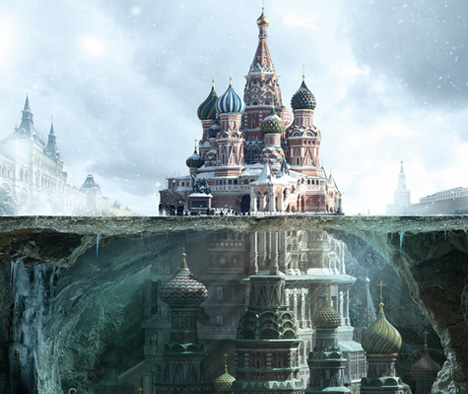 Facade or fantasm, this series of images presents an alluring picture of the layers – perhaps even literal  levels – of  history that lies beneath aged and famous buildings. 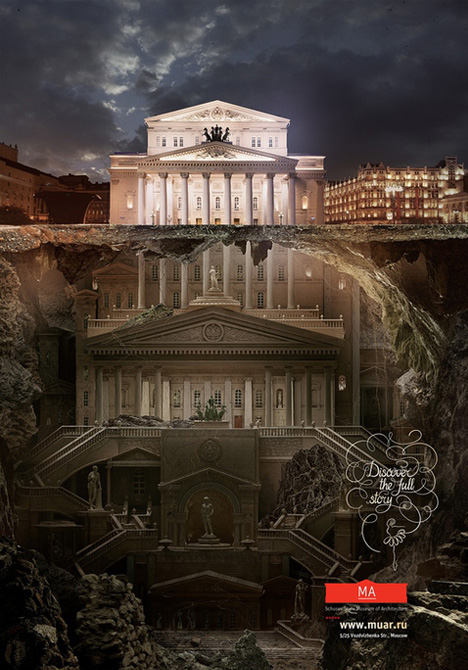 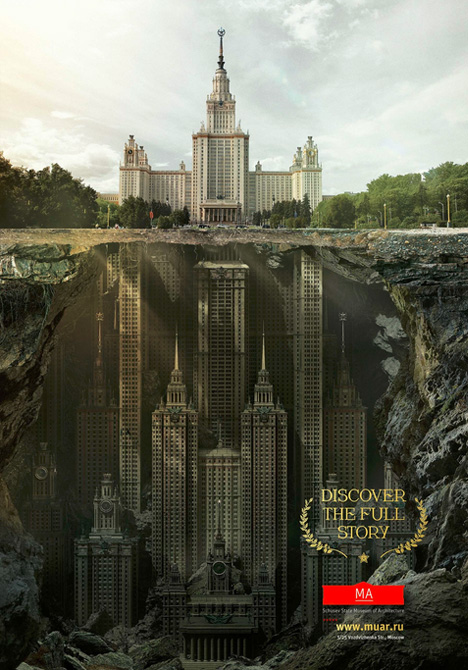 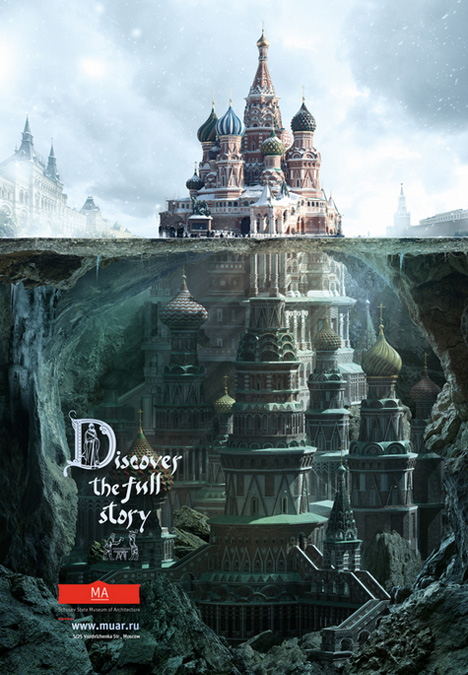 The Kremlin, with its recognizably colorful onion towers, reveals even more (and larger) turrets below – what is on the surface turns out to be just the uppermost peaks. Neo-Classical and Gothic Revival play their parts as well, turning what looks like an old Greek tempt into the top of an edifice, and a stately structure into a skyscraper. 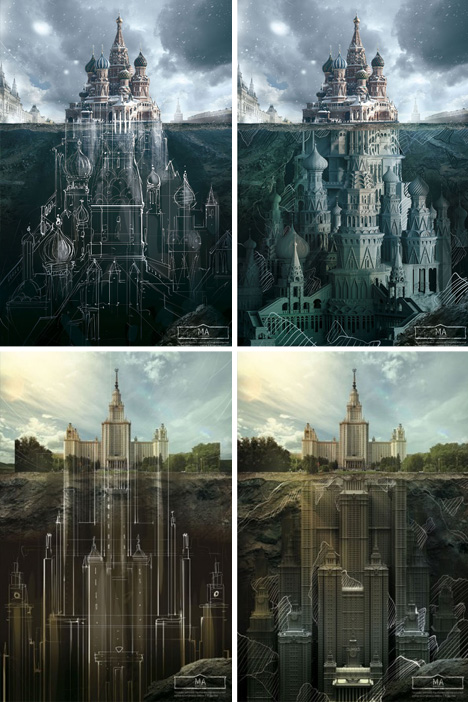 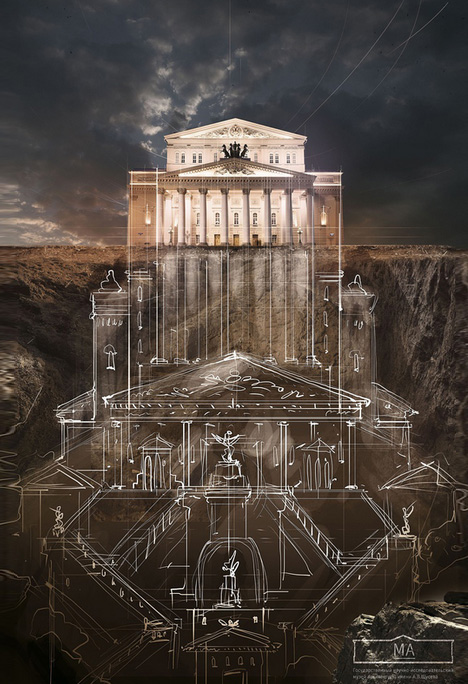 And for those who enjoy process as much as product, it is interesting to see the stages these illustrations went through to get to their final form – sketched figures and pillars, hand-drafted architectural elements, and then finishing touches.