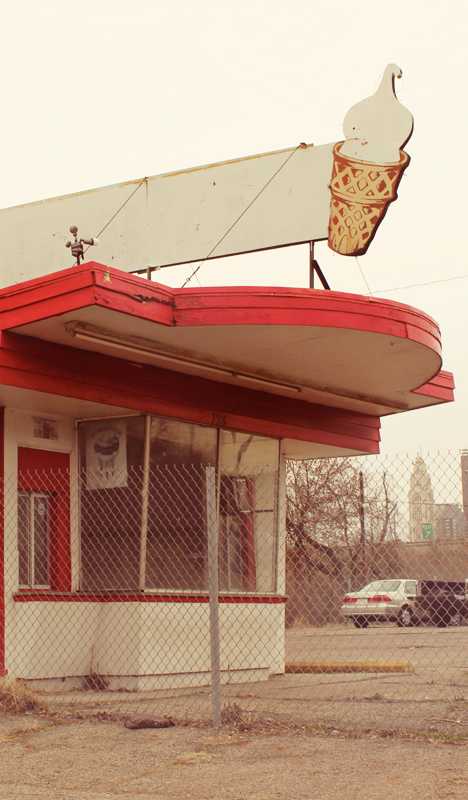 (image via: I Love Columbus)

This forlorn abandoned ice cream stand in Columbus, Ohio’s Franklinton neighborhood (most likely an old Tastee Freez) could act as sort of a poster child for the area’s fading fortunes. Investors interested in buying low and selling high might consider putting a few bucks into the shop, however, as construction of a protective floodwall appears to have helped Franklinton turn the tide of downtown decay.

From Iced Dream To Chilling Nightmare

Is Ohio where old ice cream stands go to die? Maybe yes or maybe no, but the Buckeye State does seem to be chock full of deceased scoop-shops. Take this abandoned Spud’s Dream Cream in Portsmouth, Ohio for instance. Flickr user Scottamus perfectly illustrates the gone & forgotten essence of these former frozen fulfillment franchises above, and other Ohio abandonments at his photostream.

The Queen Is Dead 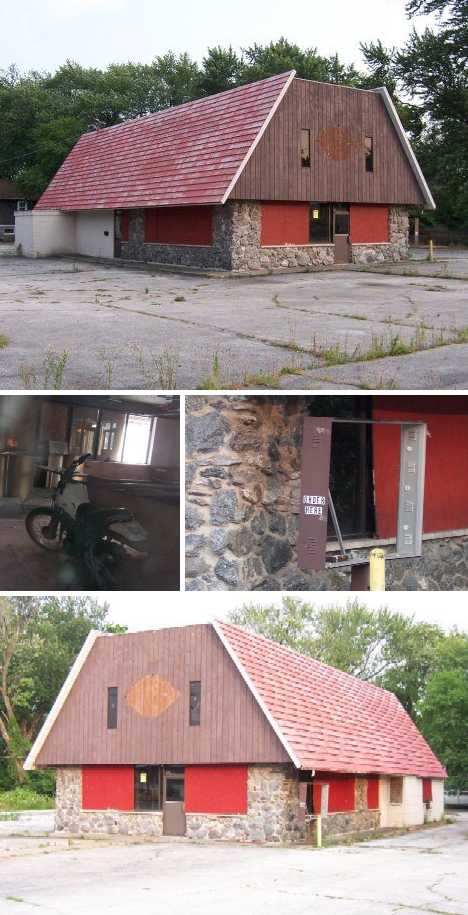 Submitted by the otherwise anonymous photographer “suk it trebek”, this selection of snaps featuring a stripped and faded Dairy Queen outlet could have been taken most anywhere in North America. We’ll never know exactly where, though, since host site Abandoned But Not Forgotten declines to list the locations of their topics in the interest of sheltering them from destructive vandals and graffiti artists. 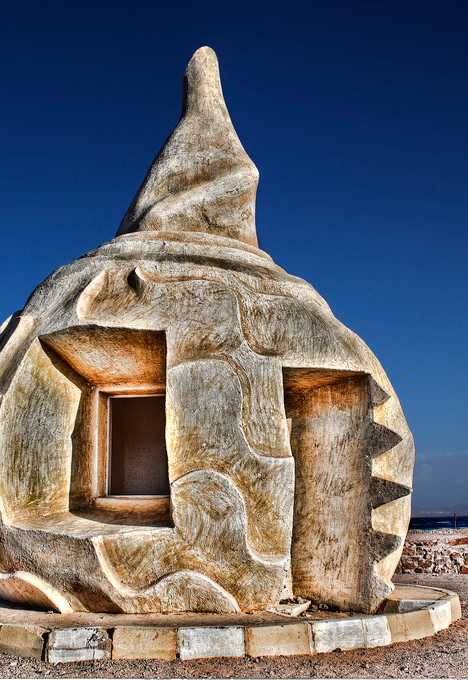 Flickr user Patrick Fieldhouse says this unique, timeless abandoned kiosk was an ice cream stand and that’s good enough for us! Situated in Dhahab, Janub Sina (southern Sinai), the rough-hewn structure would appear to predate the invention of ice cream itself. Let my people go… get their spoons!