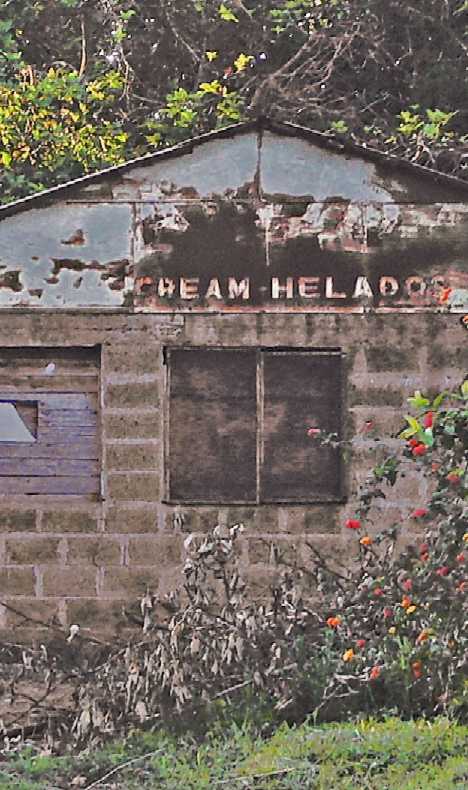 Hasn’t Easter Island suffered enough? Hikers and natives coming across the abandoned Cream Helados ice cream parlor in Hanga Roa on a hot summer’s day will be forgiven for yanking their topknots and wailing “No me gusta!” On the bright side, this beautifully composed and processed photo by G.W.Gammonley does a great job of restoring one’s cool, calm sense of relaxed enjoyment.

They Shoot Cows, Don’t They? 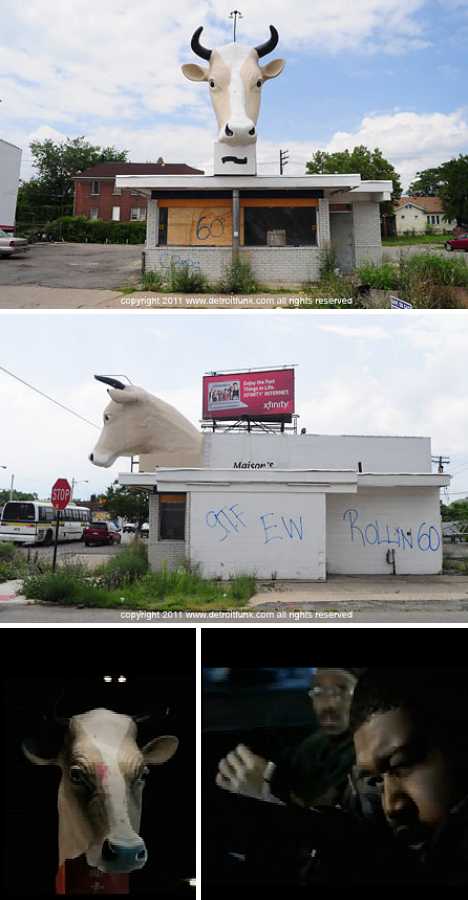 This unique abandoned ice cream stand on Detroit’s Mack Avenue may be familiar to some, regardless of whether you’ve been to the Motor City or not. Think cruisin’ with a loaded paintball gun and there you are! 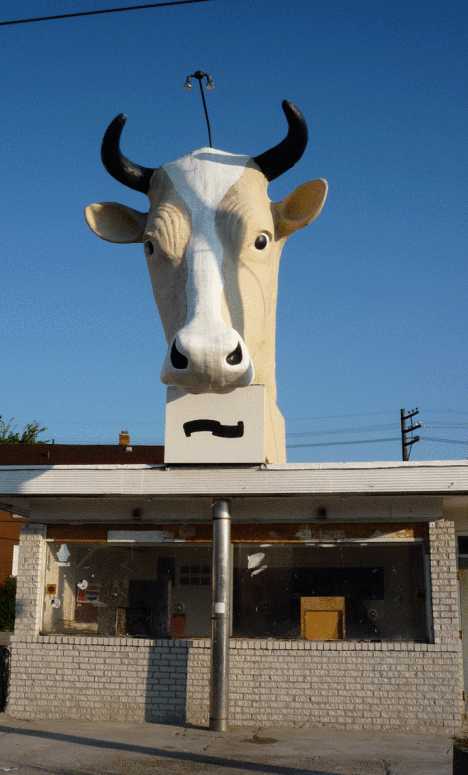 Possibly styled to resemble Borden Dairies’ mascot Elsie the Cow, the stand’s larger than life bovine rooftop ornament was a Detroit landmark before and after the parent company’s bankruptcy and buyout by KKR in the early 1990s. In 2002 the stand was cosmetically restored for its appearance in Eminem’s autobioflick 8 Mile but after the shooting – of all kinds – stopped, it lapsed back into abandoned somnolence along with most of Detroit. 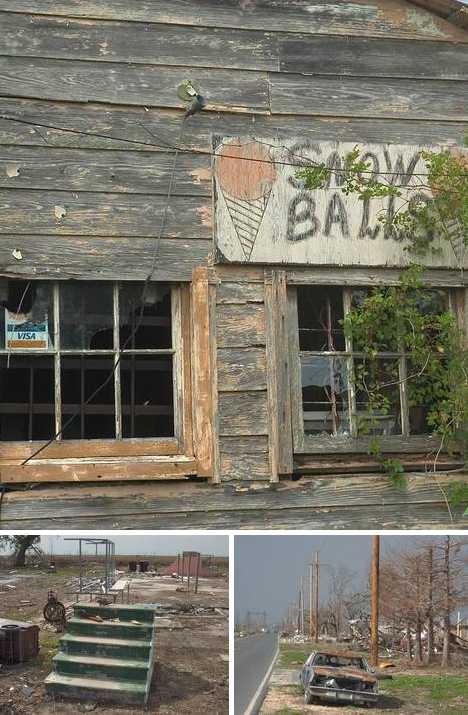 2005’s devastating Hurricane Katrina was an equal-opportunity destroyer and the rustic Snow Balls ice cream shop in Hopedale, Saint Bernard Parish, felt the storm’s wrath in a big way. Located east of New Orleans, Louisiana, Hopedale is a place that could really use some TLC… and an ice cream cone or two.

The Milk Can, a long-abandoned ice cream stand situated on Rt 146 in Lincoln, Rhode Island, dates from the early days of long-distance automotive travel and the fascinating mimetic architecture that sprung up to serve it – in this case, “it” being ice cream. A tip of the old hat to Eccentric Roadside for the amazing group of images (and more) above. 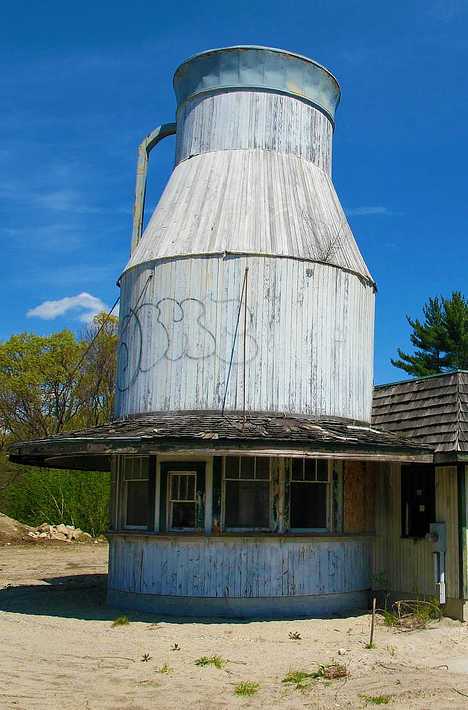 Kudos to Flickr user BlueisCoool for both preserving this deteriorated regional landmark in photographic fashion and enlightening viewers as to its iconic importance in American cultural history. Akin in both style and function to the restored Hood Milk Bottle in front of the Boston Children’s Museum, the fate of these two otherwise similar structures could not be more different.