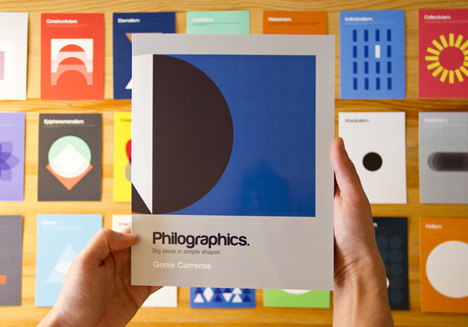 The bigger the idea, the harder to understand, let alone distill. That is the idea and challenge  behind this growing set of graphic designs that seek to capture big ideas in simple shapes and single-sentence explanations. 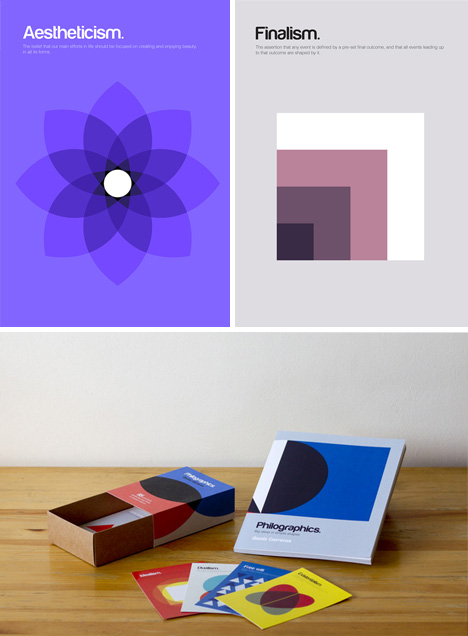 Dubbed Philographics by their creator,  Genís Carreras, the original set contained just 24 designs, but has grown into a series of 95 (so far). Idealism, Dualism, Existentialism – if you can think of an ‘ism’ from philosophy, you can almost certainly find it represented here. 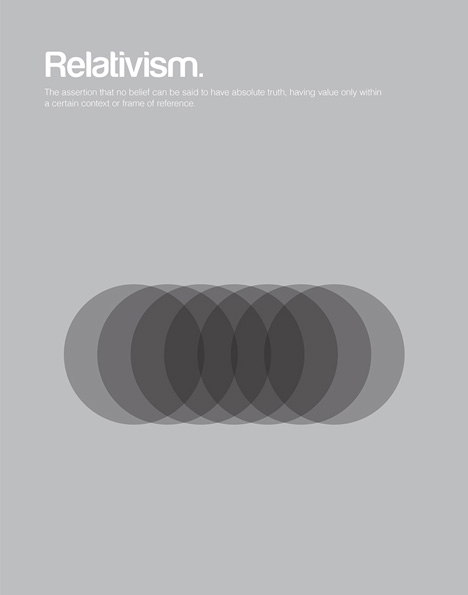 And consider the alternative, hundreds, thousands, maybe tens of thousands of words in the dictionary definitions of such terms – a great way to flesh out your knowledge, but hardly the place to get started. 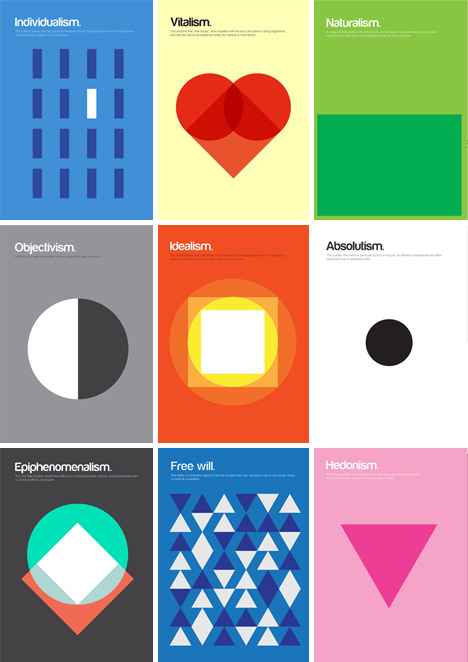 In fact, philosophy schools often force students to better understand philosophers and philosophies by condensing and summarizing – having to articulate long thoughts in short form helps the brain process and codify that information. 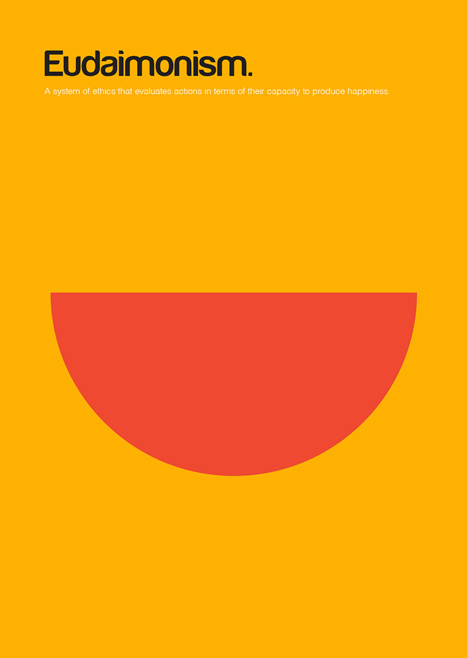 As for the forms these are taking: the Kickstarter project (funded at nearly four times the initial goal) has been such a success that what started as posters has branched into postcards and, in pre-production, softcover,  hardcover and electronic book editions as well.