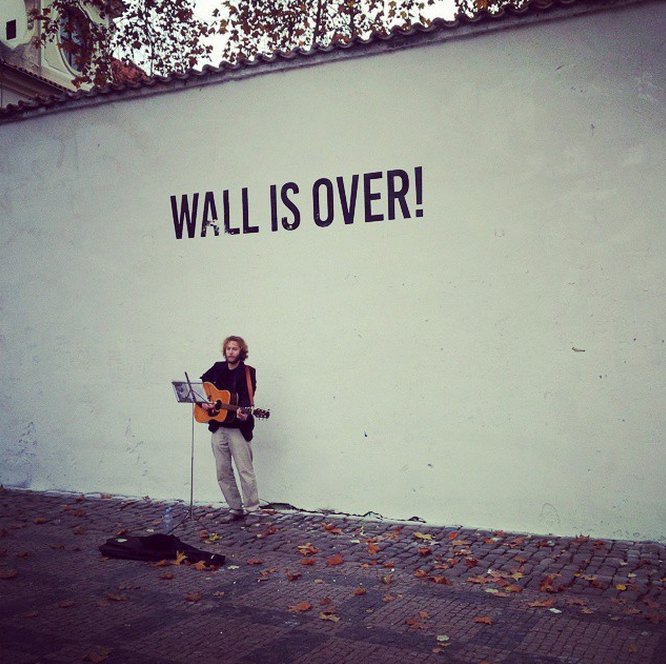 In an audacious and contentious move, a group of young artists took it upon themselves to paint over the famous John Lennon Wall in Prague, replacing decades of layered mural work, drawings and tags with the message: “Wall is Over”. While the surface in question has particularly significant meaning for the local population, it has also long been a global symbol of resistance against governmental oppression – its clearing has thus become a border-crossing controversy. 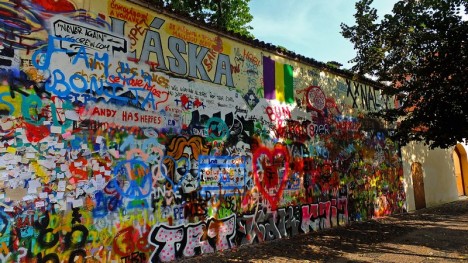 Calling themselves Prague Service, the arts collective in question wanted to create a blank slate for future writers, reworking the wall that got its name after the assassination of its namesake. The piece was also intended to work as a combination  tribute to Lennon, referencing the song Happy Xmas (War is Over), and celebration of the 25th anniversary of the Velvet Revolution in what was then Czechoslovakia. Of their work, they write: “Twenty-five years ago, one big totalitarian wall fell … Students of art schools are expressing their commemoration of (1989) and opening room for new messages of the current generation.” 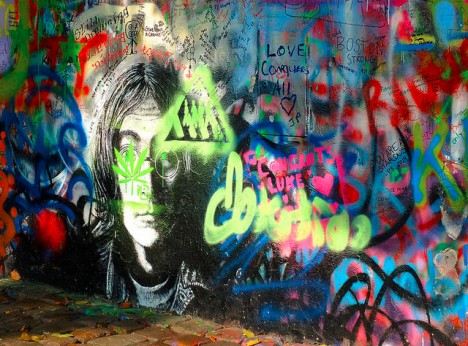 According to Hyperallergic (with details from the French Associated Press): “It didn’t take long for others to take advantage of the free space and begin filling the Lennon Wall with tags again. However, the wall’s owner, the Order of Malta, was not so quick to dismiss the incident, and is pursuing legal action against the artists.” 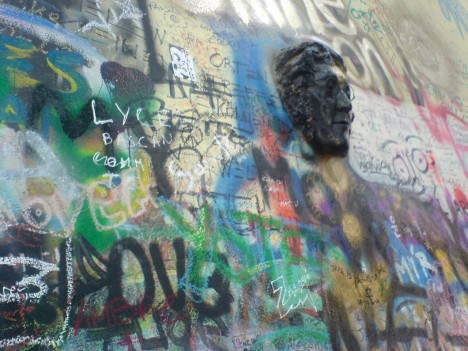 While the intentions behind this buffing of history may have been good, there may be unintended references as well to an era of Communist domination in which free expression was limited and street art was also painted over for political reasons. Images above and below via Rick Chan, Matushy, Steven Feather, Eregoion,  Brandon Schauer and Brian Beggerly. 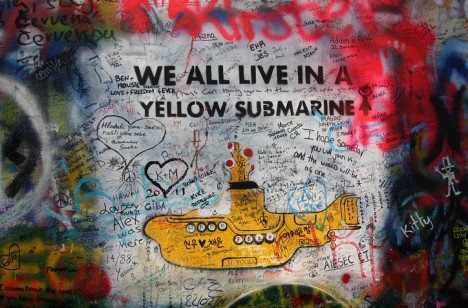 More on the history of the John Lennon Wall: “In 1988, the wall was a source of irritation for the communist regime of Gustáv Husák. Young Czechs would write grievances on the wall and in a report of the time this led to a clash between hundreds of students and security police on the nearby Charles Bridge. The movement these students followed was described ironically as “Lennonism” and Czech authorities described these people variously as alcoholics, mentally deranged, sociopathic, and agents of Western capitalism.” 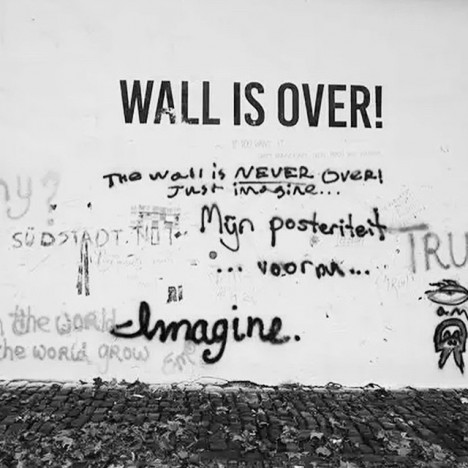 In fairness to the students who edited it, the wall will not be over for long – its surface will continue to be reinvented over time: “The wall continuously undergoes change and the original portrait of Lennon is long lost under layers of new paint. Even when the wall was repainted by some authorities, on the second day it was again full of poems and flowers. Today, the wall represents a symbol of global ideals such as love and peace.”