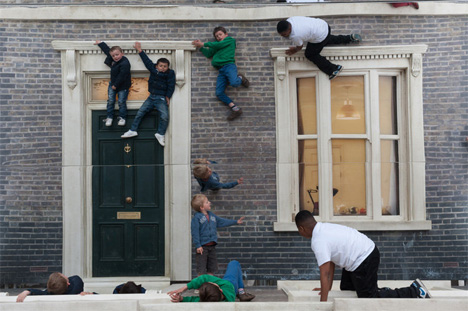 Some London residents have recently acquired an incredible ability to scale walls with ease. They climb the facade of a building, sit quietly on windowsills, and simply enjoy their ability to see the world from a different angle. 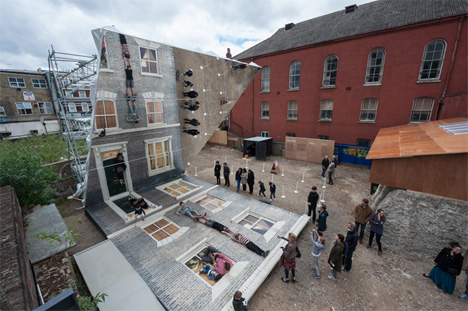 The illusion is made possible by a large-scale installation called Dalston House, created by Argentine artist Leandro Erlich. He painstakingly recreated a London house facade, complete with brickwork detail and ornate windowsills. The facade doesn’t stand up vertically, however. It lies flat on the ground. 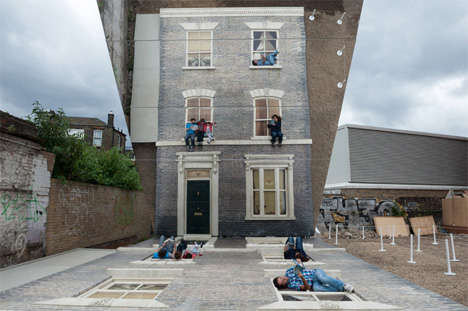 A huge mirror is positioned at a 45 degree angle from the “house,” allowing people playing and climbing on the facade to look up and see themselves seemingly performing incredible gravity-defying feats. 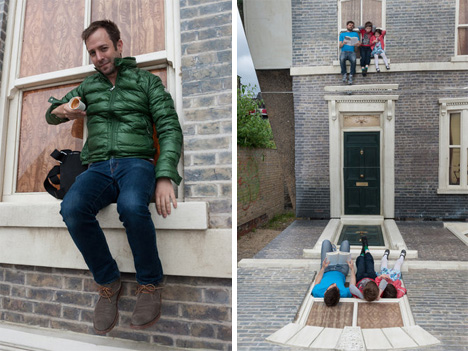 Passers-by probably also experience a moment of bewilderment as their gaze is first drawn up toward the standing mirror and the people hanging there in impossible positions.

Some visitors to the temporary installation at the Barbican Art Centre‘s Dalston Mill site have gotten very artistic with their interactions. These videos demonstrate just how creative one can be given the ability to leave gravity behind.