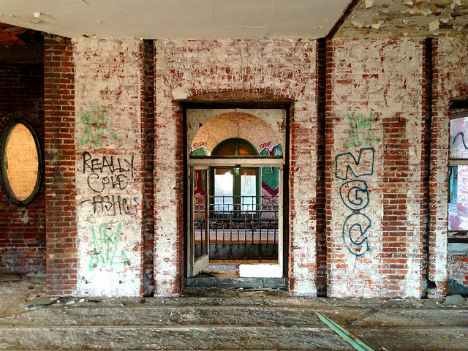 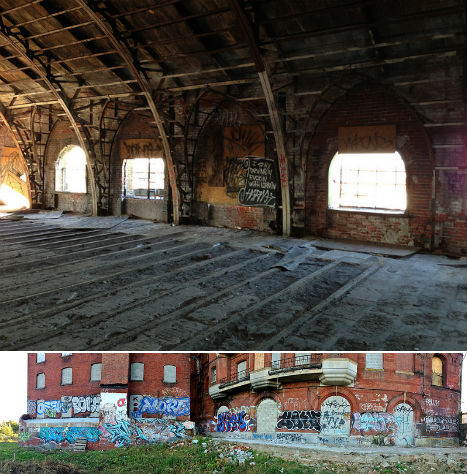 Surprisingly, there were few attempts to vandalize the building during this period; some locals attribute this to a sense of respect for the building’s history. In 2006 a developer purchased the building for use as a mixed-use property of condominiums and a restaurant. Crews gutted the building, tearing out many of the beautiful architectural details like marble floors and ornate plasterwork and selling them for salvage. 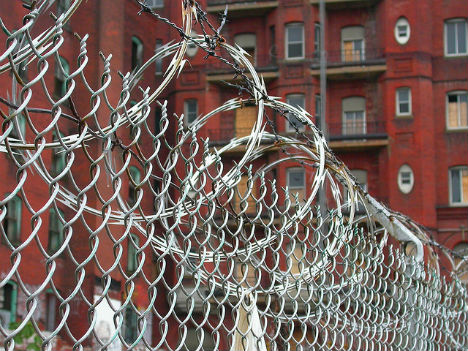 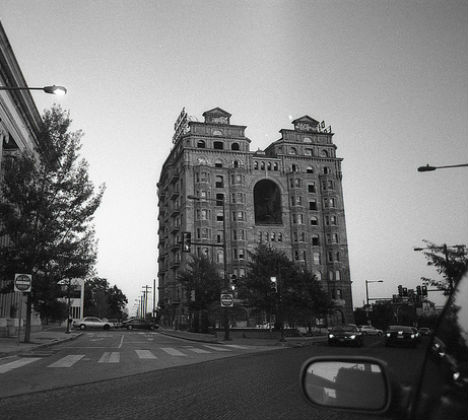 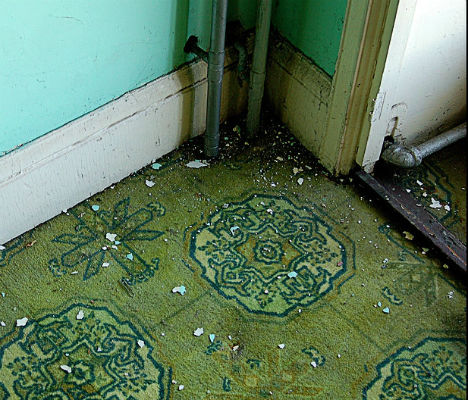 Sadly, the developers didn’t see fit to keep up the building after gutting it; holes in the roof weren’t patched, windows weren’t secured. Soon, it became home to squatters, and the graffiti began to multiply. Vandals have taken all that could be sold, leaving some rooms no more than skeletons. Photographs from the mid-2000’s show hotel beds, pianos, vintage furniture, personal items like shoes, and even bibles strewn around the rooms. See lots of interior shots at The Kingston Lounge.