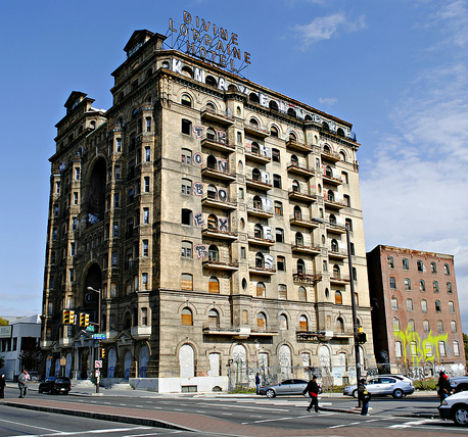 One of Philadelphia’s most intriguing buildings stands at a prominent intersection on the north side of the city, a Victorian beauty that once housed wealthy residents and later served as a hotel. The ten-story structure is now a monument of decay, covered in graffiti, many of its windows boarded up. Empty for over a decade, the Divine Lorraine Hotel is an enticing site for urban exploration. 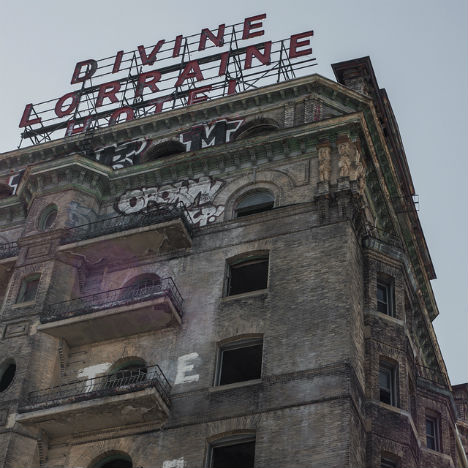 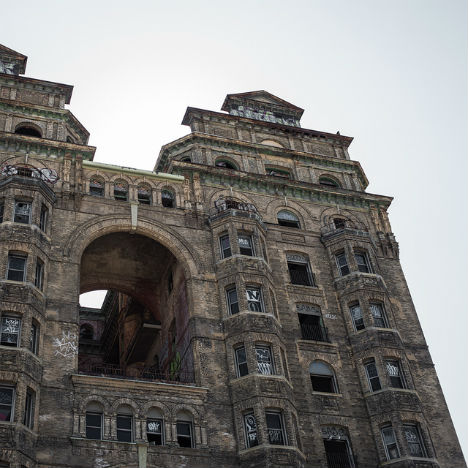 Arguably Philadelphia’s most famous abandonment, the Divine Lorraine was built between 1892 and 1894. The ornate style chosen by architect Willis G. Hale was considered outdated by the time it opened as the luxury Lorraine Apartments and one of the first high-rise buildings in the city, but it was still a magnet for the newly-rich who had made their fortunes in the industrial revolution. It offered all the latest modern amenities, like electricity, and had its own staff, eliminating the need for servants. It was also open to whites only. 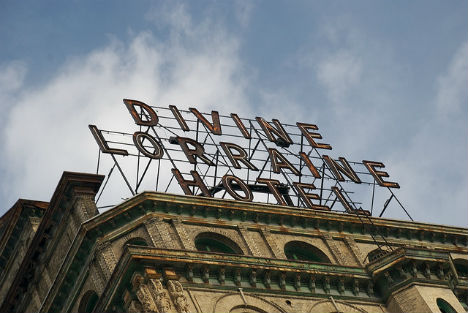 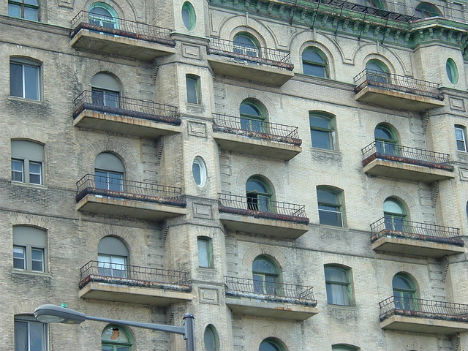 In 1948, it was sold to Father Divine, leader of the Universal Peace Mission Movement, who had a new idea for it: turning it into the first racially integrated hotel of its kind. Open to all who were willing to obey the rules of the movement, which included abstaining from smoking and drinking and separating men from women (even if they were married), the hotel also offered spaces for public use, like a low-cost dining hall and a place of worship. After Divine’s death in 2000, the hotel was sold; it was added to the National Register of Historic Places in 2002.