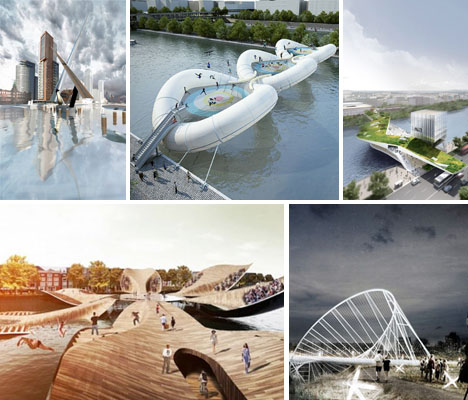 Even ordinary bridges are complex structures, but add in multiple levels,  undulating ribbons of steel, elements that dip into the water or roads that split into scissor-like blades and you’ve got quite a dynamic feat of engineering. Some of those potential feats are a little more achievable than others. These 14 (more!) bridge concepts include a few innovative designs that are actually going to be built, while others have been deemed ‘too crazy’ to ever be real. 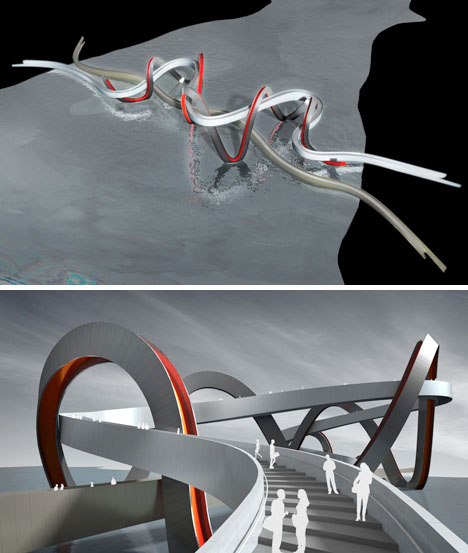 The competition this concept was shortlisted for has been canceled, so it may never be achieved in physical form. Denton Corker Marshall architects designed this bridge for Jinsha Lake in Hangzhou, with one ribbon offering a flat surface for cyclists, one rising into the air to offer various views, and a third decorative ribbon winding between the first two. 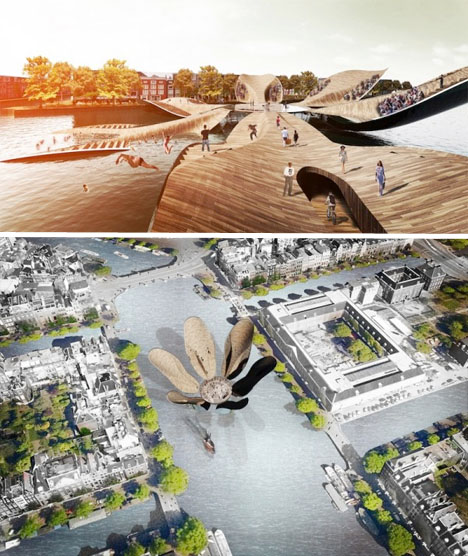 The ‘petals’ of this wooden bridge blossom and unfold in various configurations throughout the day, variously allowing pedestrians to cross the water or, if they so desire, jump in. Designed by MLBS Architects, the Tulip Bridge functions as a symbolic landmark for Amsterdam. When all of its petals are flat, it makes up a large plaza with plenty of room for the flow of pedestrians, but when all of the petals are raised (except for one that allows entry) it can turn into an exhibition space. 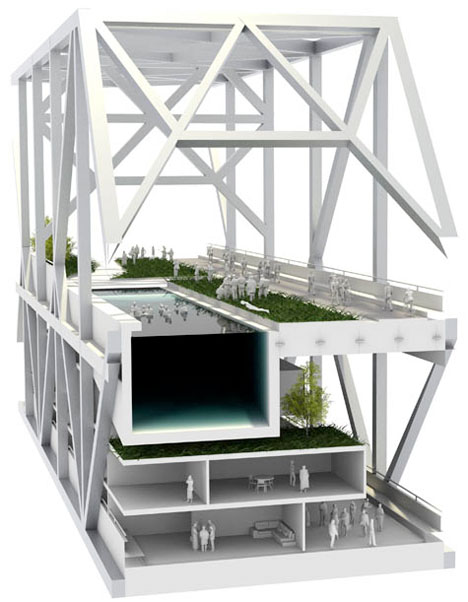 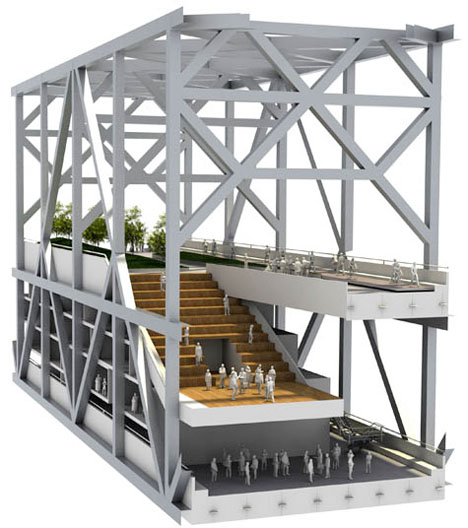 The September 2nd, 2013 opening of the new East Span of the San Francisco-Oakland Bay Bridge made the old one obsolete: so what to do with it? Some have called for it to be broken up and made into housing, others want to see it converted into a public park. Architects Rael San Fratello have a few tongue-in-cheek designs taking these ideas into consideration. How about bike paths, combing walls, outdoor cinemas, hotel rooms and a giant swimming pool? Together, these ideas may be a little over the top, but they present a few intriguing possibilities. 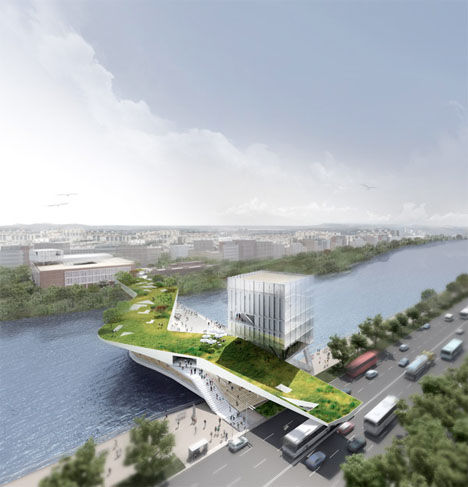 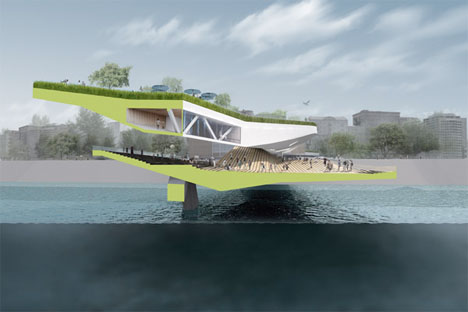 A sinuous bridge mimicking the waves of the river below it could act as a cultural center of Seville, Spain. This concept incorporates two layers – a sunny, grassy surface on top, and a shaded area with stepped seating closer to the water. The proposal also incorporates an existing tobacco factory, renovating it into an auditorium with a ground level piazza. 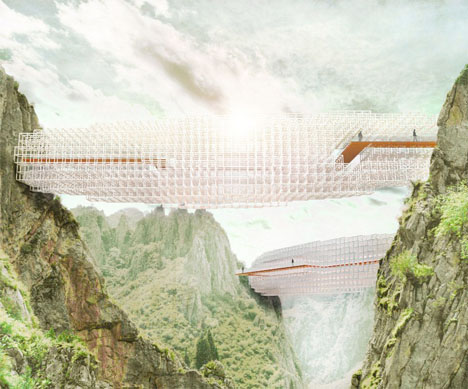 This design doesn’t exactly conform to the general idea of what a bridge is, and should be. Unusual and unexpected, ‘Cloudbridge’ by Arturo Tedeschi architects creates a non-linear path between two points. The shape was determined by an algorithm that produces a cloud-shaped grid balancing the asymmetric loads of the footbridge.