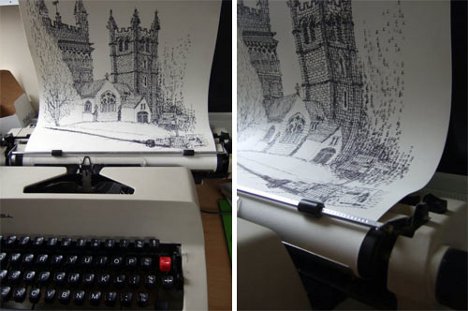 For more than a century, typewriters were an essential office tool. The constant click-clack of keys could be heard echoing in the halls of every workplace, providing a constant soundtrack to the workday. But beginning in the 1980s, word processors and computers began edging the humble typewriter out of the office and eventually into the arms of vintage technology collectors. Keira Rathbone is one such collector, but she does much more than lining her shelves with her beloved vintage typewriters. She creates unique, intricate works of art using nothing more than a vintage typewriter and a piece of white paper. 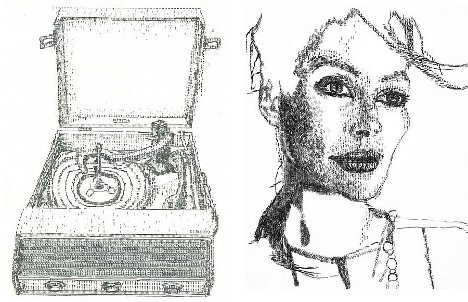 With more than 30 typewriters in her collection, Rathbone has an impressive piece of history at her disposal. But unlike most other collectors, she doesn’t allow her beloved objects to simply collect dust; she uses them to create portraits of her world. She applies characters to the paper one line at a time, carefully going backward and forward to apply layers of shading, just like a painter uses a brush. 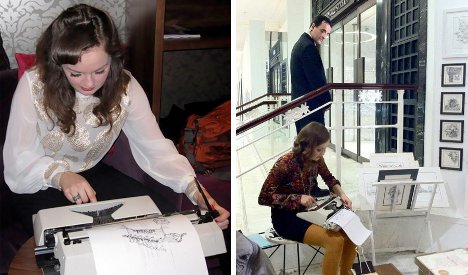 London-based Rathbone is something of a performance artist, creating her unusual art in public while wearing the clothing of the era in which that day’s typewriter was produced. Her unusual method and fascinating art attracts plenty of attention from passers-by, some of whom stop long enough to share their own stories or memories about the heyday of typewriters. 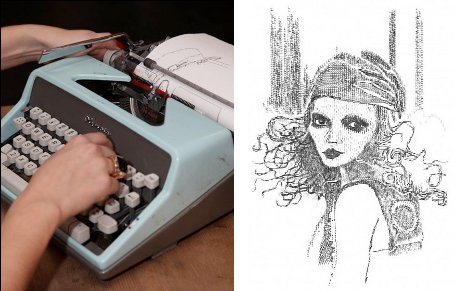 The work is very similar to ASCII art, the digital version of what Rathbone creates. The biggest difference is that a digital canvas doesn’t allow for the rich layers of characters that Rathbone uses. By going over the same area of the paper multiple times, she is able to create amazing depth that rivals even the more traditional artistic materials.

Perhaps most incredible of all is the fact that Rathbone creates these works of art with no preliminary sketches. Her expert eye is so well-tuned that she can simply look at the object or scene she wants to paint and recreate it on whichever typewriter she has chosen for the piece. Different character sets from foreign typewriters are especially exciting for this artist, who considers them akin to entirely new palettes for her exploration.