Artist Chris McMahon looks at cheap thrift store landscape paintings and sees something missing. Then he paints in the hidden monsters for all to enjoy. 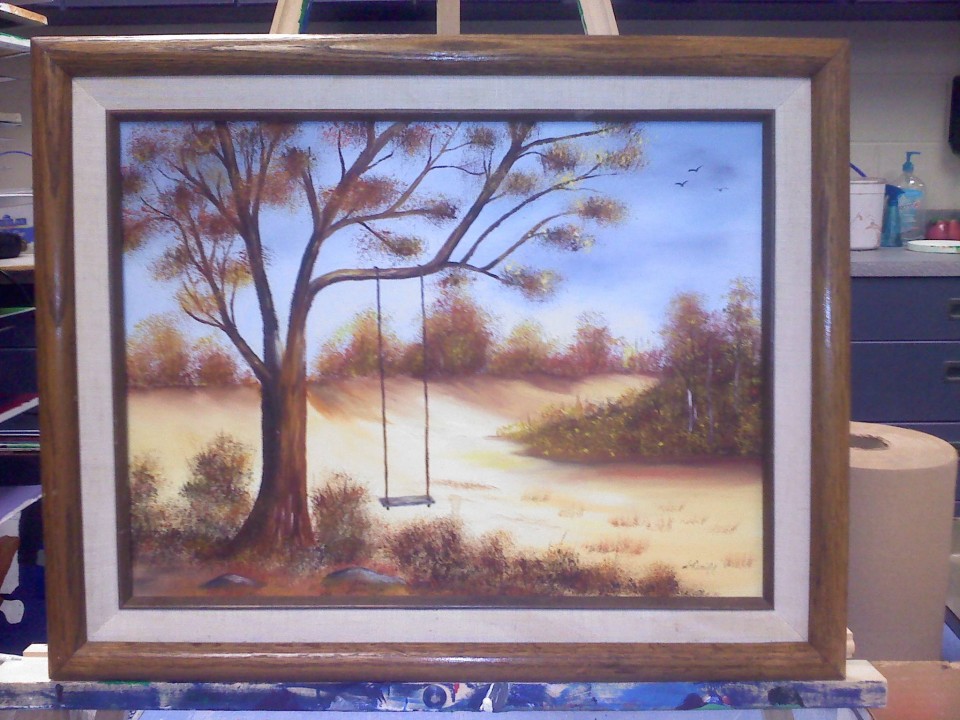 McMahon first began buying thrift store landscape paintings for economic reasons: often costing a mere dollar apiece, the paintings were far cheaper than new, unused canvases and McMahon saved plenty by covering the dime-a-dozen scenes with gesso and starting anew. That all changed one day when McMahon bought a landscape scene that caught his attention – not for what it showed but for what appeared to be missing. Check out the original “The Empty Swing” painting above and you’ll probably agree, though McMahon’s “completion” of the scene might not sit well with overly imaginative squeamish types. 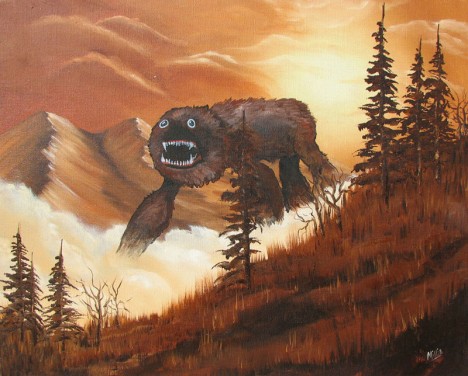 “I’ve always liked giant monsters,” admits McMahon at his website, Involuntary Collaborations, “from rubber-suit Godzilla to Cloverfield.” We think The Mountain Monster, above, is a worthy addition to the pantheon. Stalking ominously through a backlit landscape of stunted conifers and fetid mist, the crazed creature appears to fit the scene perfectly. One wonder if the original artist would agree should they be presented with McMahon’s respectful augmentation. 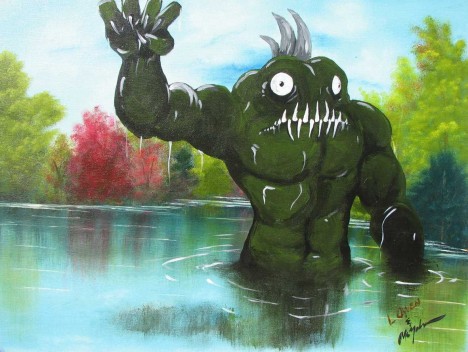 Somehow the swamp monster in the eponymously titled painting above, McMahon’s third such dip in the Involuntary Collaboration pool, doesn’t seem all that monstrous given he (or she) is giving the viewer a friendly wave. Even so, the scene is disconcerting to say the least. “This is the first one that I added my signature below the original artist’s,” states McMahon. “I feel better if the original artist has signed his or her landscape – that way it doesn’t look (as much) like I’m taking credit for another person’s work.”