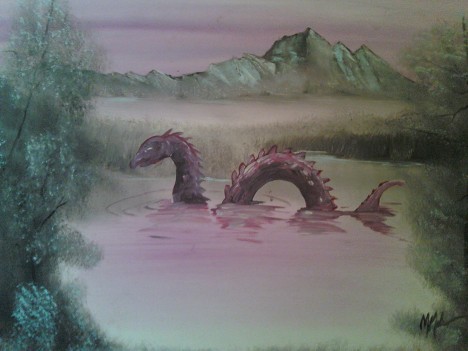 “The Sea Serpent“, above, is the painting that got the ball rolling for McMahon. Though the $1 price tag originally attracted McMahon’s eye, “It had an ominous purpleness to it – somewhat moody, with mountains in the distance and a large, empty pool of water in the foreground. The landscape itself almost created a frame, the center of which, I felt, was notably absent a subject. So for the first time, I decided not to destroy a cheap landscape painting, but to finish it.” And so it began… 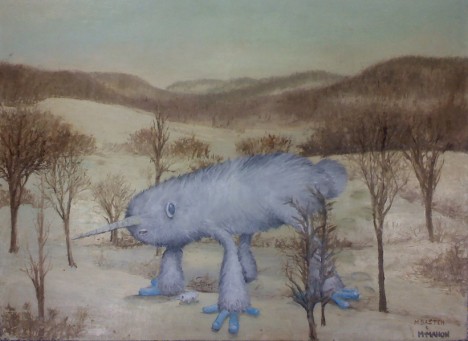 Anyone impressed enough by McMahon’s monstrous modifications to make their own attempts at “improving” thrift shop paintings would do well to heed the artist’s explanation of the process – the subject in this case being Sub-Arctic Land Narwhal. 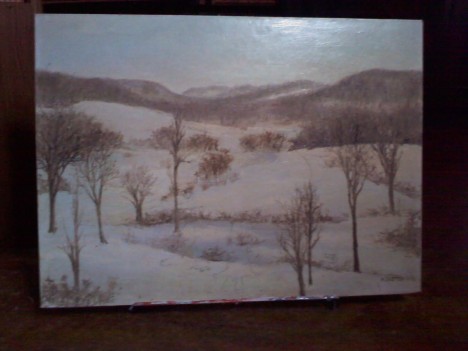 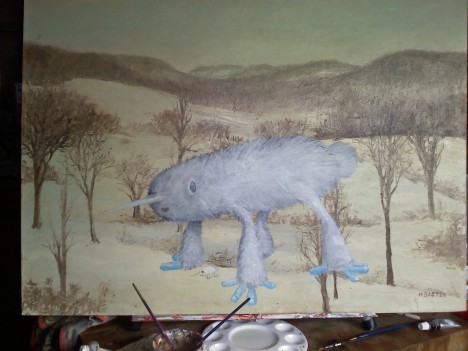 McMahon felt a twinge of hesitation before embarking on this particular involuntary collaboration, being as the original oil painting dates from 1965 – hardly a renaissance masterwork but still. With a shrug of the shoulders and a flick of his brush, however, McMahon dove into his mission. As one can see, adding new content to an old painting requires some unconventional techniques. In the above case, once the Sub-Arctic Land Narwhal (and her “cub”) were painted in, some of the original elements such as trees had to be re-painted in order to restore a semblance of depth.

Throat Shark Is Just Looking For A Good Time 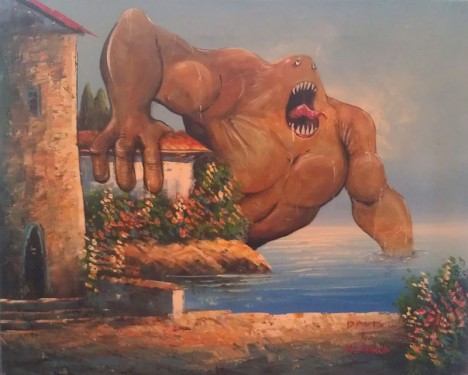 The typical thrift shop landscape painting formerly ensconced in your grandparents’ living room depicts an idyllic, timeless scene in which nothing is happening and nothing can go wrong… and to Chris McMahon, that’s just wrong! In “Throat Shark“, a truly monstrous figment of McMahon’s imagination looms around the corner of an otherwise pleasant Italianesque country villa. Note the creature’s dead, lifeless eyes… like a doll’s eyes.