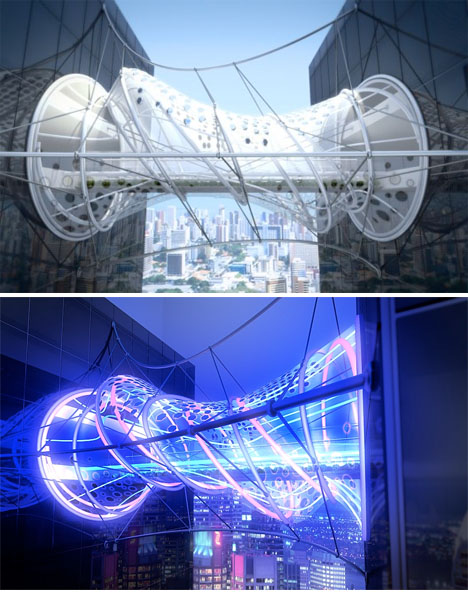 Not exactly your average skybridge, the winning proposal for the Building to Building Pedestrian Bridge Challenge is a shape-shifting helix that responds to the movements of the people walking across it. Made of flexible tensile materials, the bridge shifts as tension is applied to various points. 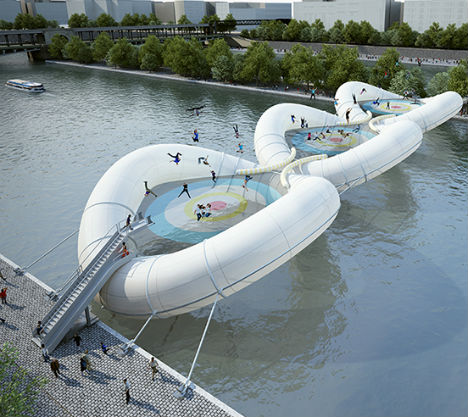 Why just walk across a regular pedestrian bridge when you could bounce across an inflatable one? This concept by Paris-based studio AZC creates an urban playground that aims to bring city dwellers back to “a state of primal happiness, of ancestral times when body and spirit were essentially free.”

Garden Bridge Over the Thames by Thomas Heatherwick 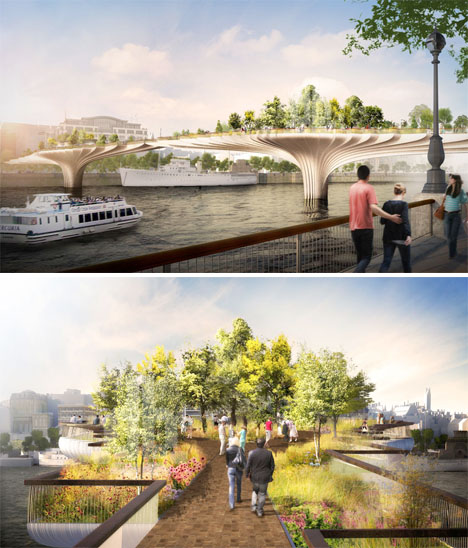 The Thames River would get a new elevated park in the form of a sculptural pedestrian bridge in this concept by Thomas Heatherwick. The design has been selected by Transport for London to become a reality, forming a new public green space for the city of London.

Too Crazy for a Bridge Design Competition? 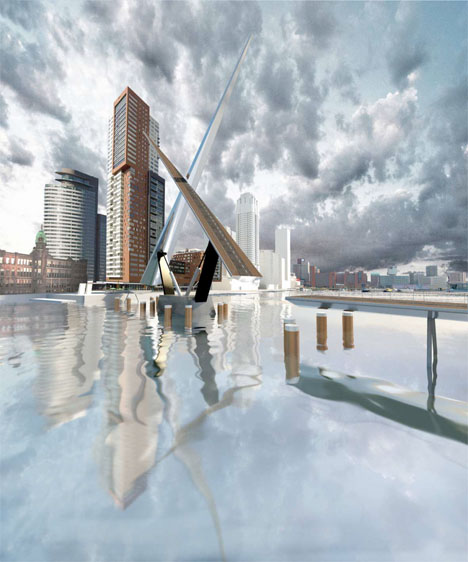 This concept for a Rotterdam Bridge by Bureau SLA turns a road into scissor-like blades that rise up to allow ships to pass. But according to competition officials, it’s just too crazy. A spokesperson said, “The city’s engineers still cannot believe it. This is too difficult, surely this is madness! The best thing to do and be done with the whole conundrum is to disqualify the entry.”