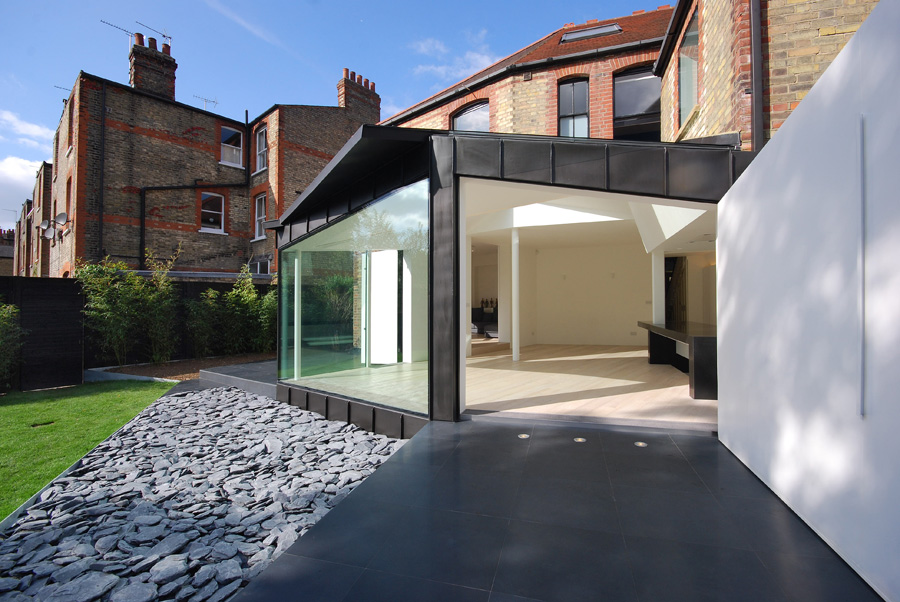 Stretching out of the original structures like alien growths, these modern additions don’t even bother trying to blend in with their traditional architectural settings – but somehow, it works. The mashup of old and new keeps the historic character of the original structures intact while updating them for use by 21st-century residents, expanding the available space in unexpected ways. 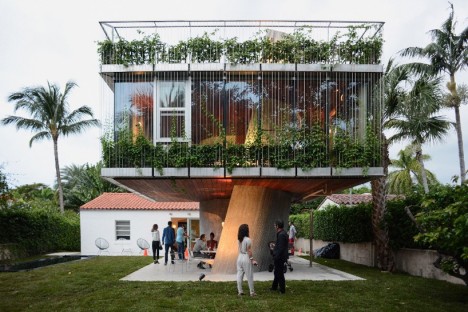 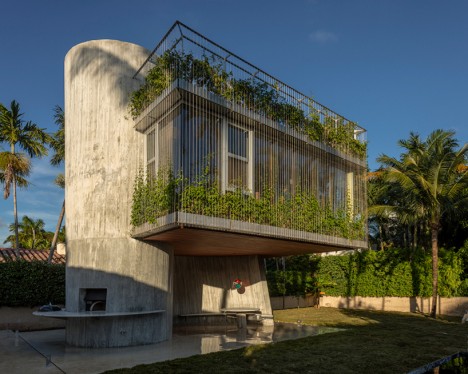 This three-story extension certainly isn’t trying to blend in with the modest 1930s Miami bungalow that can be seen peeking out from behind it. Sun Path House by Studio Christian Wassman sits upon a spiraling concrete structure containing a kitchen, which connects to the original house. 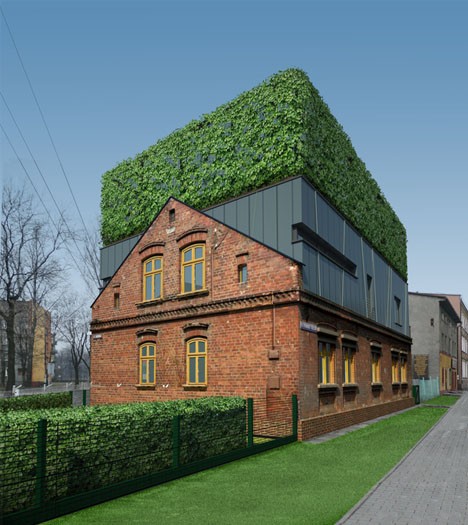 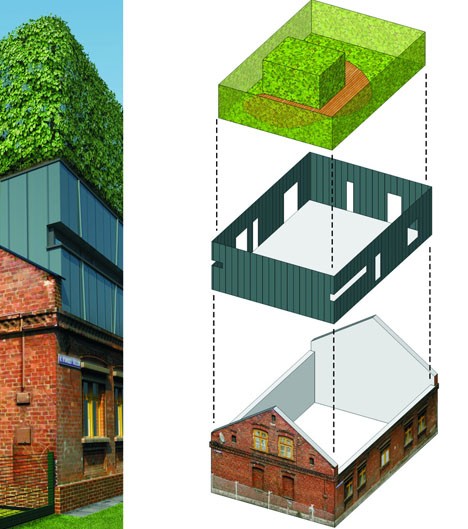 This concept by Zawelski Architecture Group literally raises the roof of an aging brick house with a sandwich of elements that hide a terrace inside the top story. The original structure houses the living spaces, the middle envelope contains private spaces like bedrooms and bathrooms, and a fence of ivy conceals a perfectly private backyard. 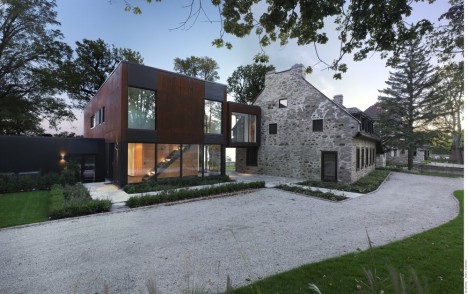 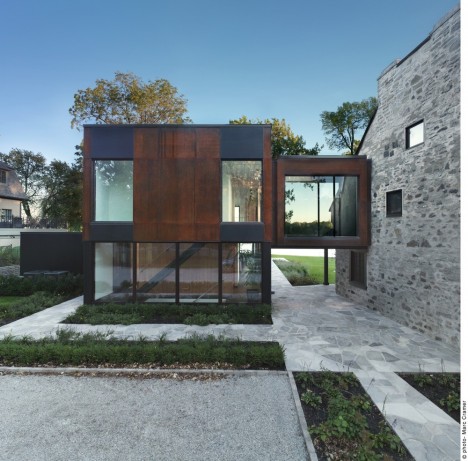 A 200-year-old stone house in Canada gets a striking metal-clad addition in this project by Henri Cleinge. The stark transition between old and new is meant to express the passage of time, the new volume representing the modern-day family and the old representing their ancestors. 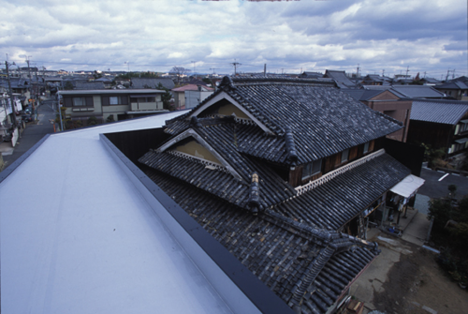 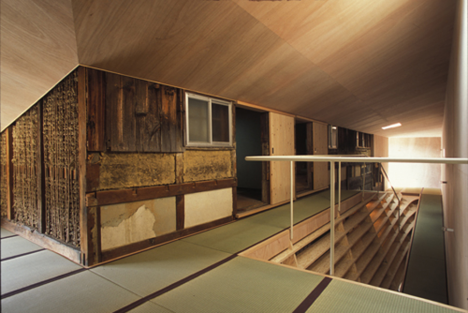 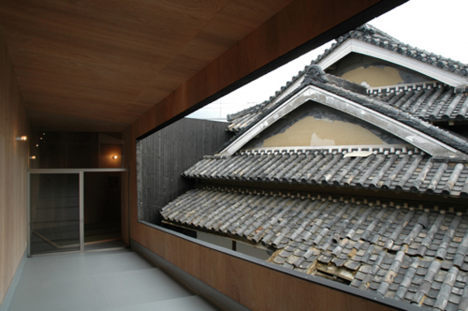 A new wooden building wraps protectively around a 300-year-old wooden gate house in Japan, extending its space while leaving the original structure virtually untouched other than sections that were beyond repair. The new structure provides extra earthquake resistance, and though it’s clearly contemporary, its burnt cedar walls pay tribute to the architectural vernacular of the town.

Cosgriff House: Sleek in the Suburbs 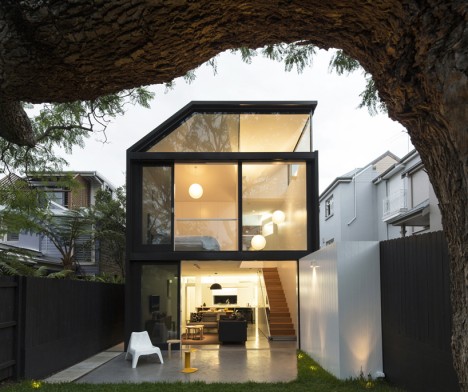 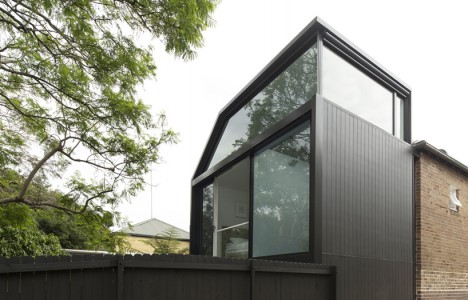 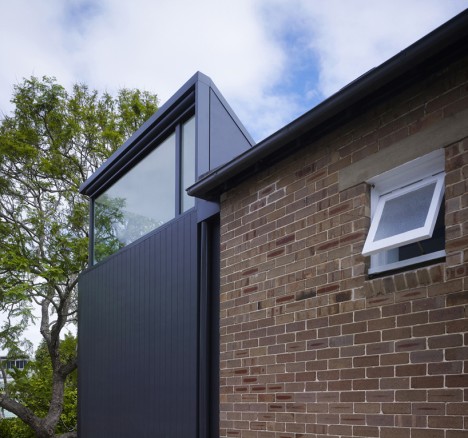 A striking new extension provides three new levels of living spaces without dwarfing the standard suburban Australian home it’s attached to. Architect Christopher Polly followed the form and contours of the house, inserting a large new living area beneath it.