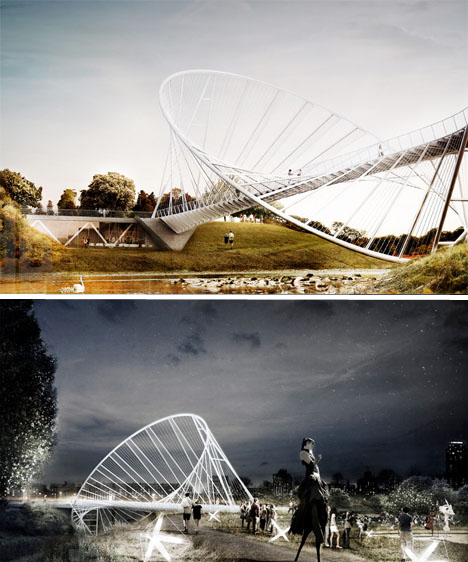 Viewed from the side, this proposal for the Meadows Salford Bridge Competition by Penda architects looks like a normal suspended bridge – but as you get closer, you see that it opens up into a rounded volume that encircles pedestrians as they cross. 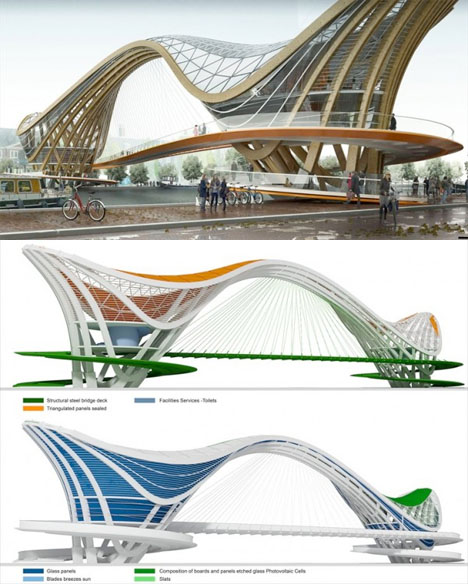 Another inhabitable bridge concept uses laminated wood beams in an unexpected way, as the framework for an undulating form that stretches high into the sky above a canal in Amsterdam. Cafes, restaurants, bike paths and other amenities encourage people to hang out and relax, in an intentional echo of the openness of the city’s culture. 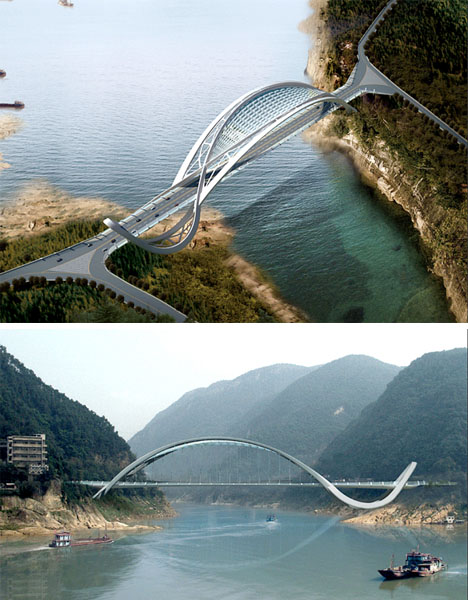 This suspension bridge for the Chongqing municipality in China has a dragon-like shape when viewed from the top, seeming to dip down into the water when seen from the side. 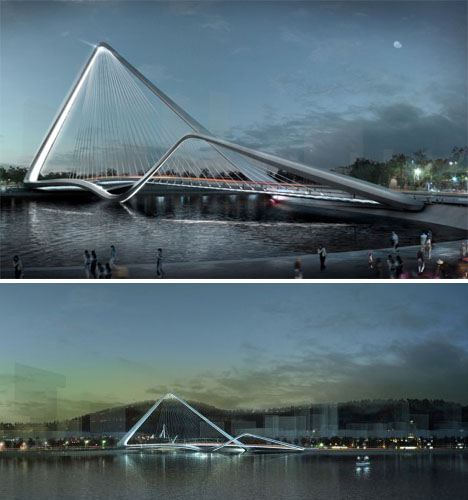 A competition proposal for a gateway to south China’s new planned commercial hub consists of an undulating ribbon that wraps around a six-lane road deck in a continuous loop. The two triangular arches formed by the loop support the road with suspension cables. 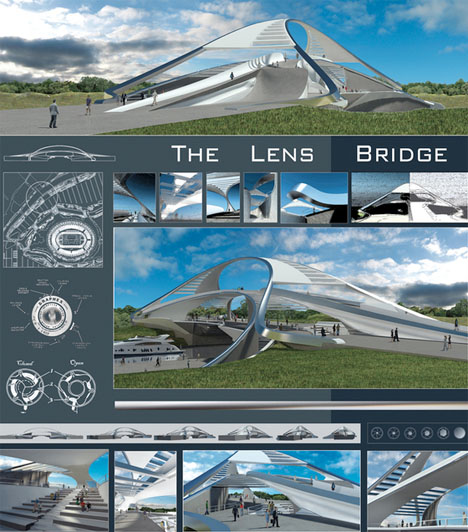 Designer Nikolay Tsochev envisions the ‘Lens Bridge’ for the River Lea in London, linking the five boroughs together with a structure that’s a recreation space as well as a functional crossing. While its design is quite striking, it isn’t meant to be seen from afar; it’s dug into the earth and enveloped by trees to make it feel like a secret part of the park.